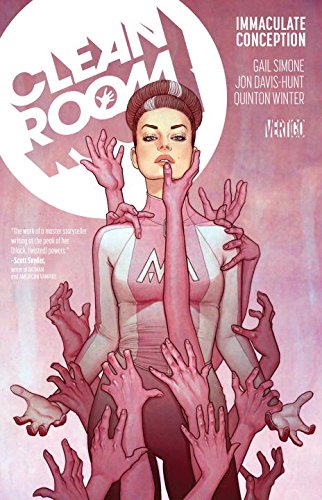 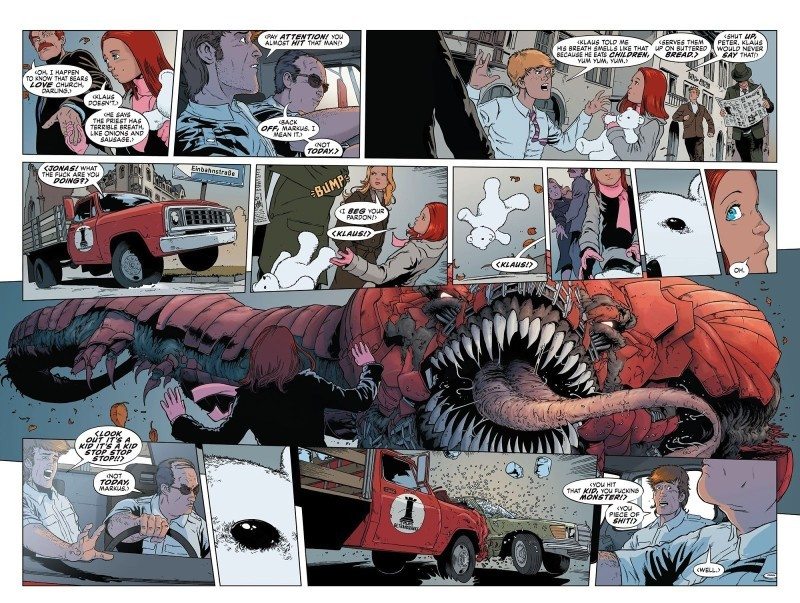 Clean Room teases and terrifies because we’re so used to graphic novels where the astute reader can join the dots to produce a complete picture. It’s absent here as Gail Simone and Jon Davis-Hunt conjure up the unease, intimidation and frustration so successfully exploited by The Prisoner in the 1960s. Snippets are dangled in front of the audience, very nicely drawn by Davis-Hunt, but they don’t coalesce for a complete picture.

At it’s heart Clean Room is the story of two women whose lives have been blighted by tragedies decades apart. Astrid Mueller was the victim of an insane driver during her German childhood. She’s grown up to become the best-selling author of personal betterment books and to run what from the outside seems a very sinister organisation. Journalist Chloe Pierce’s life fell apart when her boyfriend killed himself, a path she was also taking until rescued. Her survival prompted her to investigate Mueller, as she believes the Honest World Foundation and its methods changed her boyfriend.

So, what’s a clean room got to do with anything? Glad you asked. It’s the equivalent of those big balloon things in The Prisoner. It’s there, it’s seen, it’s menacing and unpleasant, but the whys and wherefores of it remain untold, in Immaculate Conception at least. Narratively, it’s a means of confronting fear, of which there’s plenty.

What’s surprising is that Simone manages so much with suggesting so little, and with Davis-Hunt drawing everything in an attractive clear line style providing a welcome with the kettle boiling rather than a punch to the gut. Hell, the most sinister member of the cast even resembles the elderly James Stewart, as wholesome and comforting a figure as ever seen on TV screens.

Clean Room is twisted visceral horror of both the human and the demonic kind, and it’s compulsive, flowing reading. It continues in Exile. 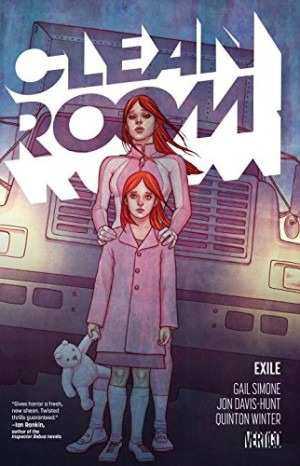