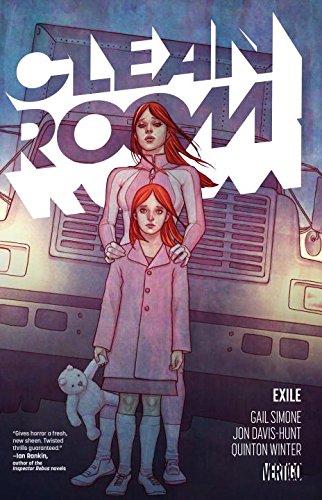 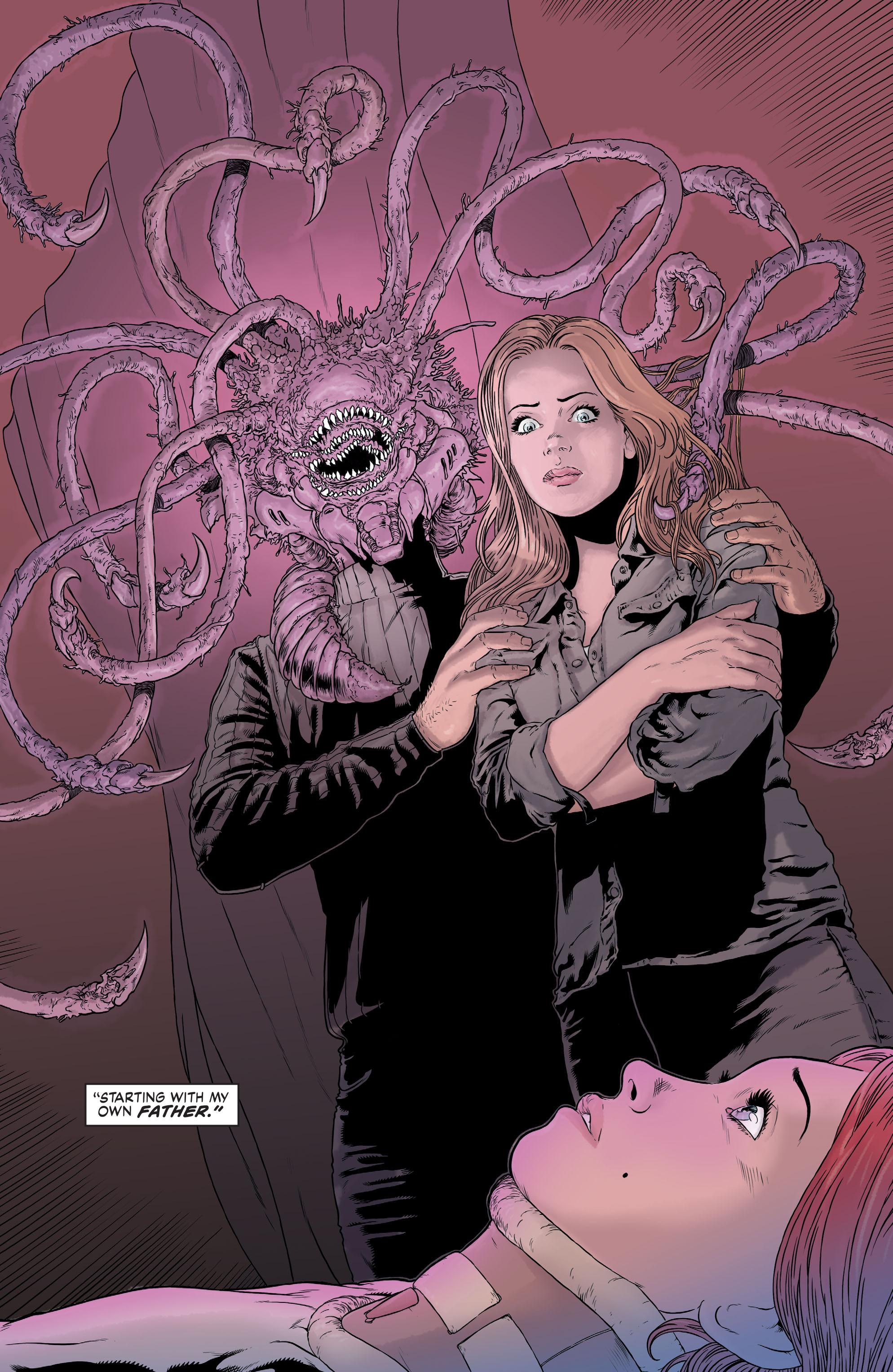 A whole catalogue of horrific incidents were detailed in volume one’s Immaculate Conception without revealing the entire picture. Central to affairs is Astrid Mueller, who since she was involved in one of those horrific incidents aged seven has been able to see the demons within people. This is reiterated in the opening chapter, and this is a skill or curse that’s shaped her subsequent life. Twenty years later she heads a foundation considered an exploitative new age religion by some, and salvation by others. What we don’t know, precisely, is how she accesses astonishing technology like the Clean Room of the title.

Astrid has plenty of enemies, including journalist Chloe Pierce, whose boyfriend committed suicide after association with the Honest World Foundation, and who’s receiving insights of her own. She’s part of a fascinating cast Gail Simone has built up, already well enough defined that it seems we’ll know how they’ll react to any given situation. What we don’t know is where the plot is going, and Simone pulls several surprises to screw with preconceptions, one of them happening early and having an effect for the remainder of the book.

Jon Davis-Hunt has come on in leaps and bounds since his early artwork for 2000AD. The promise was always there, but keeping a consistent standard as deadlines approached was a problem. It’s not any longer. Exile has page after page of attractive looking storytelling that seduces, and so accentuates the horror when it comes. There’s no lack of imagination to his demons, monsters and other atrocities, but they’re all absorbed into his clean definition, which accentuates their skin-crawling effect.

Simone takes a drip-feed approach both to filling in the background and to hinting at the future, but has so much of interest occurring that it doesn’t matter. Better still, it’s all plotted to draw to a conclusion of sorts in the final pages while still leaving more than enough material for the future. Clean Room continues to be first rate horror drama and continues with Waiting for the Stars to Fall.