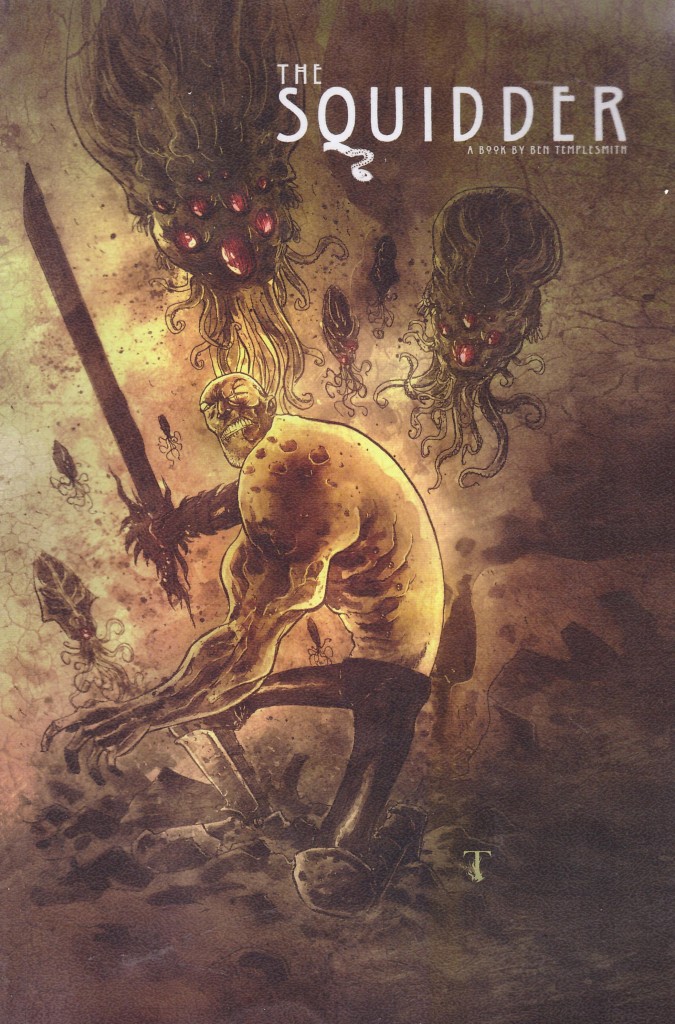 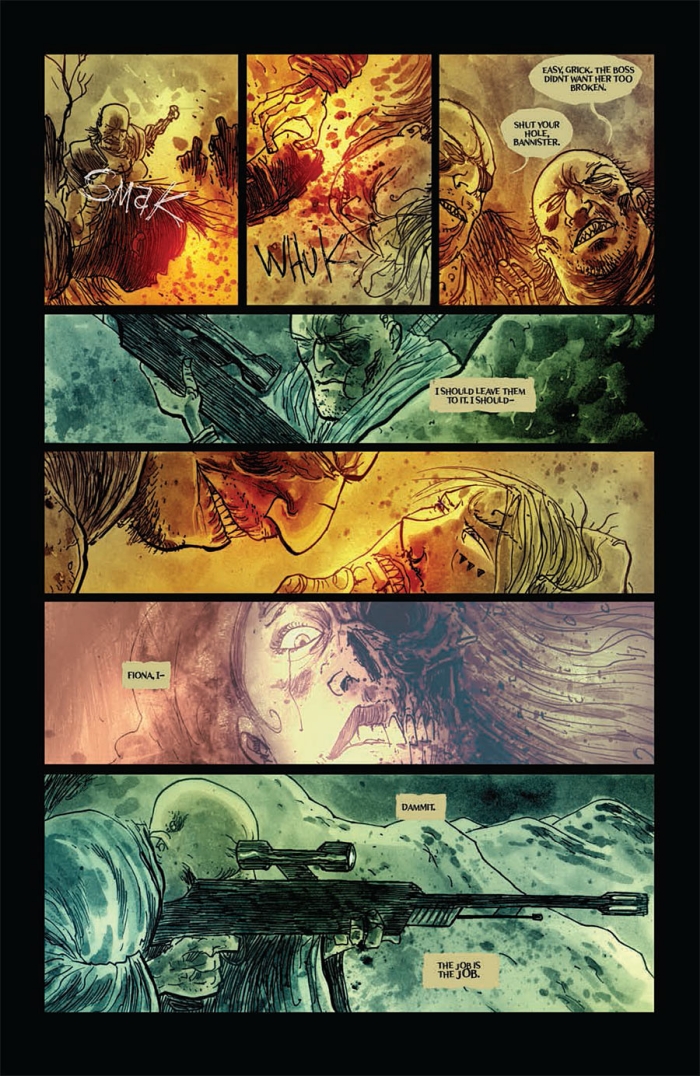 Ben Templesmith’s comic career to 2015 had been collaborating with others on horror projects, most notably 30 Days of Night, but this is his first solo work. In his introduction he notes he’s never lacked for ideas, and what he was aiming at was the action films of Dolph Lundgren. Well, if Dolph can ever raise the money he could do far worse than try for an adaptation.

The type of action feature Templesmith set his sights on features a strong but vulnerable hero with a tragic backstory, able to walk the walk as he talks the talk. He’ll get knocked down, but he’ll get up again. This is the Squidder a genetically modified remnant from the time when humanity still believed a war against the invading alien squid beings was winnable. Most humans have now accepted that it isn’t, and live a life of subservience in increasingly lawless communities, or one of collaboration. The Squidder’s wife died decades ago, his time has passed and he’s looking for one last mission to go out in a blaze of glory. He may just have found it.

The plot hits all the right notes, and if there are a few glitches in the narrative captions and the overwrought villain’s dialogue, they’re not fatal, and Templesmith is also capable of some fine stirring speeches and tough guy lines. For all that it’s Templesmith’s art that’s the selling point, and his depiction of this lone warrior is stirring stuff indeed. He strides across a befouled landscape largely populated by the irredeemable whose sins are written on their faces, and that’s before any serious encounters with the squidgy squids. Templesmith’s scratchy style is proven to be suited to the intimacies of horror, and there are such moments here, but he’s also good with the nightmarish bigger picture. Again, this isn’t perfection, and there are places where following the action is tricky, but they’re far outweighed by the dank spectacle.

Better plotting decisions might have been to leave well enough alone without attempting explain the past, to dispense with the explanation of the squid creatures and to forget about the silly sex scene and get to its result some other way. All, however, just a few wrong-footed pages among the general thrills. Like your horror action thriller? The Squidder is definitely for you.