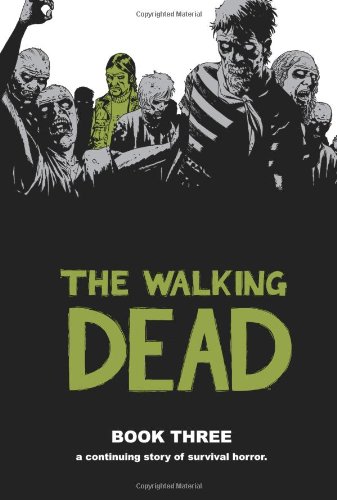 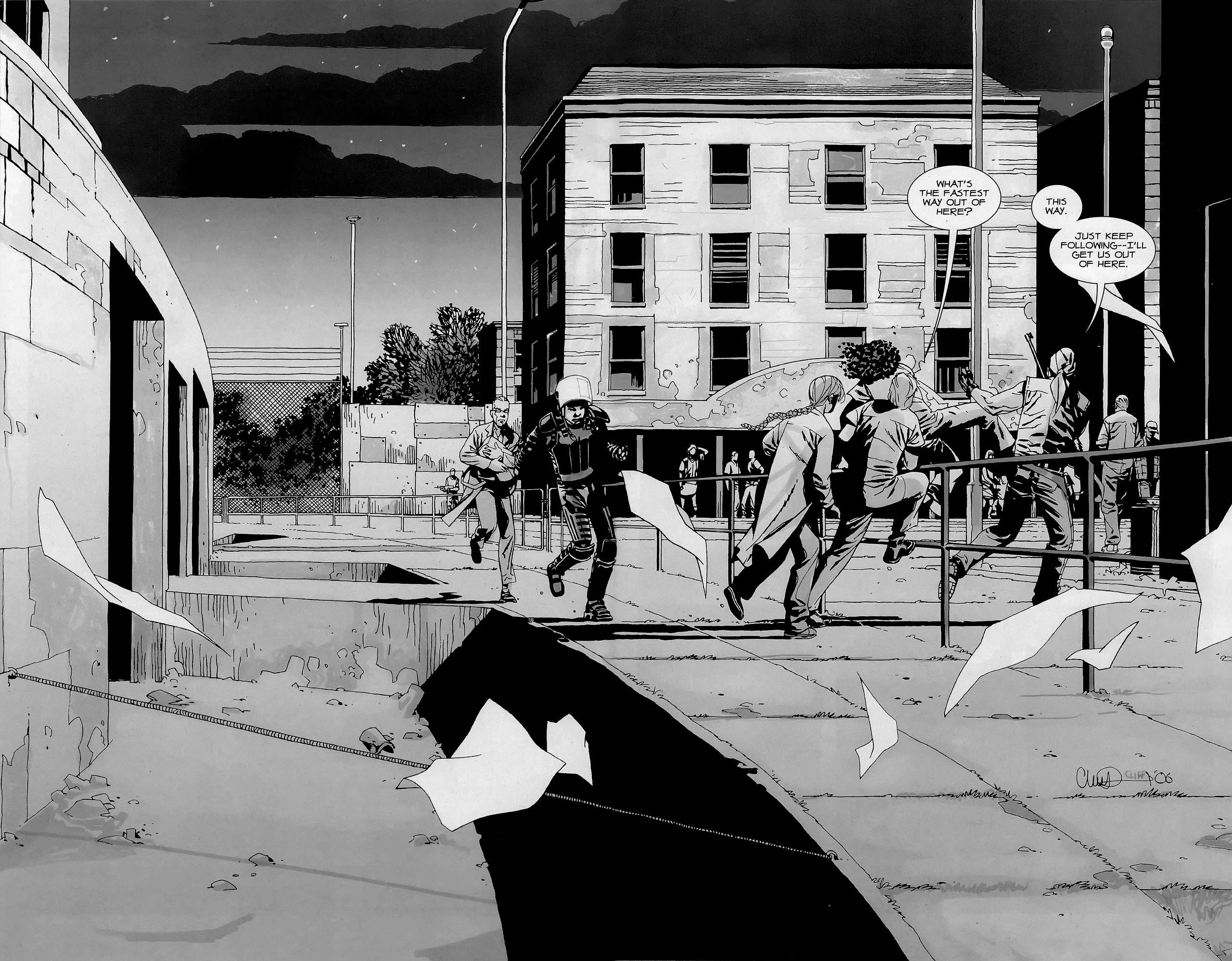 Michonne was introduced in the previous book, memorably accompanied by two chained zombies. Beyond that, though, her purpose appeared to be merely to set the cat among the pigeons regarding the assorted relationships between members of the group sheltering in the prison. In this collection she comes into her own.

This differs from Book One and Book Two in presenting a story that encompasses the entire page count in itself, beginning with the optimism of discovering protective riot gear in the storerooms, and descending into some pretty gruesome material. It turns out there are worse things out there than zombies.

Until this point when the small groups of humans have encountered each other it’s been a positive experience, fostered by a shared understanding of what awaits anyone ostracised. Yet, communities are isolated, travelling too far isn’t really an option, and micro-societies develop. Welcome to Woodbury. It’s not an experience those who visit will forget in a hurry.

Robert Kirkman starts matters in a relatively languid manner, recovering instantly from Book Two’s ill-advised step into the spotlighting of romantic issues, which didn’t play to his strengths. Here we’re back to conversational characterisation during a period of relative calm. He’s toying with us, though, as this is the most horrific pair of stories to date, leaving one cast member permanently maimed, providing a very unpleasant insight into another, and dropping one fantastic shock ending to a chapter. It’s a cheat, and rapidly resolved, but the shock’s a good one.

Charlie Adlard’s art is, in places, far more explicit than in earlier material, possibly a deliberate cathartic response to someone enduring a thoroughly deserved retribution. “You passed out when I nailed your prick to that board you’re on. I wouldn’t do much moving if I were you”, just about sums matters up. And it doesn’t end there.

If you’d prefer, you can locate the content spread across two cheaper paperbacks titled The Best Defense and This Sorrowful Life, or as part of the oversize eight volume collection The Walking Dead Compendium volume one. They’re also in the second The Walking Dead Deluxe Hardcover.