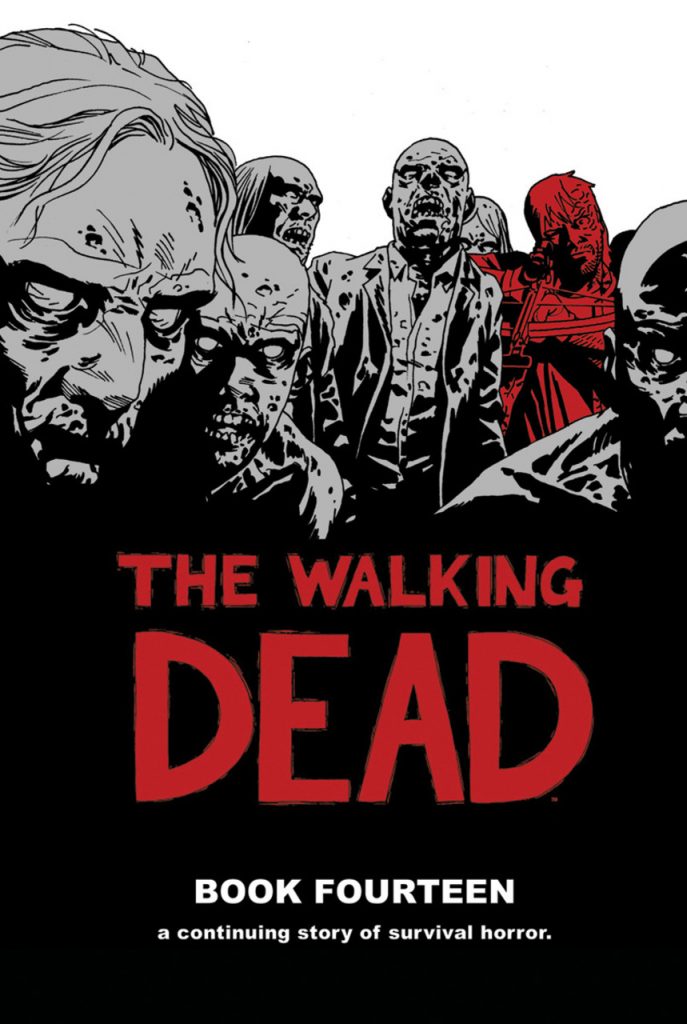 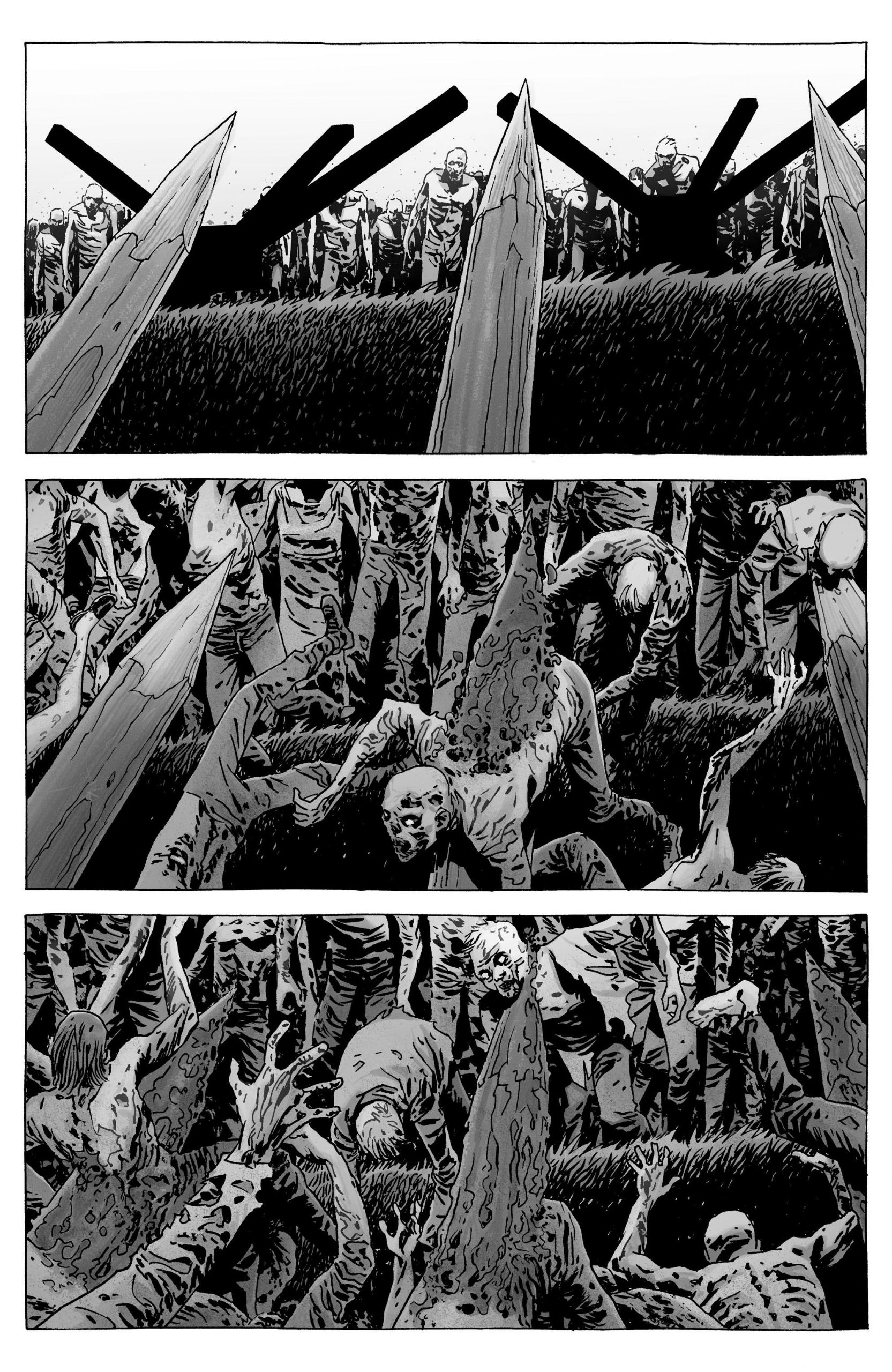 The Walking Dead has seen some epics before, but the material collected in Book Fourteen tops them. That’s to do with Robert Kirkman being an ever improving writer, conscious that The Walking Dead could fall into repetition and ensuring it avoids that, and Charlie Adlard being an amazingly consistent artist as good with emotional depth as he is with zombies being sliced.

A very real threat is presented by the Whisperers, their appalling mindset and the vast herd of zombies they control. Give Kirkman credit for that to begin with, yet they’re just a means to an end because his real interest is the dramatic exploration of the cast in crisis. On several occasions he appears to have backed himself into a narrative corner, a place with the smallest of wriggle room, and each time the plot emerges somewhere stronger.

This is a book of two halves, original paperbacks The Whisperer War and A Certain Doom combining for a complete story, but having a very different mood about them. There’s a long, dark night of the soul for Rick Grimes. We’ve seen him have these before, but this is the amplified version. “People still need you”, he’s told, “You have to keep doing what you’re doing. You have to stay strong”. As ever, context is all, transforming what could be a standard pep talk given by a sports coach into the full emotional kick to the guts. Many others also experience change or transformation. Given what he did at the end of Book Thirteen, can the manipulative Negan be taken at his word? Can Lydia? Has Eugene discovered hope or danger? On a few occasions a line or two will slip into melodrama, but given the phenomenal proper drama that can be excused. Anyone who’s lived with the cast for a long time will be torn to bits in places. Another minor caveat concerns the sheer size of the cast now, requiring a good memory to keep everyone straight, but even if people haven’t been seen for a while, their moments resonate.

War and zombie invasion bring terror, opportunity and make for strange bedfellows, all comprehensively explored amid the visceral dangers, making for an utterly thrilling read. It’s the best of the Walking Dead hardcovers. But maybe Book Fifteen is even better…

Alternatively the content of the final eight trades is combined as the fourth Walking Dead Compendium. 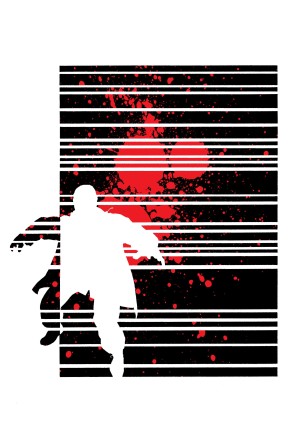 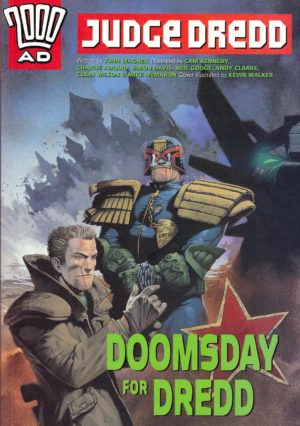