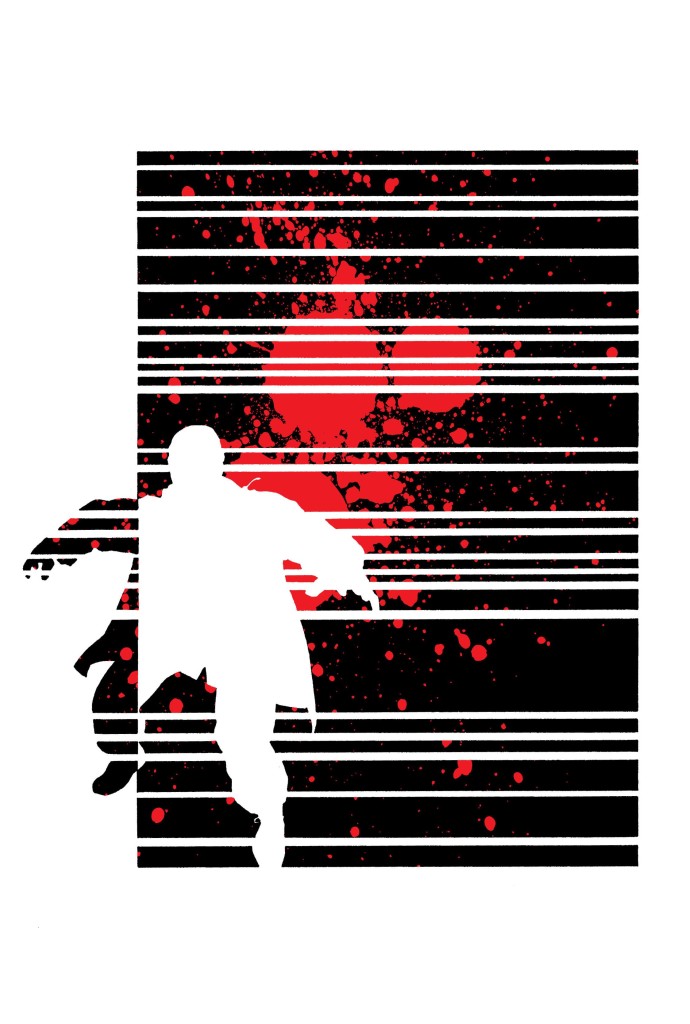 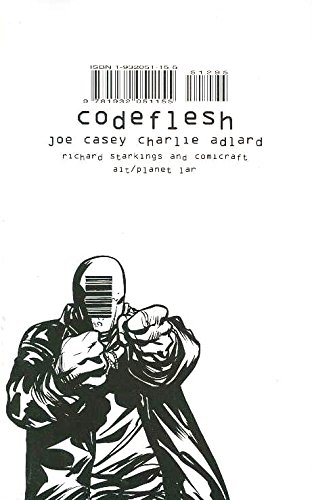 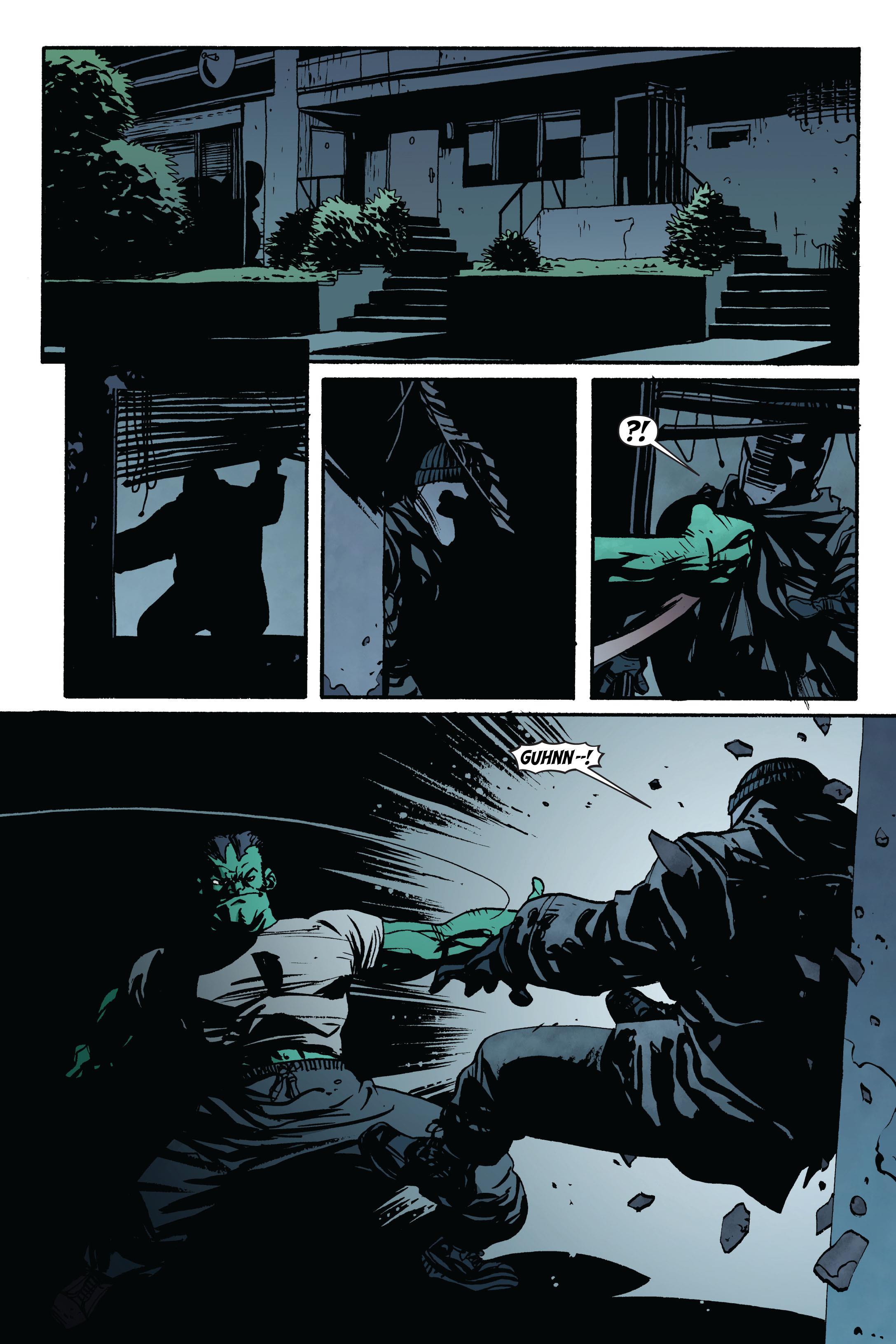 Cam Daltrey is a bail bondsman, putting up the cash for those due for trial in order that the intervening period isn’t spent warming a jail cell. He’s very good at his job, and the part he enjoys the most is when his clients skip bail, enabling him to track them down and administer a beating. He carries this out wearing a hood with a UPC code on, because he’s under a court restraining order for previous violent behaviour, but tells his girlfriend that he’s contracted that part of the job to someone else, instead just standing her up time after time.

Joe Casey entrenches Cam firmly in the tradition of crime noir losers, the guys who try to do good, but always end up in the bar or the strip joint drowning their sorrows, having struck out again. For all that, it’s difficult to work up any sympathy as he’s so one-dimensional. Cam operates in a world of minor league super powers, and despite his clients all being cameos, to a man they’re more interesting than Cam himself. That’s despite Casey spending considerable time spotlighting our Cam. There’s rarely a page on which he doesn’t feature, yet we learn little more about him other than he likes a good dust-up and has vague regrets about deceiving his girlfriend.

However, just when you have this pegged as not having anything out of the ordinary to offer Casey throws in a tremendous experimental chapter toying with form. The words emerging from the mouths of all characters are Cam’s, but the actions tell portions of a different tale as Cam belatedly realises what’s most important to him. It wouldn’t work long term, but for a single chapter diversion it’s very clever.

In his introduction Charlie Adlard notes his fondness for Codeflesh, considering it his first step into the less than secure waters of creator owned properties. His storytelling has always been strong, and although reissued in 2009, Codeflesh pre-dates his Walking Dead illustration. His visual for Cam’s costumed identity is innovative, and Casey’s afterword cites The Spirit as an inspiration as a crimefighter who bears his bruises. However, there’s no explanation for the distinctive UPC design as anything other than visually stimulating, which is some omission.

Despite their enthusiasm for Codeflesh, both creators have worked on better material, and the masked crimefighter and bail bondsman were better combined in the long-forgotten Crossfire. The current Image hardcover is a reissue and a standard paperback collection publisher by AIT/Planet Lar in 2003 is still readily available second hand. 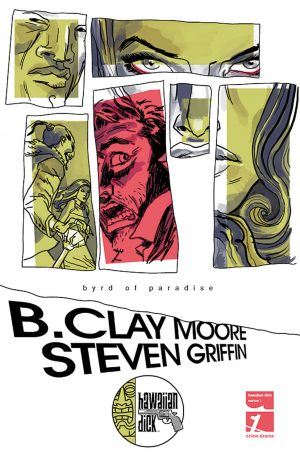