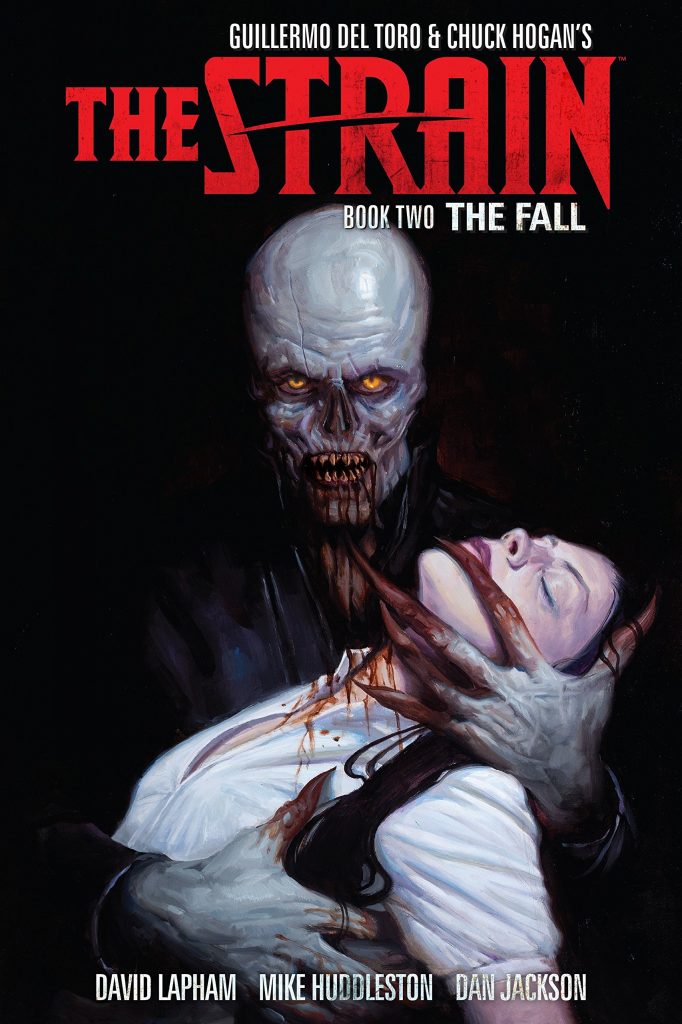 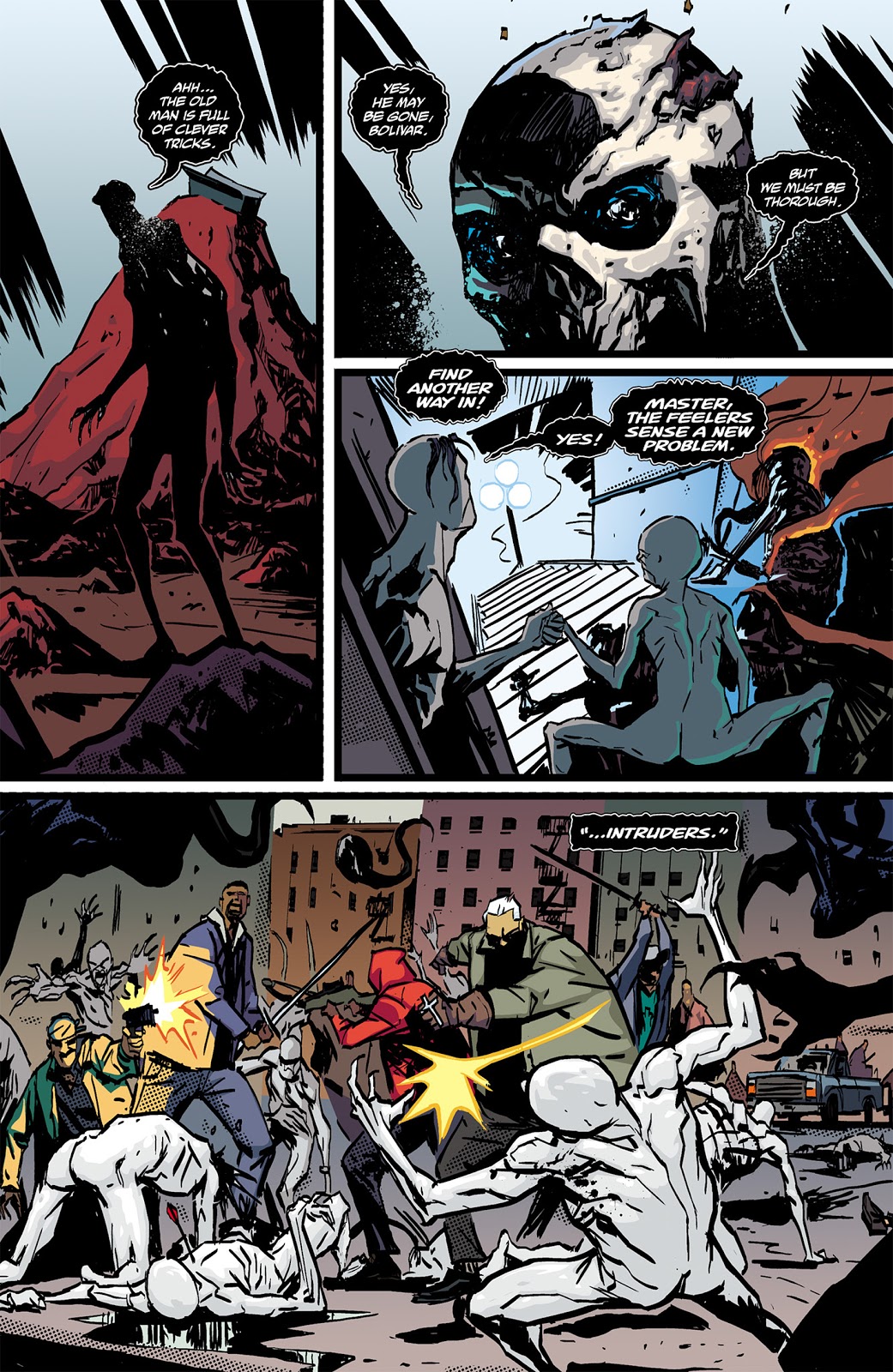 So much was packed into The Strain Book One, that it’s barely conceivable that as Book Two begins it’s barely been a week since the plane full of dead people landed in New York. Don’t get used to that compact time scale as it’s a two year leap to Book Three.

The first book ended with the Master, if not entirely dealt with, then certainly delivered a setback and heading away to lick his wounds. Much has changed for this middle section adapting Guillermo Del Toro and Chuck Hogan’s three horror novels. David Lapham and Mike Huddleston dealt with the first very efficiently, and provide more of the same fast-paced action thrills here, with no let-up as the threat of the vampires escalates. At the start epidemiologist Ephraim Goodweather is one of a select few who knows what’s really going on, and he comes to believe that dealing with the financing may not stop the Master, but it will deliver a massive dent to his plans. That financing is provided by billionaire Eldritch Palmer, now a sickly old man desperate to acquire the eternal life a vampire promises, no matter the cost to the remainder of humanity.

A second plot also dominates, that of all parties greatly interested in an ancient book, said to contain the secrets of the vampire community. People have died possessing the book, and it’s covered in silver to prevent any vampire touching it. Can it provide the solution to destroying the Master?

By now there’s a core cast readers care for, and this outing makes greater sense of gangster Gus Elizade’s place in the scheme of things. He’s an unlikely hero, compromised and with a murky past, but he’s given his own tragedy and his lack of moral compass enables him to take on necessary tasks others might squirm at. He and his new allies are well depicted by Huddleston, now relishing the carnage after having been disciplined for so long during Book One.

For a fair portion of Book Two the cast we care for are spread across different locations, each having their own greater purpose, and there are a couple of new additions. Quinlan doesn’t come into his own until Book Three, but among the people interacting with Gus is a middle-aged Hispanic guy with a dodgy knee. We know he’s hiding something when introduced, and Lapham both writes and draws a bonus story crosscutting events of the past explaining what motivates him now. It’s a slim interlude, but does come with a surprise revelation.

A cheaper alternative is the same content spread over the two paperbacks The Strain Volume 3 and Volume 4.