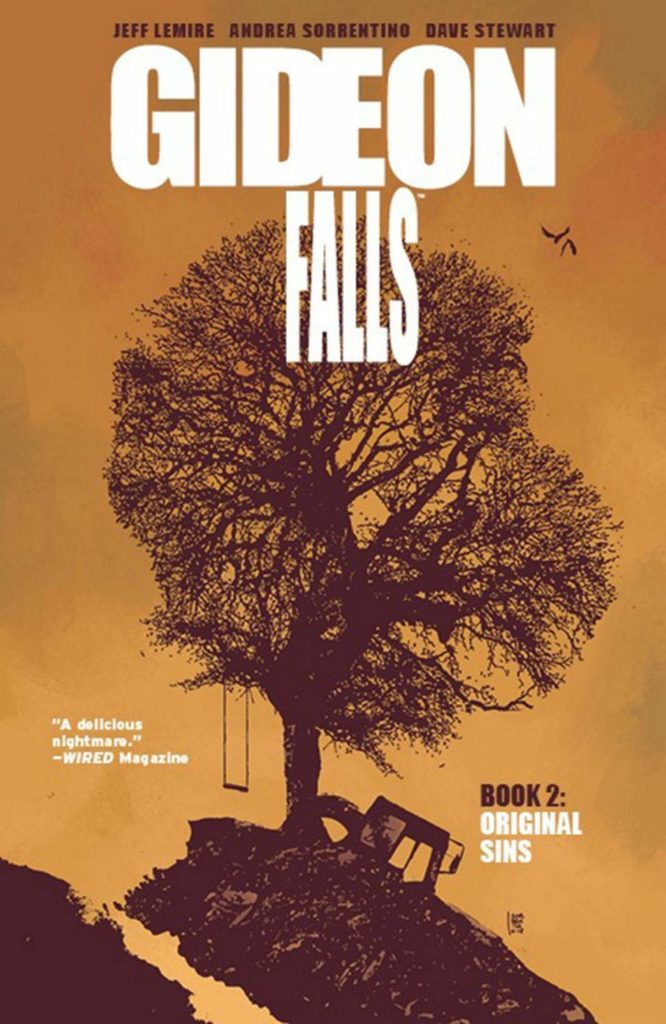 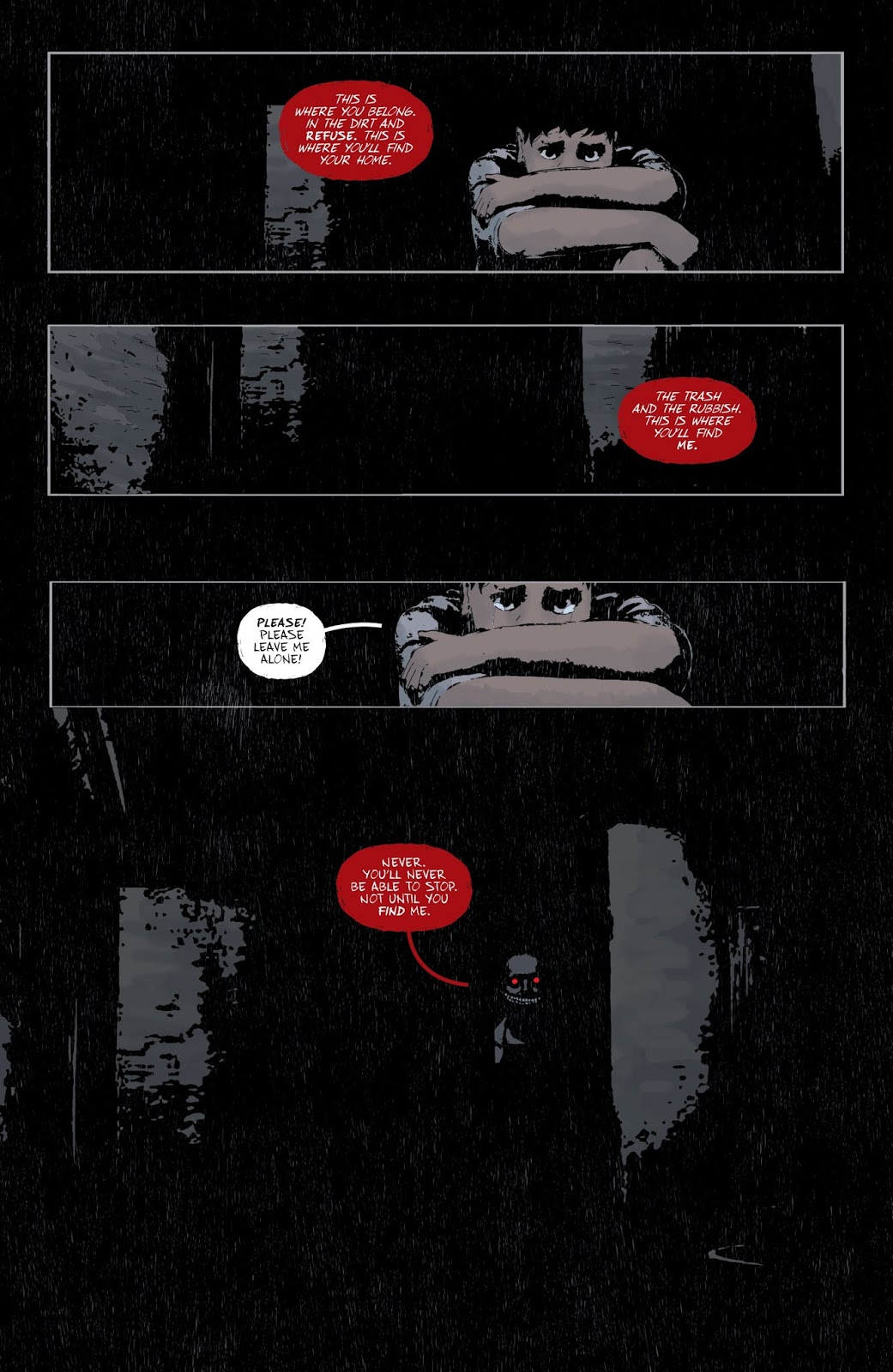 Norton Sinclair has long been a troubled man. Found as a child in Gideon Falls knowing only his name, he’s been in and out of various institutions ever since, rambling about a black barn that only he can see, and sifting through rubbish and rubble to collect shards of wood that he’s drawn to around town. In The Black Barn his therapist Angie Xu also saw the barn, and Norton is now convinced his purpose is to reconstruct it. Meanwhile, newly arrived in Gideon Falls, Father Wilfred Quinn has been inside the black barn. Did he see Jesus there? He certainly saved the Sheriff Clara Sutton’s life.

Gideon Falls is a heady brew of suspenseful horror tropes infused with a smattering of religious iconography from Jeff Lemire and Andrea Sorrentino. The religious content is raised in Original Sins, which briefly looks back at Norton’s past. It’s a distressing incidence of what would now be considered abuse. “There are no accidents here”, the young Norton is told as he’s locked in a dark cellar by a nun, “This is God’s house. There are only children or sinners here Norton”. It’s a lesson seemingly reinforced in the present day. Lemire has an enviable track record of building haunted people with tragedy to their lives, people with whom we can sympathise, and adding to the weight they carry. Here it’s Father Wilfred, while there are also people who have to confront the irrational, no matter how far against their own personal grain it rubs.

Overall Original Sins is prolonged tease, Lemire moving things forward slowly, but satisfyingly, and Sorrentino reinforcing what a spectacular sense he has for layouts. The double page spread composed from dozens of small panels can’t be topped, but a more subtle delight is represented by the sample art, in which a fixed view is switched 180 degrees. Lemire also does this, pulling a very clever narrative switch that pulls the rug from our assumptions in a final chapter that leads to a stunning finale. Everything is upended, and Stations of the Cross awaits.