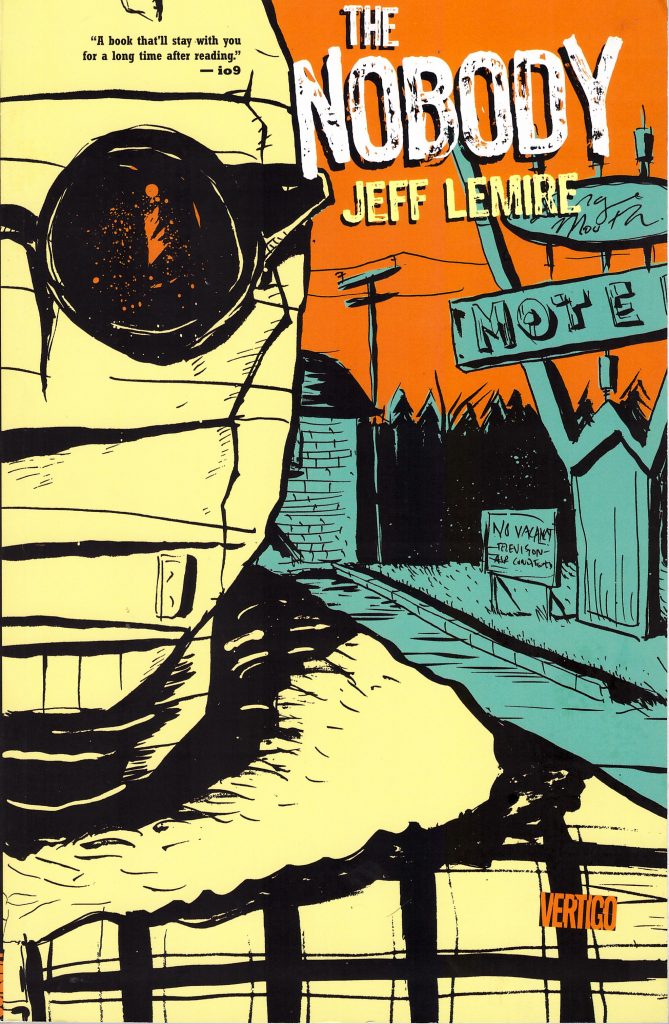 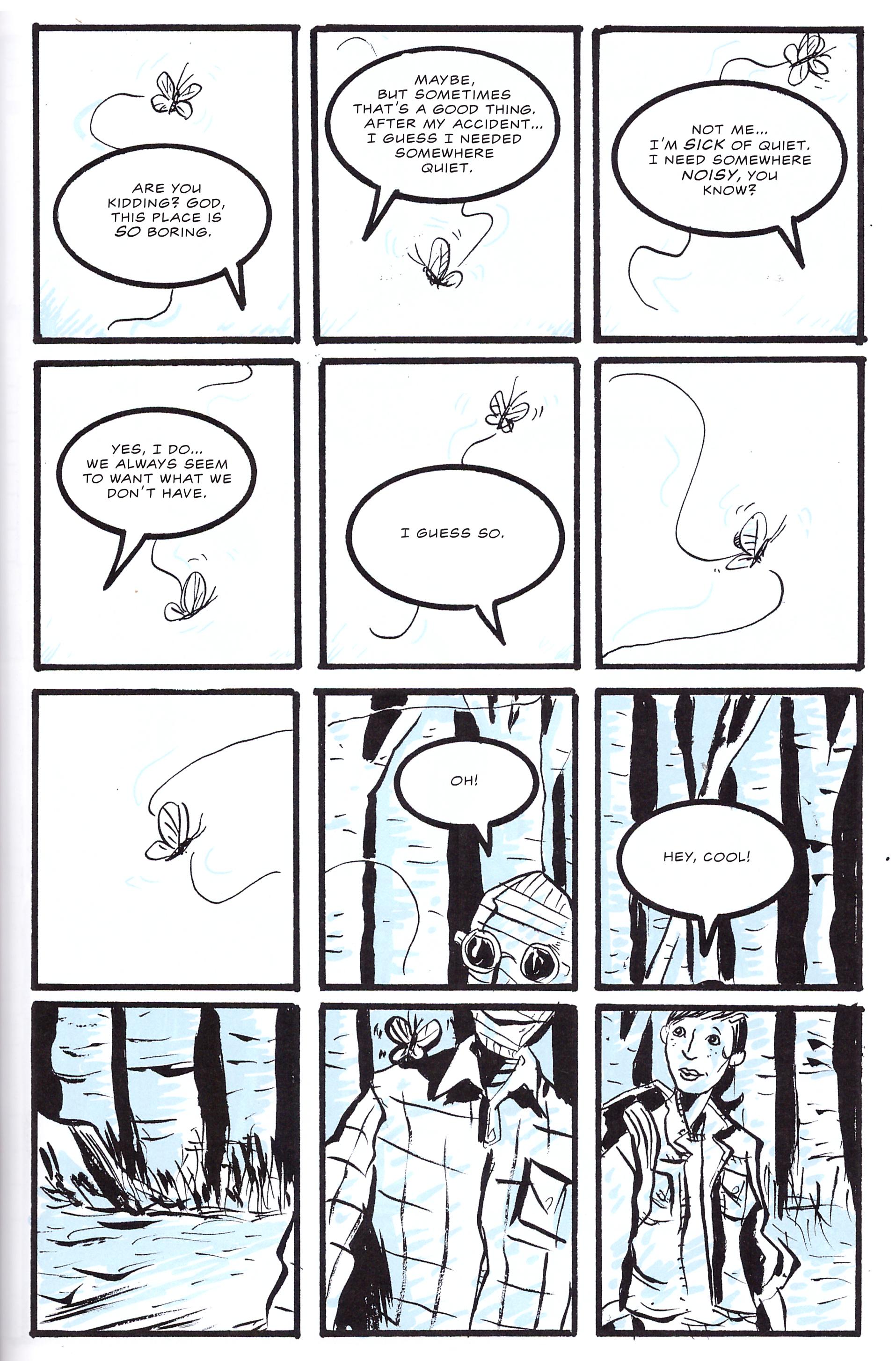 John Griffen arrives in the rural town of Large Mouth. He wants to keep himself to himself and work on some chemical equations, but his head and hands being covered in tightly wound bandages arouses some curiosity. An explanation of a lab accident placates almost everyone, but this is an insular, inward looking community with a small population where no-one’s business is secret.

The tagline ‘Sophisticated Suspense’ used to run across the covers of the Swamp Thing comics written by Alan Moore in the 1980s, and it’s the ideal description of The Nobody. Jeff Lemire perpetuates a constant tension by a faithful portrayal of the intricacies of small town life, in essence an even tinier and more remote Twin Peaks, where a similar foreboding atmosphere applies. Lemire highlights the suspicions and the curiosities of people aware there’s a wider world, but little of it impinges on their lives. The exception is Vickie, sixteen and daughter of the motel owner whose wife disappeared one day. The mistakes of the past characterise her father’s attitude toward her.

Griffen’s name, with its distinctive spelling, is a clue to his affliction for the well read, but the revelation of his condition comes soon enough. Lemire, however, is a complex storyteller, and there’s an undercurrent of mistrust beyond the residents of Large Mouth. Is everything as its presented, or are psychological perceptions in play? It’s a question never definitively answered with regard to Griffen as the finale, clear cut in one respect, is also open to interpretation.

In another sense Griffen is irrelevant beyond his presence being able to spark a spotlight swivelling around Large Mouth. The primary narrative voice is that of Vickie, for whom Griffen represents an exotic representation of the world beyond Large Mouth, and possible excitement. She offers friendship, while for others the arrival of a stranger provides a convenient scapegoat peg onto which troubles can be hung. Visually, this is a very successful presentation, with Lemire’s facility for rendering rugged, ordinary characters whose lives reflect on their faces very strong. The use of a pale blue as the single colour is distinguishing, as is the occasional jump into a blue wash for hints of the recent past. The depiction of isolation is always a feature of Lemire’s more personal work, and a scene with three people is a rarity, but as seen by the sample page, Lemire’s storytelling techniques were progressing.

The Nobody was a stepping stone from the rural character studies Lemire produced so successfully in Essex County, its protagonists all emotionally repressed, and the more expansive, outward looking work that lay in his future. For all his successful creation of mood, Lemire isn’t entirely committing to the wider world, but in taking the first steps he’s losing the seething emotional resonance of his earlier work. In time this would be reconciled in his writing, and while The Nobody is a suspenseful read, it doesn’t hit the heights of earlier or later work. 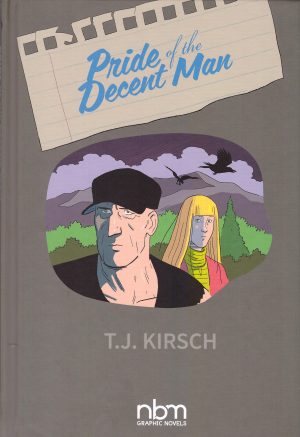 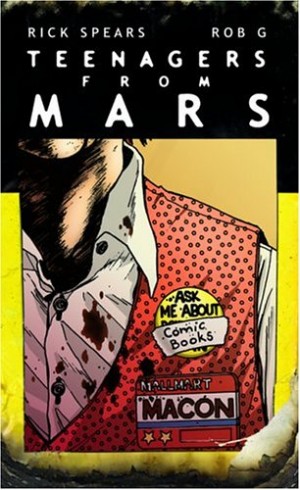