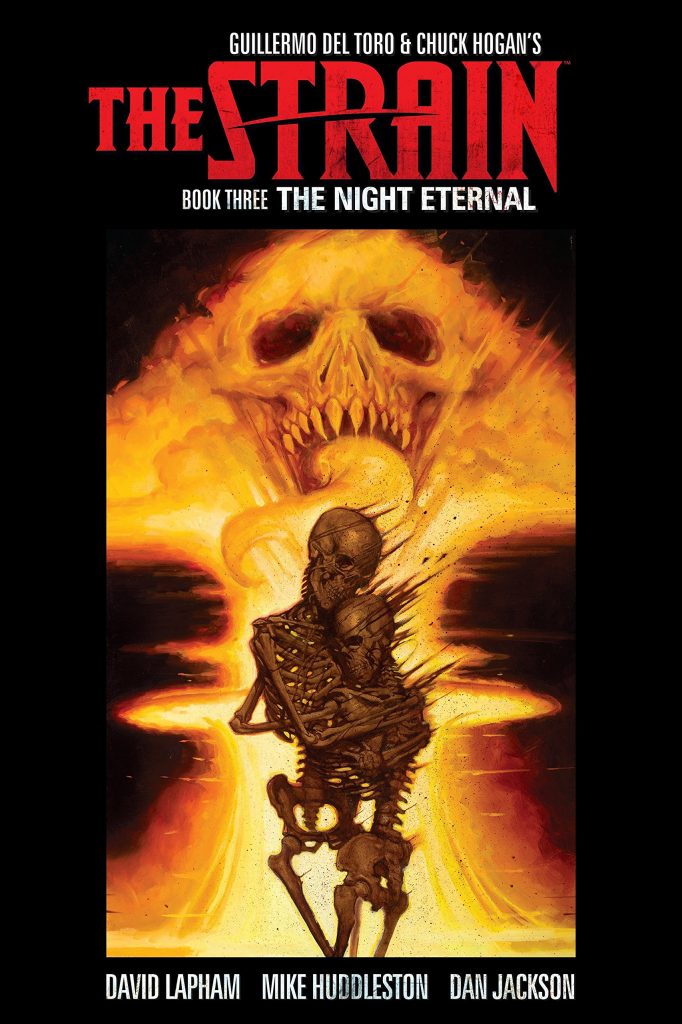 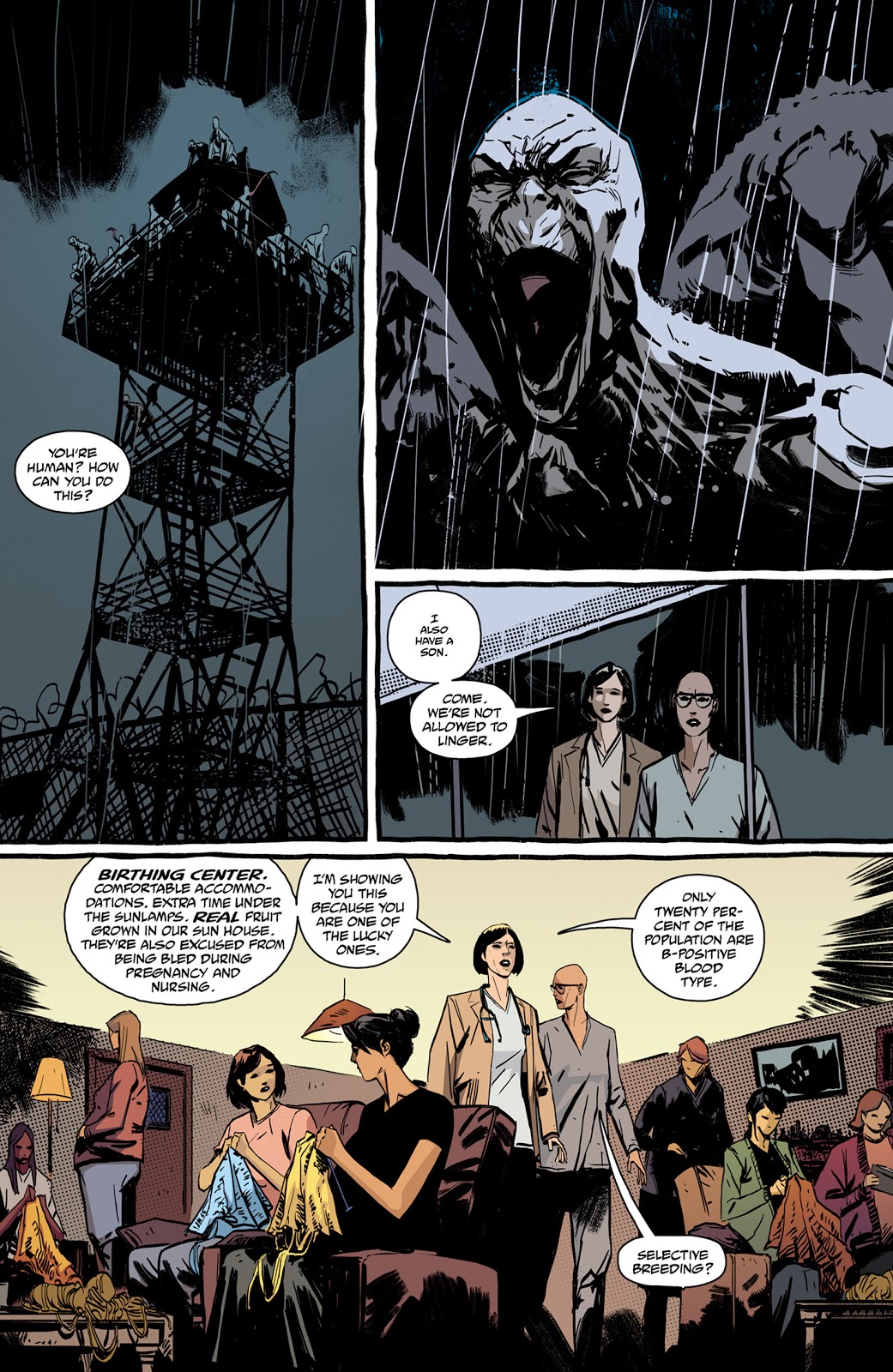 The first two books of The Strain trilogy were an exciting build up to the world revealed in Book Three, a world two years on from the end of Book Two, where there’s only two hours of sunlight a day, during which a curfew is imposed. Vampires now co-exist alongside humanity, ruling them, with the Master controlling the vampires.

Almost every meaningful question the series has raised is addressed in this final outing, including the origin of the vampires, why Ephraim Goodweather is important, and most crucially how the Master can be destroyed. That’s not looking very likely at the start when David Lapham and Mike Huddleston present a subjugated humanity seeing little hope of overthrowing their new controllers. Humanity as cattle to provide blood for vampires is just one of several horrific extrapolations taken from Guillermo Del Toro and Chuck Hogan’s original novel.

Goodweather remains the central character, now more dissolute, but not entirely without hope that he’ll manage to locate his son again, a quest that becomes more meaningful the longer the story runs. Readers, though, see where Zack is, and what’s now influencing his choices, instilling a suspense should father and son meet again. It might seem a late stage to introduce a new meaningful character, but we’ve seen Quinlan briefly before, and he does prove pivotal. His origin is revealed, but the relevant aspects are that he has the positive attributes of the vampire, with only one of the limitations: he still needs blood. Having become used to his better nature, it’s a shocking moment when his needs takeover. However, he adds balance to the main cast, and becomes a compelling addition. His past is given greater depth in a separate graphic novel.

As he has done over the previous two books, Huddleston defines the cast in a heavy shadowy way, contrasting the pulpy white tone of the vampires when they’re seen. He brings out the even greater savagery about the creatures as the situation becomes more desperate, and his methods of drawing them embedding their tongues in people is as stomach-turning as intended.

Book Three begins with humanity subjugated, but eventually more and more hope is introduced among the main cast, although they have significant disagreements. Surprises continue to drop rapidly, and the sheer pace maintained is incredible, a real triumph of the adaptation until the final chapter. Here the imposed necessity of closing everything off in a twelfth serialised comic is to The Strain’s detriment. An extra chapter would have allowed a little more time taking stock before a finale that’s too rapid, and what most suffers is the reunion of father and son, which needed to be strong as it’s been a driving force of the story. The emotional aspects are barely considered in the rush to the final page. The ending is surprising, but not as good as it might have been. It shouldn’t, however, be enough to dissuade anyone who’s enjoyed the first two books. Until that final chapter this is every bit as thrilling, horrific and suspenseful.

If the cost of a hardcover is beyond the pocket, the story is also split between The Strain Volume 5 and Volume 6.