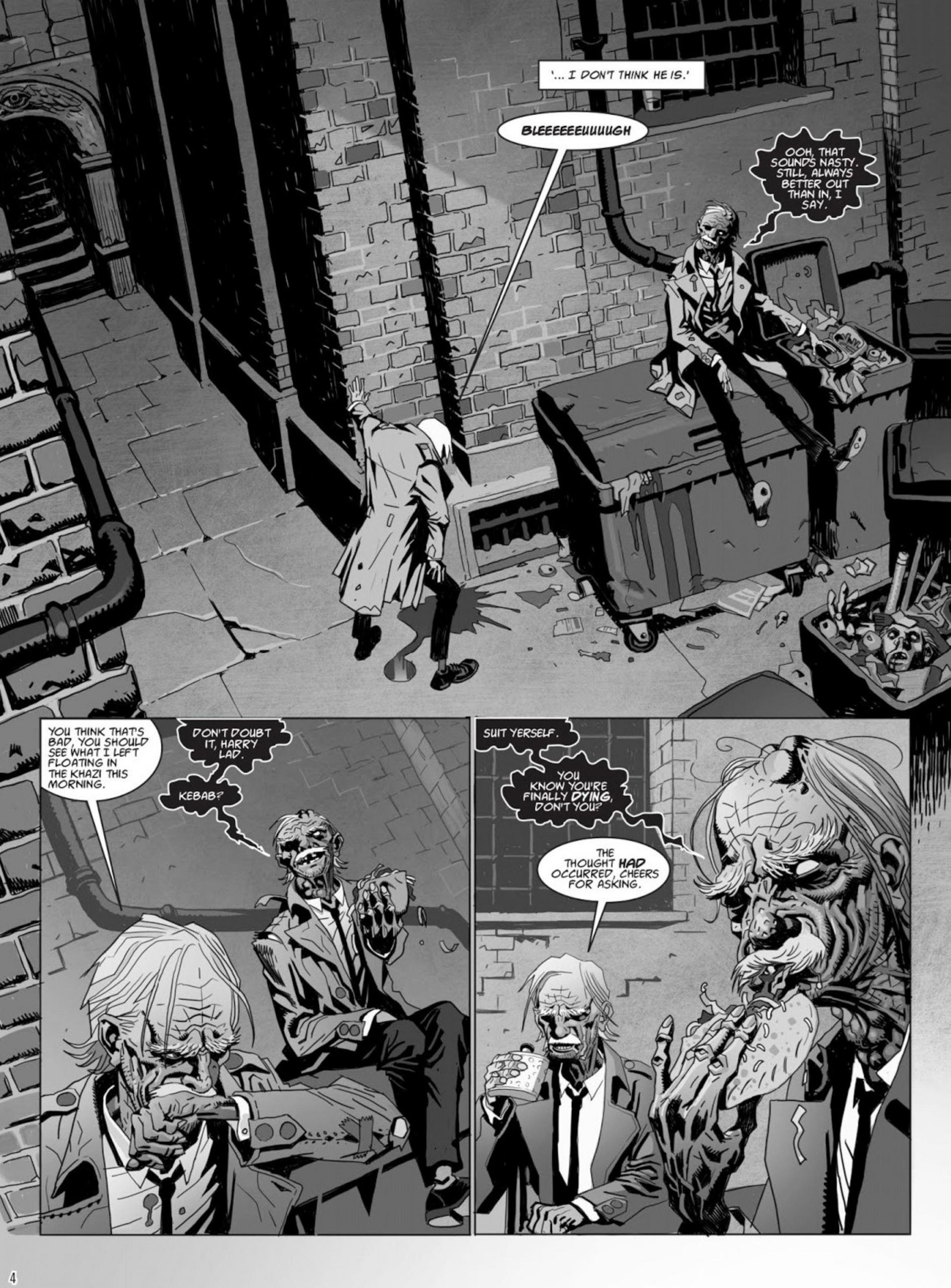 In his introduction to the previous Under A False Flag Gordon Rennie stated his belief that stories should come to a close, so with Harry Absalom riddled with cancer and set for a do or die final mission what are the chances of his making it through Terminal Diagnosis?

While the previous two Absalom graphic novels have been entertaining enough, this is the one that sets the world on fire, thrilling almost until the end. Rennie moves between past and present, arcane and technological, and rum and uncanny, and varies the horror on offer beyond steampunk and demonic to the Lovecraftian. He begins by supplying the final necessary pieces of backstory, works his way through the compromised nature of some accompanying Harry, and then sets him on his final mission. It’s personal for him, what with his grandchildren being held, but there’s the bigger picture of how the British establishment is founded on centuries long festering corruption. Rennie ups the nastiness, but more than the previous volumes it’s dependent on Tiernen Trevallion’s art selling the horror and the monstrosities. This time around Rennie’s playing with imagery from the children’s stories of his era, disturbing distortions of comfort and familiarity that Trevallion brings to ghastly life.

Absalom has been brutal, cynical and a repository for bleak humour throughout, but this time the vulgarity is toned down in favour of ripping an ever more desperate Abasalom to pieces, shredding his soul on his way to damnation. It all works very nicely until just before the end where everything falls to pieces. There’s a frequent abruptness about the way Rennie ends his stories, and this wasn’t the place for it. The end of the road for Harry is nicely handled by writer and artist, but too much of the remainder is just dashed off as rapidly as possible when events called for a far wider circle of attention. Over three books a broad cast has been introduced, and the events detailed here have a massive ripple effect in the world Rennie and Trevallian constructed. The story needed fuller closure.