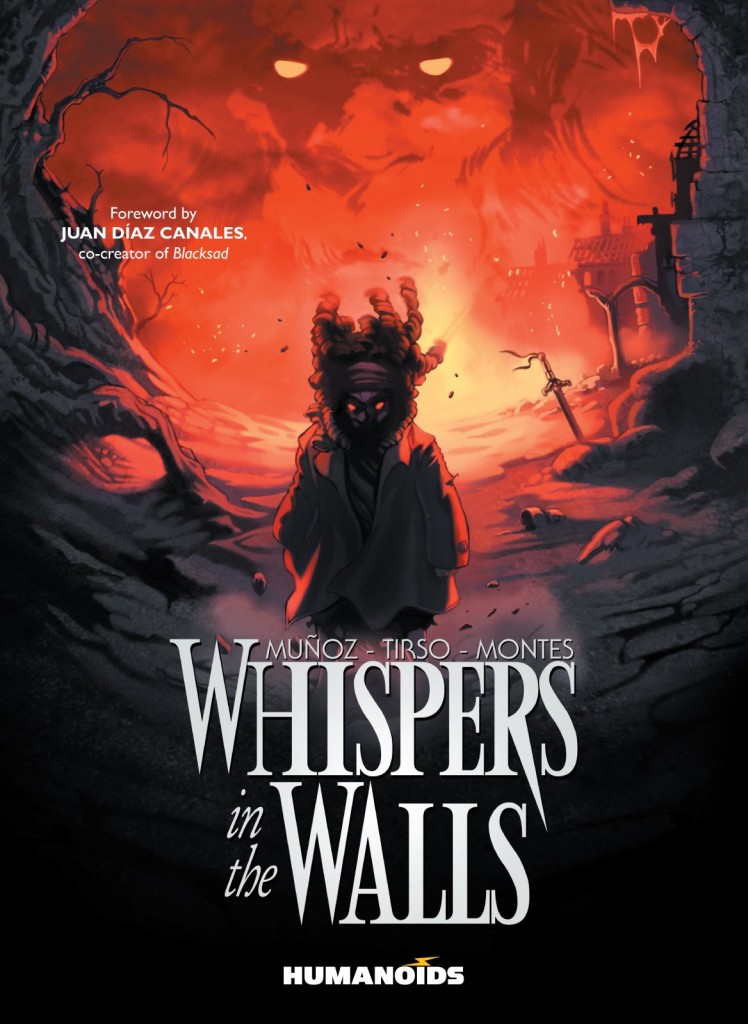 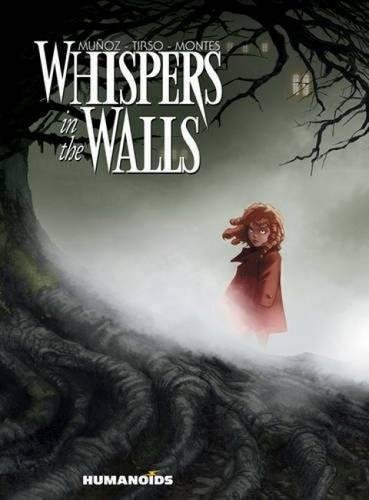 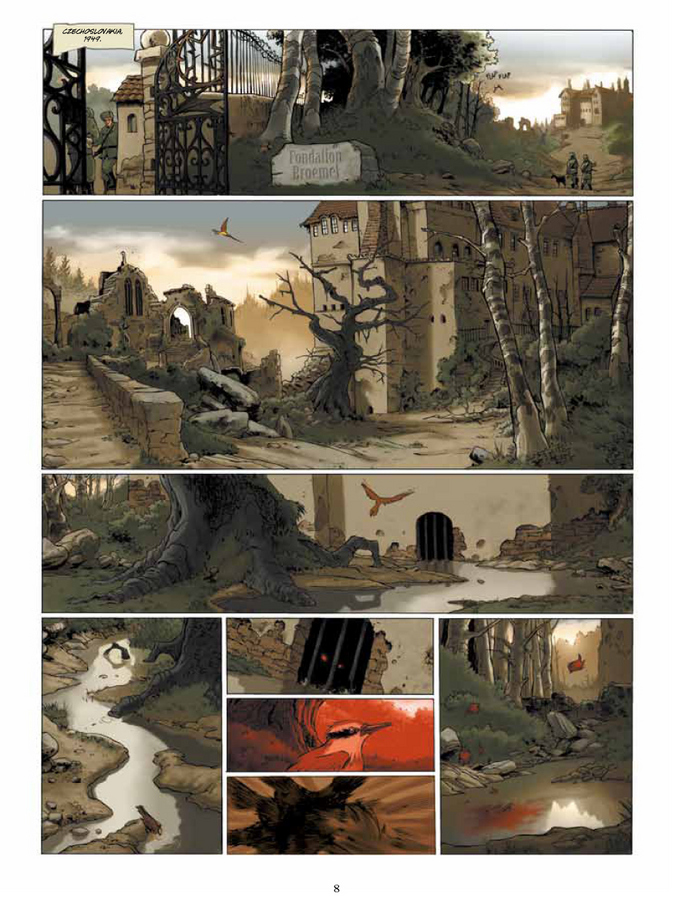 The young Sarah wakes up in an orphanage with an abundant medical staff after witnessing a monster murder her parents. She’s told she’s outside Prague, but her new guardians won’t answer all her questions, insist she takes medication to help her condition and keep her isolated from the other children in the unit. It all successfully cultivates suspense in a location still greatly damaged after World War II. When she does meet other children in secret, she’s told that the walls whisper, and shortly after discovers the truth of this as she’s led to a remote area where several adults are imprisoned in a cellar. The whispering becomes stronger and the children Sarah’s met display useful abilities. She also sees what appears to be a werewolf captured, and there’s plenty of talk of Nazi experimentation.

David Muñoz is a screenwriter who also writes graphic novels, but he’s no mere dilettante, having worked on major projects, and there are similarities between the Guillermo Del Toro film he scripted The Devil’s Backbone and Whispers in the Walls. Both have a new child as the viewpoint into a creepy orphanage with a lot to conceal, and Muñoz sets a fine stew of creepy elements bubbling.

Artist Tirso Cons uses only his first name, and was impressive enough to win a comic talent contest aged just fourteen. Rather than initiating a glorious career illustrating graphic novels, it led instead to a notable work in advertising art, before he jumped back to comics. His approach is loose, but detailed, and he creates a full environment for Sarah in several incarnations. Later in the book it becomes important that he’s good at illustrating movement, and that he’s adaptable in switching between different forms of horror, while Tirso’s version of Prague and its surroundings provides an ornate backdrop to events. He’s also not shy of the spectacular image. As the third chapter starts there’s a stunning image of monsters fighting soldiers, but what makes it memorable is that this only occupies the bottom third of the page, and the eye is drawn away to the isolated figure above.

There appears an element of convenience to the plot as Sarah becomes the person it was feared she would because information was kept from her for her own good, but that’s explained as Muñoz has given considerable thought to plastering over flaws in logic common to horror plots. Those who immerse themselves in the horror genre will find few surprises over the opening half of the book. They’ll guess at the truth, but Muñoz has a larger world to explore, and he keeps slotting in more and more of that world until the bigger picture is apparent at which point the story explodes into action thriller territory.

Muñoz switching from a suspenseful form of horror to the more overt form of monster versus monster is interesting, and he’s adept at transferring sympathies from one character to another to the point where nothing can be taken at face value. That’s an intended confusion sustaining events, which have plenty of twists, while setting the story in Czechoslovakia in 1949 draws deliberate comparison of Nazi and Communist overseers with two armies of battling monsters. As thrilling as it is in places, though, Whispers in the Walls is a very competent toying with familiar acquaintance, and those who love their horror will find little new.