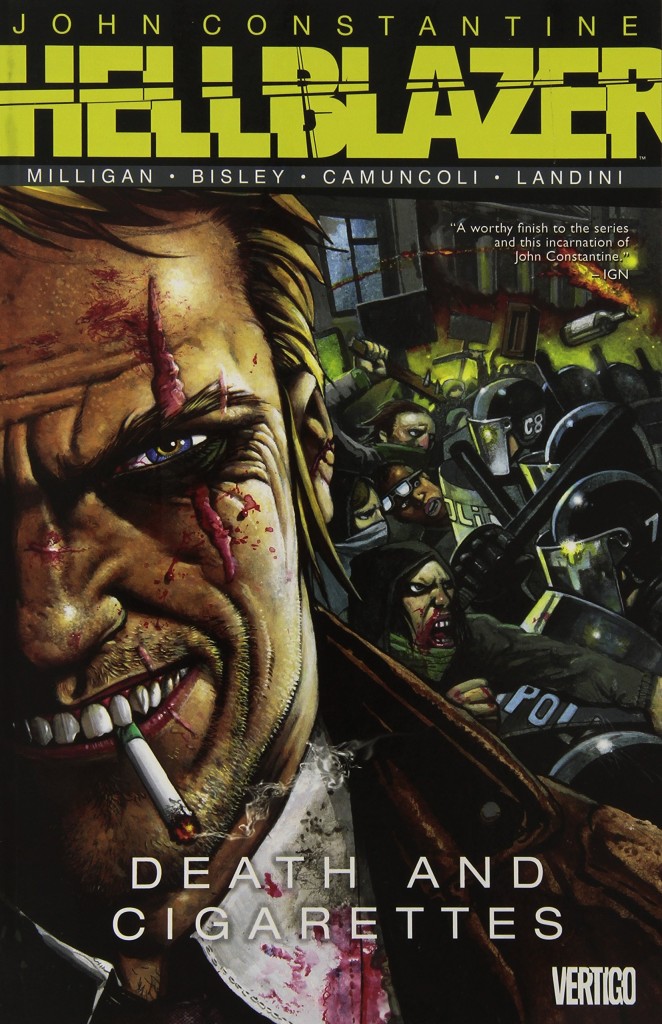 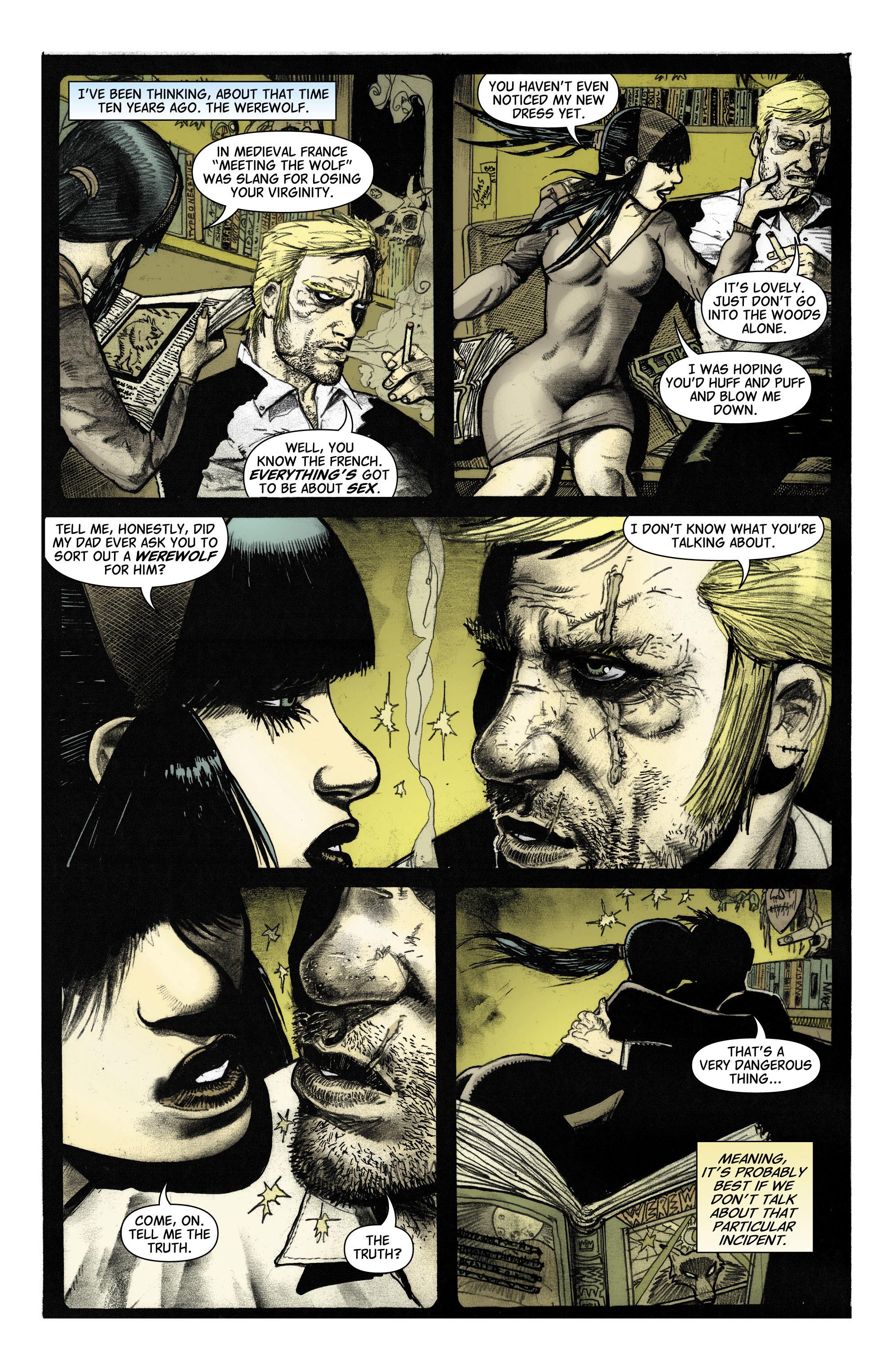 That’s ‘The Curse of the Constantines’, which picks up on John Constantine’s recent discovery that he has a nephew he’s known nothing about for decades. It’s already explained some elements of the past, and here coincides with mutilated bodies turning up on the verge of death, Constantine’s name spelled in blood, and a philanthropist businessman in Ireland who keeps awakening as if from a dream with blood on his hands. Milligan’s toyed with incorporating Irish literature in comics years previously (Skreemer), and now fuses the poems of W.B. Yeats with dark magic and all-consuming jealousy.

Artists Giuseppe Camuncoli and Stefano Lanzini modify their style slightly to deliver a smoother look to their pages over this opening story, while still drawing Constantine as craggy and lived-in. It’s entertaining Constantine, but with the accompanying feeling that Milligan’s going through the motions to some extent. The grace notes are nice, and the Norman Bates pastiche funny, but the surprises are few. The entire tale has a larger purpose, though, and we reach that late in the book.

For the title story all portents indicate that Constantine’s death is imminent. It’s due in five days, in fact, and Milligan conceives an attention-grabbing method of displaying that no matter what Constantine does, it won’t occur before then. It’s a moment both stunning and appalling. An amusing morbidity characterises the story, which is among the best Milligan has produced for Hellblazer, and draws in elements he’s salted throughout his run. As much as Constantine’s death, it’s about Epihany Greaves as her emotions are dragged all over the shop, and Milligan ensures ours are also, although those who’ve read his entire run might see one of the surprises coming. It’s not one Milligan goes out of his way to conceal for long, and there are no cheats, no cop-outs. Constantine dies. Where does it head from there? Well…

He only illustrates two stories, but Simon Bisley is the more memorable artist. The collection opens with more obvious ranting at the British upper classes, connected with a werewolf, nicely illustrated (see sample art), and tying together some present day happiness with events from a decade previously. It’s clever, but slight, and the greater impression lingers from what was originally a Hellblazer annual. This concerns a friend of Constantine’s who went missing in Liverpool when they were both sixteen. That friend’s mother is now on her death bed and demands the truth.

The truth is located within an atmospheric marvel of the type never normally associated with Milligan or Bisley. It reinforces Milligan’s view of Constantine as some kind of supernatural magnet attracting the bad and contaminating all around him with it, while there’s an emotional depth to Bisley’s pages far removed from his usual style, even taking his other Hellblazer work into consideration. It wouldn’t take a lot of tweaking to make a great horror film.

It’s unfortunate that the shorter work is what strikes the right note, as there’s far less of it. The remainder may shine in comparison with many Hellblazer graphic novels, but, let’s face it, they’ve not all been gold. And such is the case for what follows, as Constantine transfers back to the mainstream DC Universe.