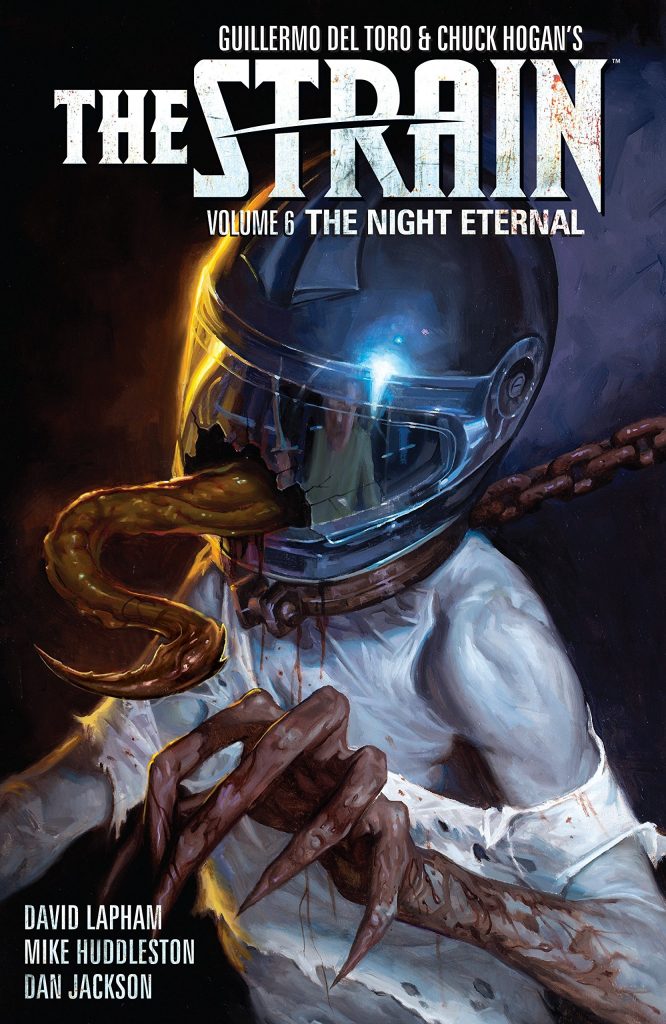 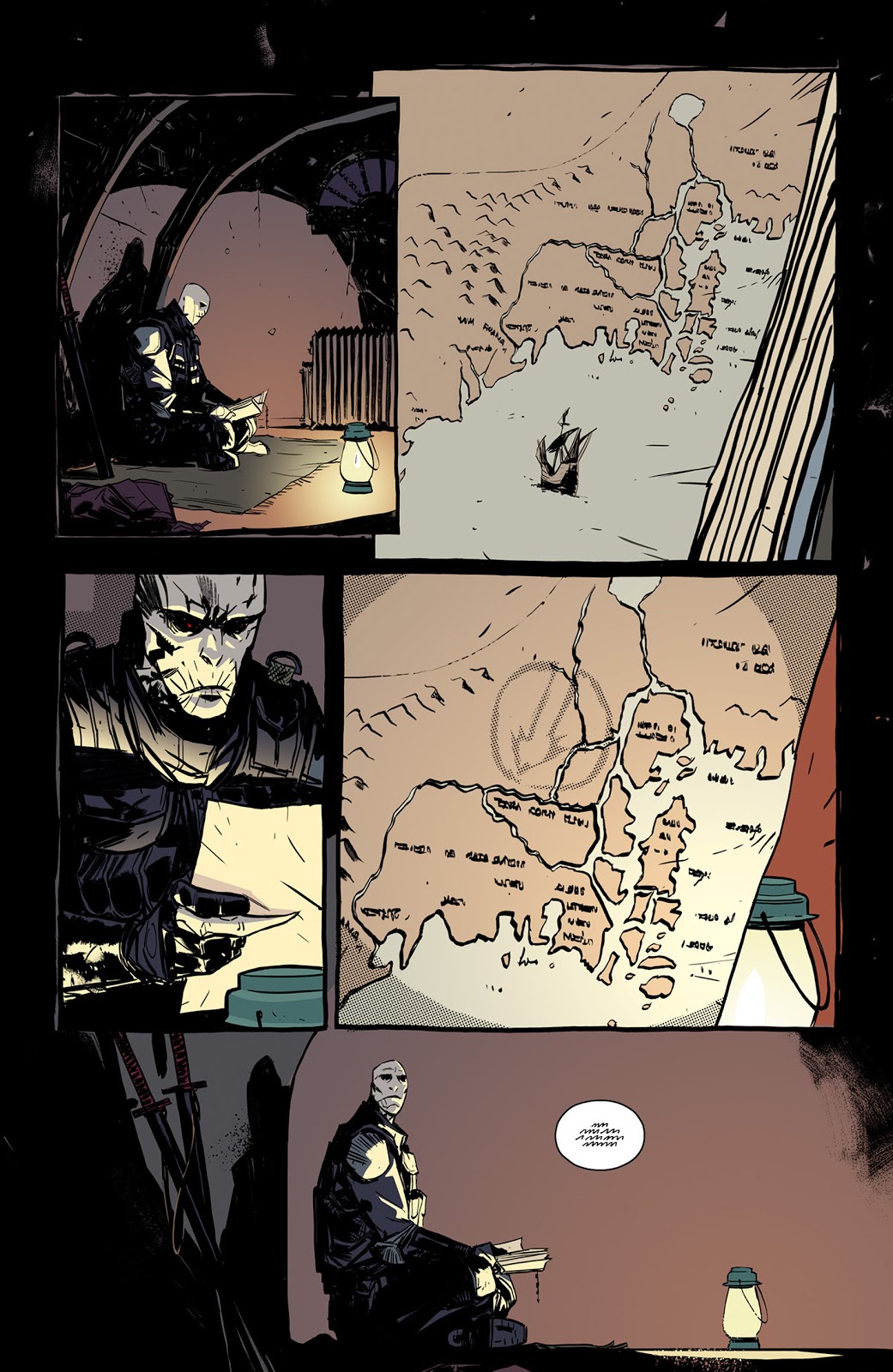 This concludes Guillermo Del Toro and Chuck Hogan’s story as adapted by David Lapham and Mike Huddleston, and the screw is tightened throughout the opening chapter. It begins, though, by picking up on the biblical story reworked in Volume 5, which provides the definitive origin of seven vampires who’ve existed for millennia. The first chapter also includes a disturbing revelation, but from someone who might be lying. Can it be taken at face value?

Other revelations tumble out, minor ones at a fair speed, and at least one major disclosure per chapter. Among them is a literal dream revelation that seems a little too convenient, but as with other minor quibbles throughout the series, while the bigger picture is still so thrilling, they can be ignored. That bigger picture is Ephraim Goodweather becoming more relevant to the destruction of the Master than previously thought, and the very real possibility of that destruction occurring. Lapham and Huddleston’s technique is now to have the foot jammed on the accelerator, giving neither cast nor readers much time to breathe as they take in events. What few quiet moments there are in the final chapter take place on a boat in the middle of a river, a place theoretically inaccessible to vampires.

With the exception of the Master, and the occasional turned cast member used for shock value, the vampires have been largely anonymous throughout The Strain, but memorably drawn by Huddlestone as bloated, fleshy abominations. What a great job he’s managed in bringing such flesh-crawling creatures to life should be recognised.

The nearer the end is, the greater the wonder that everything will be concluded within the remaining pages, and the narrative pace eventually becomes unsustainable. The ending is rushed. It requires both writing and artistic compromises, seemingly to ensure the entire story was told in twelve chapters, which is a shame. A thirteenth would have meant a more satisfactory conclusion to something Lapham, Huddleston, Dark Horse and readers have invested considerable time and money in. The biggest casualty is the connection between Goodweather and his son Zack. The writers avoid the obvious form of father against son confrontation with the fate of the world at stake, but Zack’s enormously conflicted, and a rushed ending causes a lack of emotional depth that his presence should stir. Don’t be put off buying what’s still thrilling, but it’s not quite the triumph it ought to have been.

If captivated by Quinlan’s capabilities, there’s a separate Mister Quinlan – Vampire Hunter graphic novel, and this content is combined with Volume 5 in hardcover as The Strain Book Three. 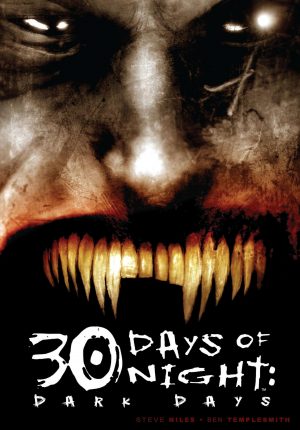 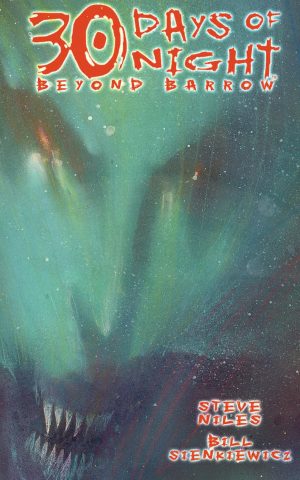