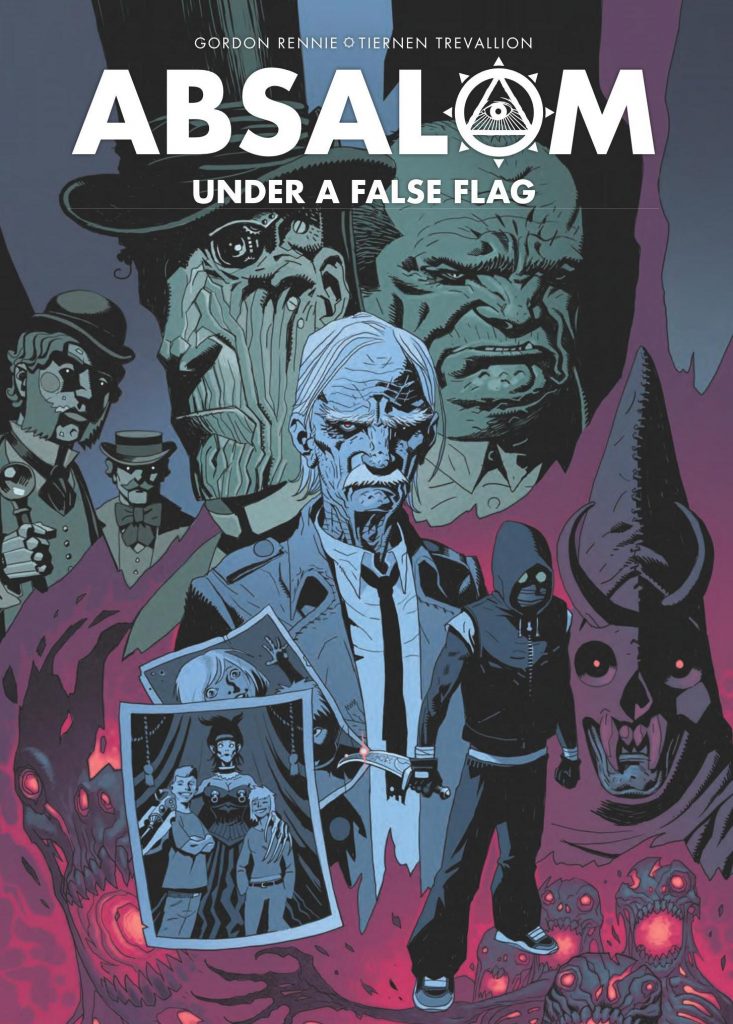 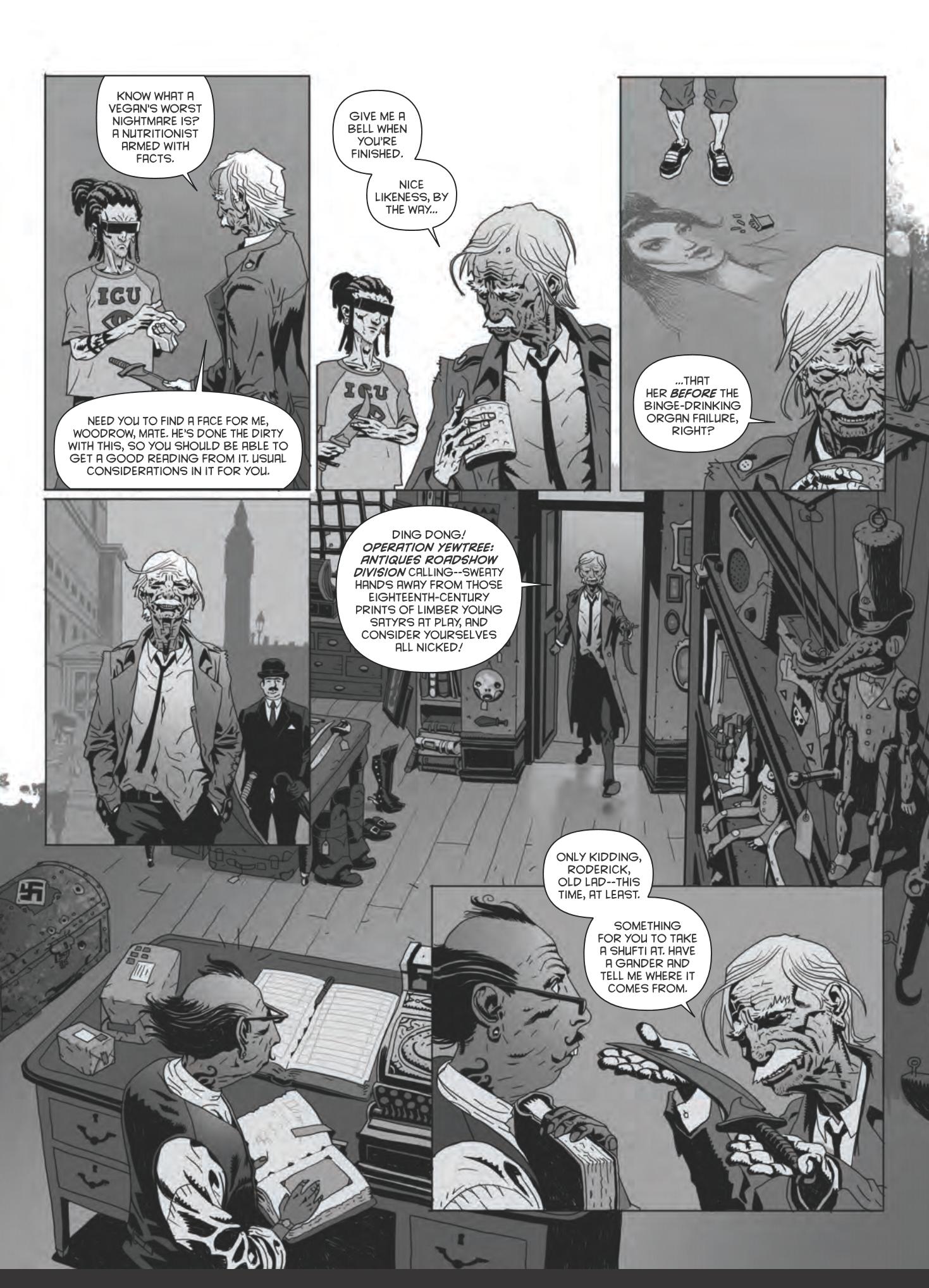 Gordon Rennie and Tiernen Trevallion’s monster-hunting version of The Sweeney continues with two dips back into the past before the title story, in which we learn about Harry Absalom’s early days with the division. Back then the Guv’nor ran things. We met him in Ghosts of London, still in jail for attempting to throw Margaret Thatcher’s government on the basis of it being too left wing for his liking, and now Harry has a need for him.

As before, Trevallion characterises Absalom well and piles in the detail for the locations he visits. Take a look at the junk shop on the sample page and wonder about how many of the items feature in Trevallion’s own collections. The grey toned art gives the strip a distinctive look, evoking the past while largely set in the present, and the monsters Trevallion supplies are up to his usual standards.

In his introduction Rennie claims he based Absalom to some degree on his own father. Let’s hope he’s lying. He’s every offensive, non-pc old geezer you’ve ever met down the pub is conflated into one scrawny, coarse bundle. Rennie has the speech patterns down so nicely you can almost hear the raspy voice as Absalom throws out another witty, but appalling generalisation before again proving himself a master of understatement concerning the latest atrocity he needs to investigate. A nice touch is that he has conversations with a demonic manifestation of his own cancer. In addition to the cancer and the supernatural horrors Absalom faces, he’s kept slightly in check by his grandchildren being held somewhere unknown, and much of Under A False Flag deals with his plans to free them. Rennie introduces new characters throughout, and some are good enough for Absalom to co-opt to his cause, knowing full well they’ll probably not all survive it. We realise this is taking a further toll on him, and for all the vulgarity Absalom throws out, he’s a man who cares deeply. His mission concludes in Terminal Diagnosis.