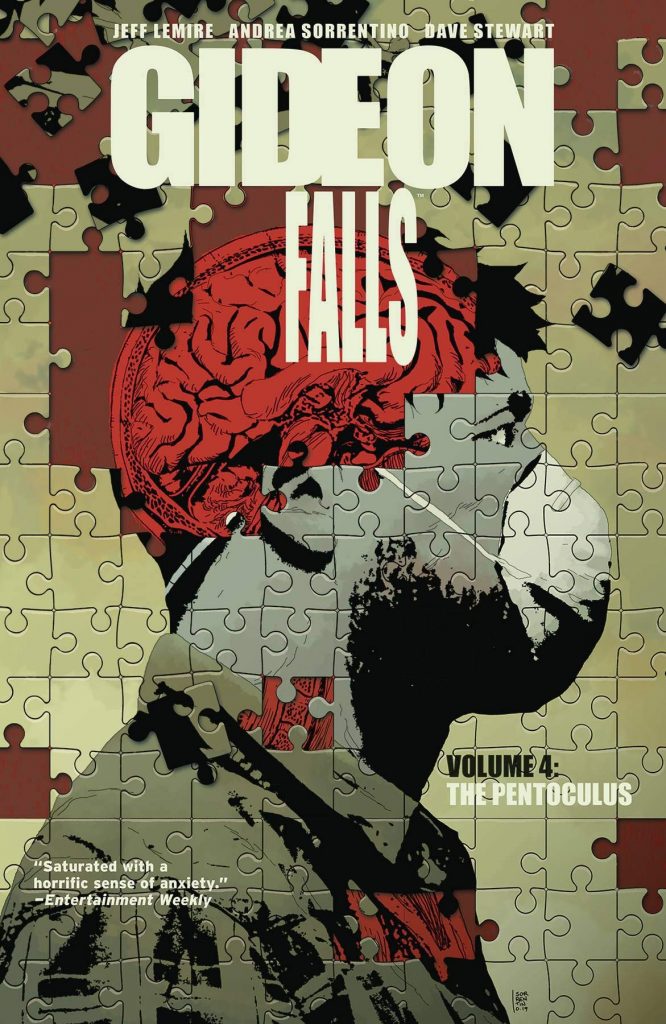 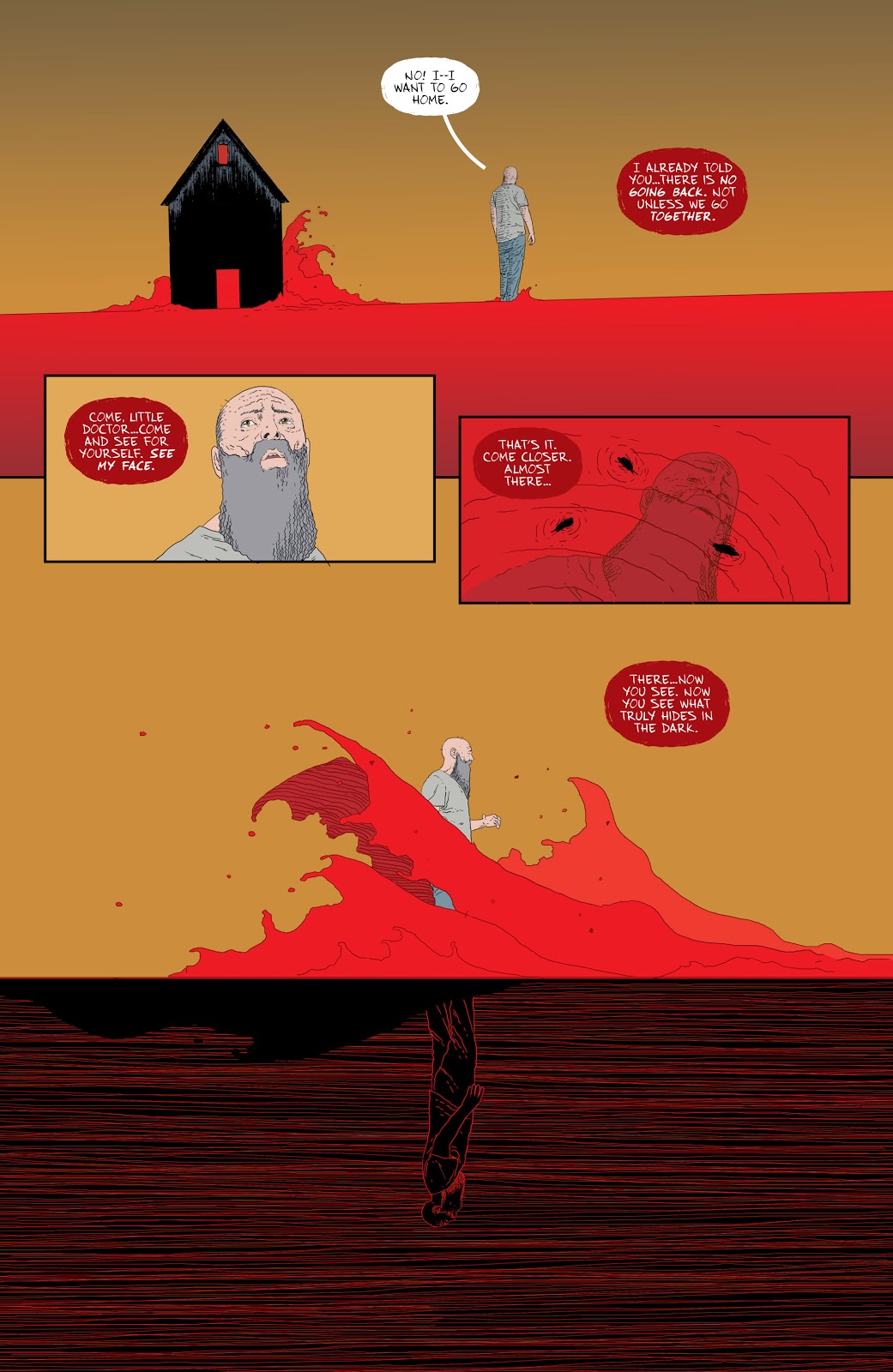 If any proof is needed as to why Gideon Falls picked up an Eisner Award in 2019, the spectacular opening chapter to The Pentoculus supplies it. Jeff Lemire and Andrea Sorrentino supply several different forms of horror with phenomenal success. Disorientation, shock, suspense, and revelation all feature, with the shock devised in an especially cinematic way, and losing none of its impact for being not having an accompanying movie soundtrack. What they have instead is Sorrentino’s imaginative visual definition, which switches from a form of reality as we know it, with occasionally stiff people, to creative designs and abstracted areas. At the centre is a terrifying grinning man with no concern for life, and possibly unstoppable, and Sorrentino comes up with chilling variations for this Joker-like supernatural horror. Dave Stewart’s colouring, especially shades of red, is masterful, the synthesis intuitive.

Stations of the Cross explained some of what’s going on, and The Pentoculus pretty well defines the remainder. “Something else happened”, we’re told, “something slipped through the cracks in reality… Something hungry. Something evil.” Sorrentino’s chilling accompanying illustration underlines the point. To attempt to explain Gideon Falls at this stage in anything other than the broadest strokes would be a futile exercise. It’s teased and cajoled by offering hints of the real terror, then accelerated headlong into that terror. On two different worlds two parties with very different approaches are both trying to stop the same threat, one that now seems to have broken out. Can either science coupled with instinct or religion coupled with faith save humanity?

While there are still a few questions to be answered, Lemire and Sorrentino aren’t in the business of keeping things dangling forever, and there’s a definite statement made with this volume’s ending. What it means will be fully explored in Wicked Worlds.