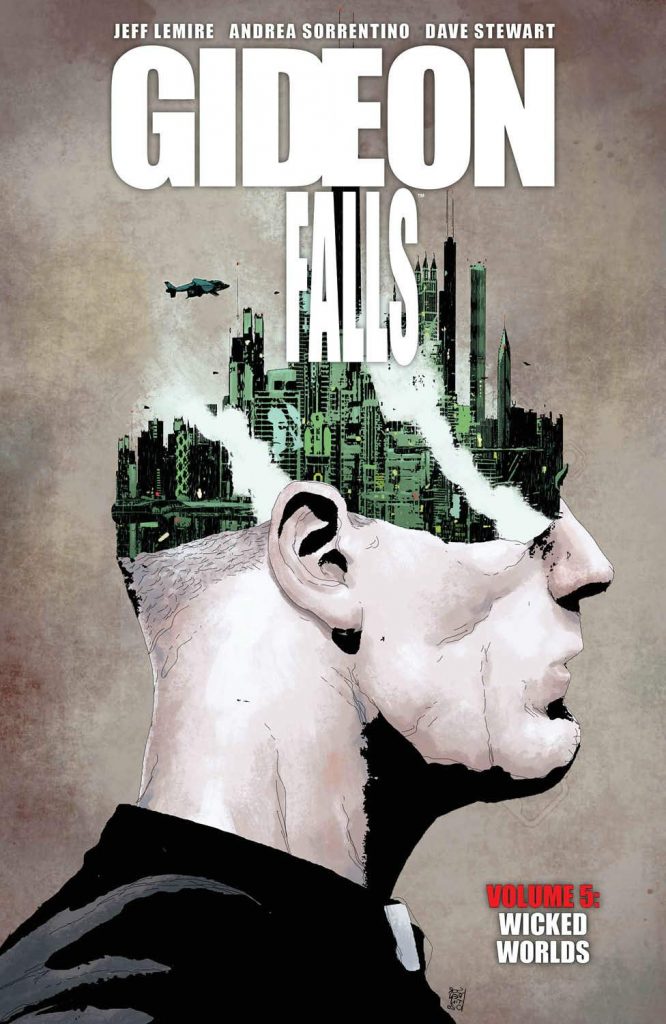 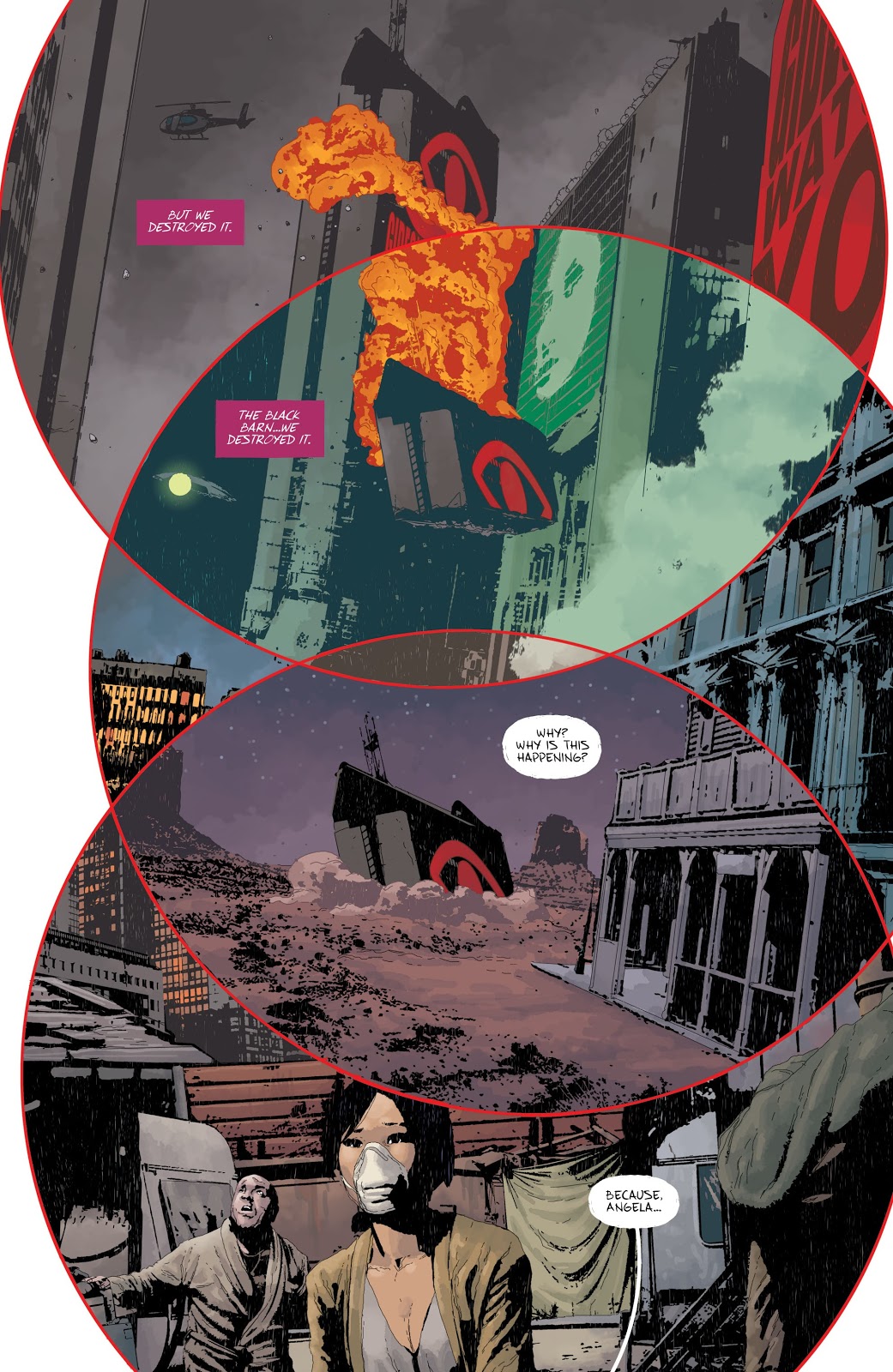 Gideon Falls is an almost intellectual horror series, playing with nihilism as an ancient and evil being manifests in our world via a construction called the Black Barn, a literal barn that’s evil personified, but one that only a few can see. Yes, the idea is likely to have been inspired by Twin Peaks, but Jeff Lemire has added enough of his own ideas to mark it as different, and there was a major change to the series in The Pentoculus as the Black Barn was seemingly destroyed.

The result is the cast being separated, scattered individually to different versions of Gideon Falls, and we see their disorientation as they attempt to figure out what’s happened, and where they are. Let’s just say it’s not good news. In comparison with earlier volumes it’s also somewhat disappointing. Were it not for Sorrentino’s artistic innovation, why, one might almost think it’s marking time as assorted depressing scenarios are explored. They require Lemire to construct viable societies, and he’s devoted considerable conceptual energy to the garish and dangerous place where Wilfred ends up. The dialogue alone is evocative in suggesting more, Wilfred at one point told “Just so you know, we don’t pay premium for gutter hacks. You want that you’ll have to try the meat plants in Greek Town”. However, unusually for Lemire the influences are obvious, and its his homage to Blade Runner. He also plays out a horror Western.

Sorrentino is again mightily impressive. As well as the assorted different places he’s called on to design, the script calls for some complex abstractions, and the result is several spreads you could just frame directly on your wall. It’s a rare clash of fine art with comics.

As might be expected, the primary objective is for the main cast to reunite and deal with what’s happened, and that’s what we follow. The problem with Wicked Worlds is that while the horror of the title is provided, we know the end is nigh, but it’s not nigh enough.

Unusually, Lemire chose to end the series not with a further graphic novel, but with a 72 page finale to the comic series, which isn’t included here. It’s a statement of sorts, emphasising the importance to him of the individual comic, and it will presumably be included in any future Omnibus collection. The short review is that Gideon Falls 27 is The Book of Revelations, an artistic tour de force that drags the series back on track and provides the ending most will want.