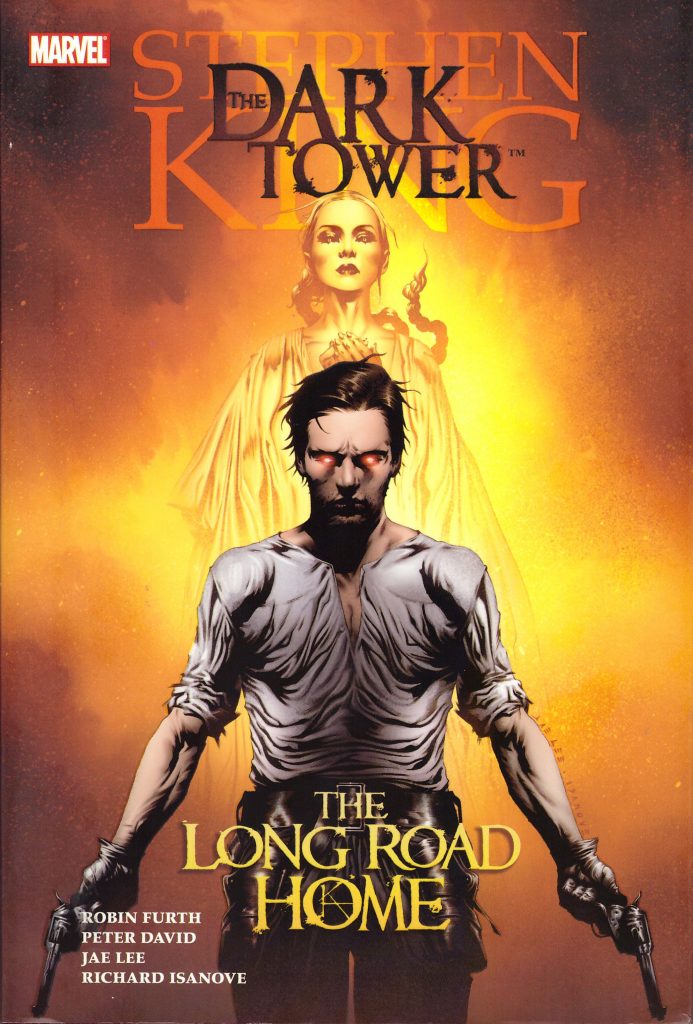 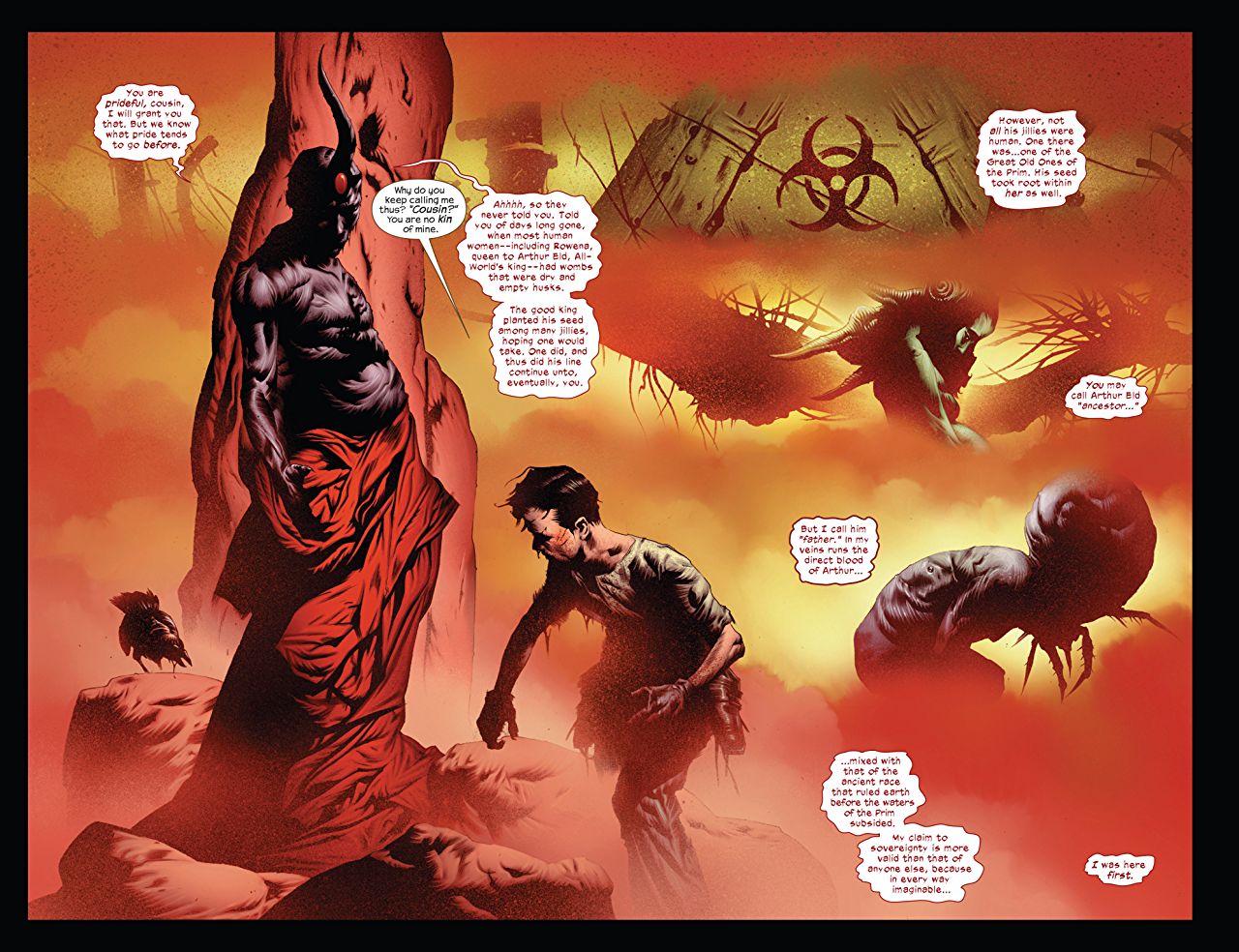 Marvel’s second helping of The Dark Tower alters the pattern established by The Gunslinger Born. That wasn’t quite an adaptation, although drew heavily on Stephen King’s novels, as Robin Furth pulled sections about Roland Descahin from King’s stories and created enough of her own to fill some gaps. The Long Road Home is all about filling a large gap. King never revealed how Roland at fourteen and his two friends Alain and Bert returned home after winning a victory and a prize, but at considerable personal cost. King provided only the briefest of comment as to events, so Furth wraps her graphic novel around them, with Peter David continuing to script her plots. It’s the process that will be followed by the following three Dark Tower graphic novels.

The introduction to Mid-World where these stories take place was primarily a Western, to slap a single genre upon it, with the other-worldly intrusions limited. Here the fundamental themes of King’s novels are introduced as Roland meets the Crimson King, master of chaos, whose intention is to see the world to destruction. He’s terrifying.

As before, David’s unnerving narrative captions, spoken from hindsight, perpetuate a tension throughout, and as before the theatrical staging of The Long Road Home is emphasised and elevated by the art. Jae Lee’s jagged and shadow shrouded figures occupy sparse settings, with Richard Isanove limiting each page to shades of a single colour.

What Furth emphasises well is what it’s like to be fourteen with a victory under your belt prompting a belief that the world can be taken on. Because he has no idea how utterly outclassed he is, Roland is defiant and confident, and learns for the first time of the Dark Tower, with which his destiny is entwined. The Crimson King would destroy it. Alain and Bert play fundamental roles, leading the journey home while Roland is incapacitated, and the biggest surprise is a transformation that prompts plenty of questions, no doubt answered at a later stage.

Anyone already caught up in the miasma of The Dark Tower will surely appreciate the pure quality of The Long Road Home, and how it feeds both into, and to a lesser extent from, the source material. Supernatural horror is now the genre of choice, and it’s very good indeed. Roland’s steps to destiny continue in Treachery.

Once again, a fair selection of bonus material is provided, this time concentrating more on the art, with covers to the original serialised comics, Jae Lee’s thoughts on cover design, following one example through from sketch to finished article, and some preliminary pencilled pages. David supplies an interesting essay on his (surely invalid) concerns about writing for Stephen King.