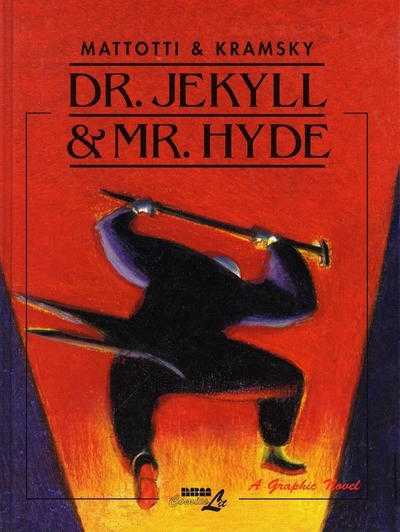 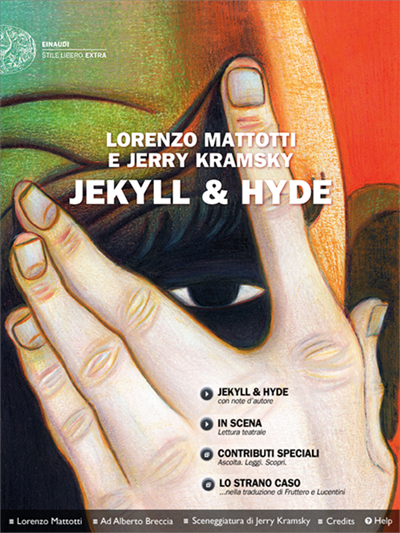 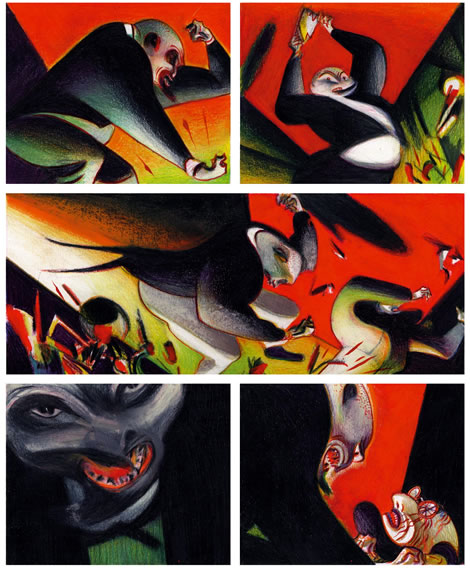 The Strange Case of Dr. Jekyll and Mr. Hyde is one of the most adapted of literary classics, with several versions in comics alone, yet if there’s anyone who could make something new of it, it’s Italian artist Lorenzo Mattotti.

Working to the classic European ‘album’ format of sixty-odd pages, Mattotti and writing partner Jerry Kramsky slim down Robert Louis Stevenson’s novella. They ditch the narration by the lawyer Utterson, and compress the detective story unveiling of Hyde’s origins – most readers know the secret by now! This lets them concentrate on the story as social observation and psychological thriller.

The central theme of the duality of human nature is there from the opening lines: “I feel nothing but horror… that kind of animal…”. This we infer, is Doctor Henry Jekyll referring, late in the book’s events, to his dark alter ego Mr Hyde. These thoughts are juxtaposed against silhouettes of Hyde scuttling through the city like some unidentified nocturnal creature. He’s first seen as a distorted shadow, and thereafter his face is always cropped, seen from an obtuse angle, or otherwise hidden. This avoidance of an objective view of Hyde, stops him becoming a person in his own right, he’s merely shadow – the dark side of his painstakingly respectable creator Jekyll.

Similarly, when Jekyll eventually appears in the story, his monologue opens with the tension between his public image and private desires, which will trigger the creation of Hyde. As Jekyll discusses his experimental ideas with horrified friend Lanyon, Mattotti shows him turn from urbane charm to snarling anger that foreshadows the aggression of his alter ego. We also see here Jekyll’s real or affected contemptuous alienation from the night-life he will burst into as Hyde.

Mattotti’s trademark style is rooted in the early 20th Century avant-garde, and here he explicitly references his debt to the era’s Expressionist movement. The opening panels of Hyde’s shadow cast across the angular buildings evoke the painted sets of 1920 film The Cabinet of Dr. Caligari, while the seedy night-life scenes clearly channel the satirical drawings of Georges Grosz. These references, with the addition of night clubs and a jazz band, update the setting from famously repressed Victorian Britain, to the more permissive setting of inter-war Europe, perhaps Weimar Germany. In keeping with this, Hyde’s climactic victim is changed from a Member of Parliament, to diplomat’s wife Frau Elda. This update also prompts the more sexualised presentation of Hyde’s cruelty, rendered by Mattotti in gleefully horrific beauty, making this unsuitable for children or the faint-hearted.

Mattotti is also known for releasing colour from the constraining black lines of comics. Here he uses minimal inking, over which he builds up his incandescent hues in pencil and pastel. The ink lines are printed red – it’s a brilliantly simple and effective device, making the pages more vivid, and the associations of the colour creating an ever-present undercurrent of danger. On the transformations between Jekyll and Hyde he channels painter Francis Bacon, who took the angst-ridden distortions of Expressionism to their grotesquely violent extreme. The result is some of the most powerful pages seen in comics.

While the artwork is flawless, the text has some glitches. At times it reads as if translated from Kramsky’s Italian by someone who doesn’t actually speak English. It’s a baffling failing, from NBM, a US based publisher with a major line in European books. Ultimately Kramsky’s imaginative treatment, and Mattotti’s astounding art render this a minor niggle, in a masterful new take on a familiar classic.