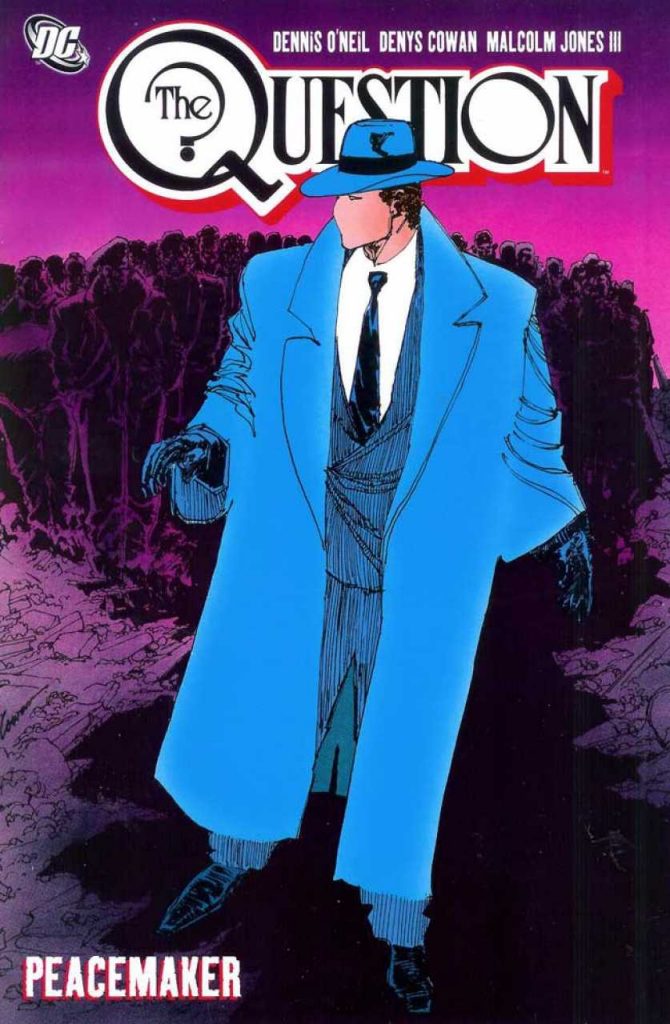 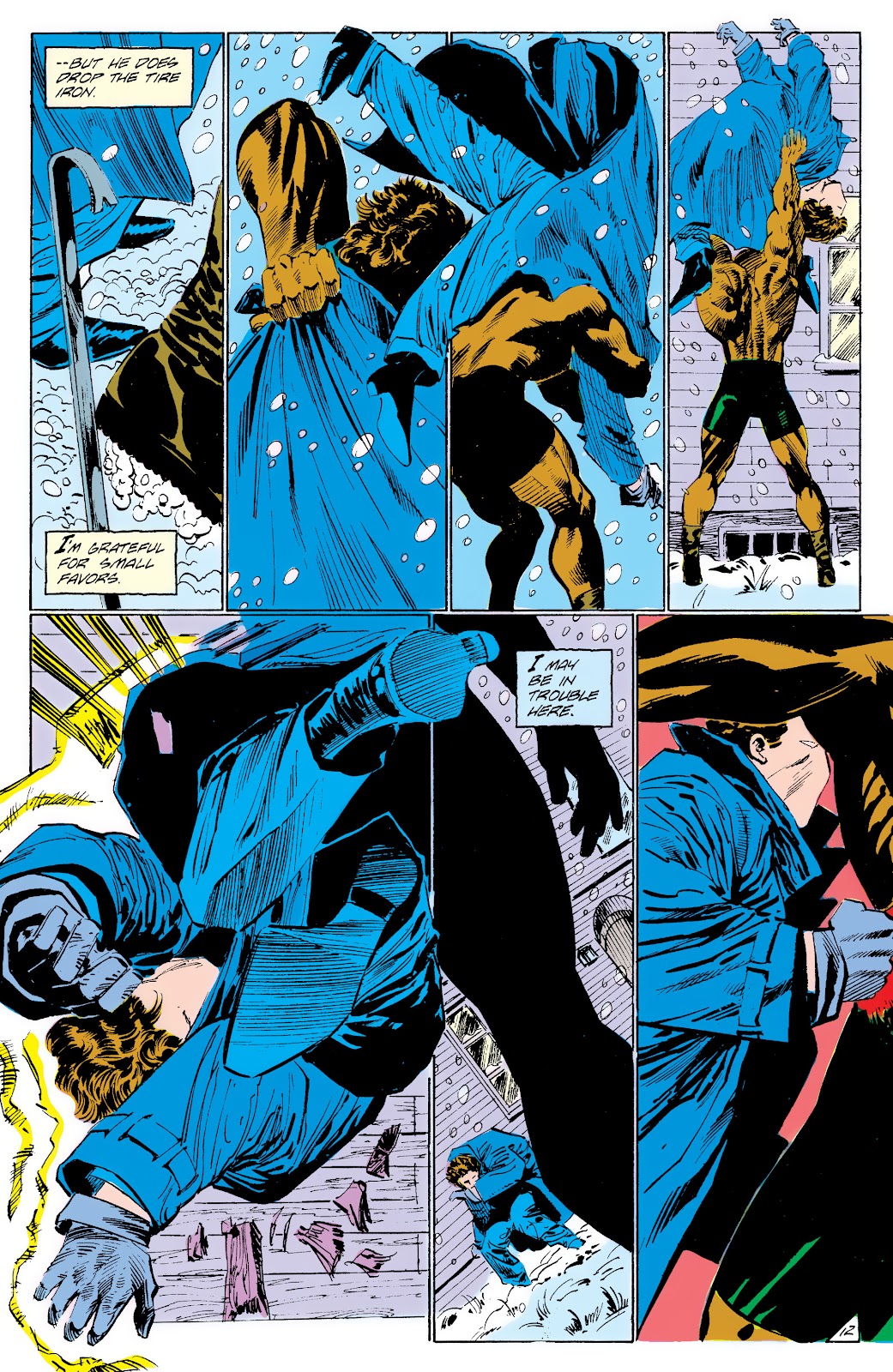 Peacemaker concludes the run of paperbacks reprinting the 1980s Question series. Hub City remains a scummy and corrupt place, but with Myra Fermin now recovered and taking her place as Mayor she intends to start improvements, and in one way or another all six stories here are steps toward the light. Her opening statement is to demolish an area known as Hell’s Acres, so crime-ridden that the final actual residents preferred homelessness to living there. It’s also the hell hole where the orphaned Vic Sage spent a rough time in his teens.

While civic improvement is on the agenda, Dennis O’Neil keeps the stories about people. Sometimes the Question is centre stage, sometimes he’s secondary to events such as the new Citizen’s Patrols. Each has a tension to them, but O’Neil varies that also, Vietnam flashbacks mixing with killers without a conscience. There’s also an uncharacteristic slide into brief and occasional sentimentality.

The series began with Lady Shiva and Richard Dragon preparing Vic Sage to be a more efficient Question. Shiva stepped back into Hub City during Riddles, and here Richard Dragon arrives, his wheelchair no impediment to his dealing with the local thugs. He leads into a decision for which O’Neil has been laying the groundwork for some while. Why is the Question a night time avenger? Others have given their answer and some have been right.

After an initial awkwardness before finding his style Denys Cowan defines the Question and his world, giving Hub City a solidity and its inhabitants an almost universal grubby seediness. His final peer into the abyss is another grim delight as O’Neil concocts degradation even worse than what’s been seen before. Given what the series has been, what kind of ending would be satisfying? The one provided fits. It’s more or less definitive and true to the characters, so in that respect satisfying, and it’s certainly not predictable. The Question has been enigmatic and thought provoking all the way through, and O’Neil remains true to that ethic.

While Peacemaker brings O’Neil’s initial run on the Question to an end, he did write further stories, issued as The Question Quarterly, but never collected in book form. Perhaps they’ll be included in the Summer 2022 release of The Question Omnibus. Just in case there is any expectation, the title notwithstanding, there’s no involvement for DC superhero Peacemaker. 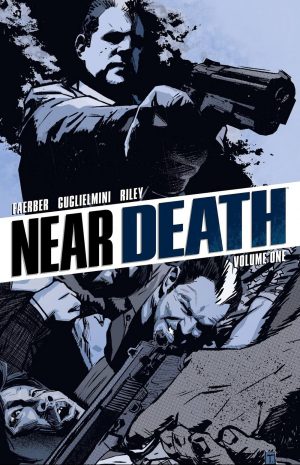