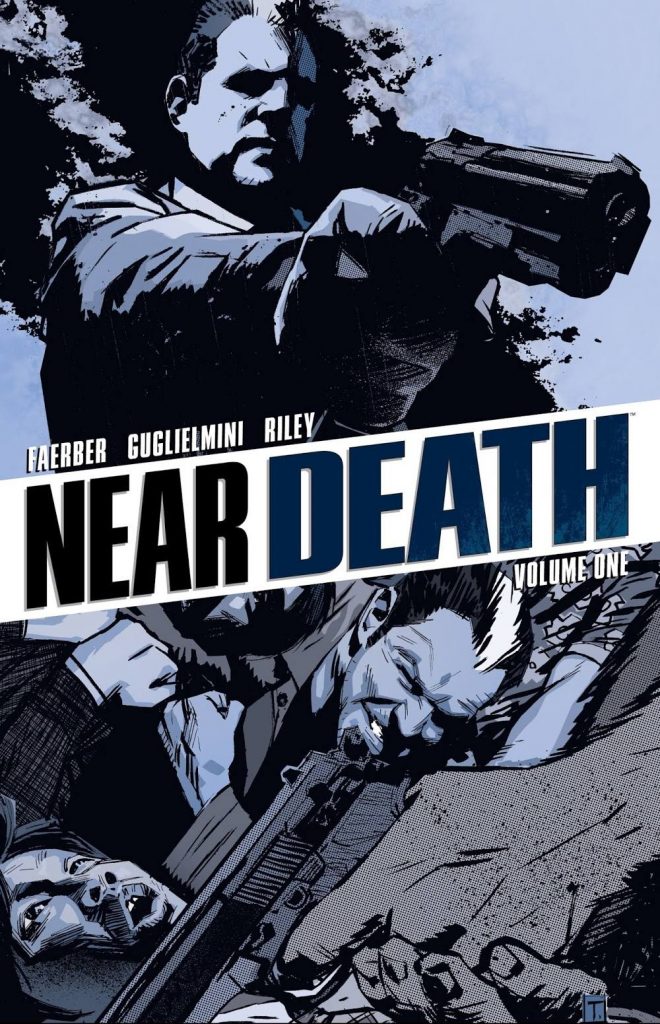 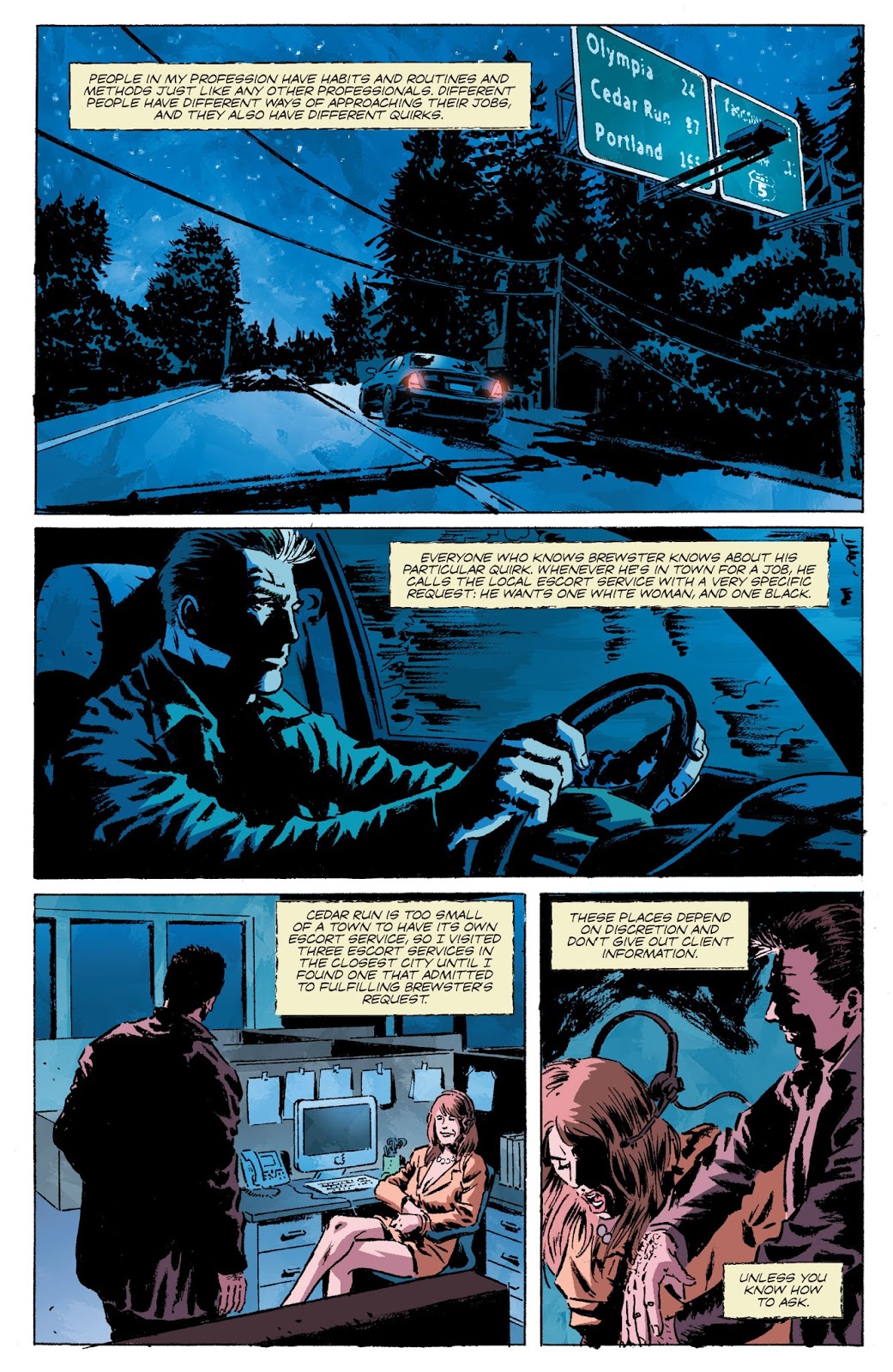 Markham is a killer, but even with his long track record things sometimes go wrong, so we first meet him turning up to the premises of a vet in the middle of the night. Despite her best efforts, he flatlines, which leads into the near death experience suggested by the series title. The Markham who’s brought back to life after a minute has changed beyond a new white streak in his hair, although as the sample art shows, some of his unsavoury habits remain.

Because he’s been given a chance, Markham decides the scales require balancing, so his purpose is now to save a number of lives equal to the people he’s killed. Jay Faerber’s premise grips from the start, not least because he keeps Markham morally compromised, and throws in ethical dilemmas beyond that. What if the life he’s saving is that of a child rapist? Faerber extends those dilemmas to other characters also, and hanging over everything is the people he once worked for now knowing he’s out of the game and not keen on the idea because of what he knows.

There’s a very obvious, although superficial, comparison for Near Death. It’s Ed Brubaker and Sean Phillips’ Criminal, also dealing with compromised people in dangerous situations, and Brubaker supplies a back cover quote. The likeness is heightened by Simone Guglielmini’s art working roughly the same territory as Phillips, naturalistic and gritty with well a defined cast and locations. However, because Near Death walks in the same field, doesn’t make it an imitation. Markham’s quest for redemption is an entry point into a varied world of entirely different situations, few of which run predictably, but Markham’s previous career experience serves him well. Faerber also knows better than to make him cuddly, or even likeable to accompany his change of direction, but we can admire the efficiency and root for the innocents who’d otherwise be dead.

There are connecting threads, but each chapter can be read individually and understood. By and large they’re very tightly plotted, although one lapse is the idea that someone with no connection to him would just recognise Markham as he jogged in the park. The five chapters also form a complete story with all loose ends tied up, but because you’ll want more of a good thing, there’s also a Volume Two.