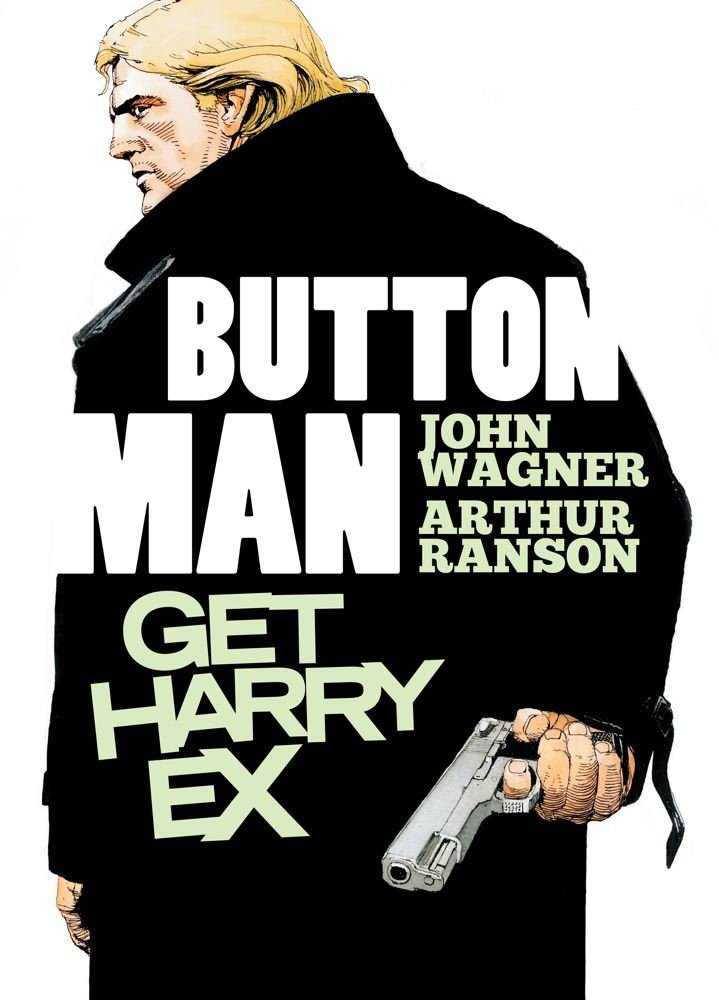 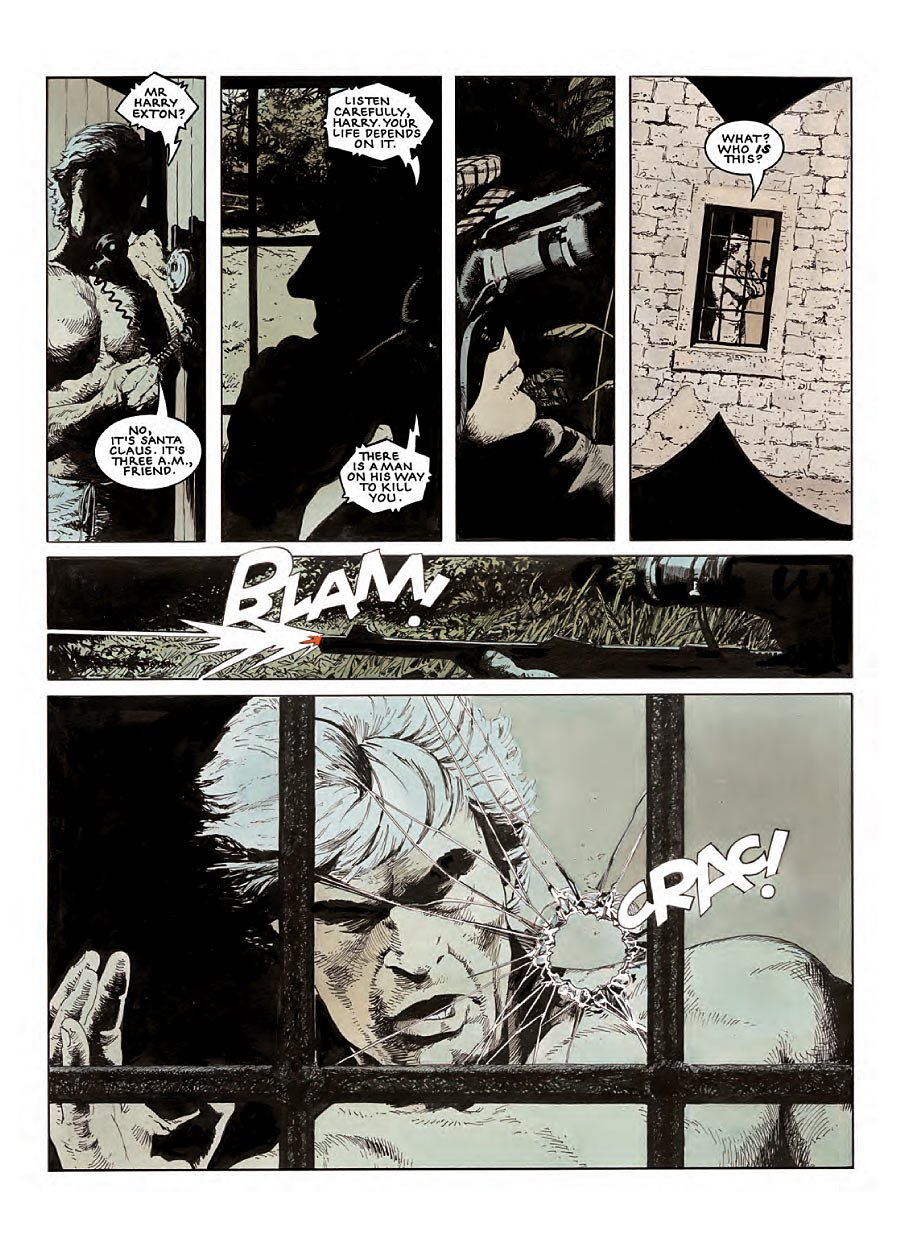 Between 1994 and 2001 John Wagner and Arthur Ranson collaborated on three stories featuring Harry Exton, former soldier and mercenary, who’s easily persuaded to become part of The Game. It’s a scenario whereby extremely wealthy men, known as Voices, employ what they call Button Men, killers they set against each other while betting on the outcome. Contests are determined either by death or the surrendering of a marker, the top joint of a finger. No-one surrenders willingly, but it’s better than dying. Harry’s experience and remorseless sadistic attitude make him the ideal contestant, and he’s relentlessly successful. The plot twist comes when he wants out.

Wagner doesn’t receive enough credit for work other than Judge Dredd. For starters, what a concept Button Man is. The three stories here were originally released as The Killing Game, The Confession of Harry Exton, and Killer Killer, and each of them is a near perfectly plotted and paced, cinematic action thriller. Wagner establishes early that Harry is an amoral sociopath, neither likeable or admirable, at a stroke making his writing life more difficult as he’s not a character to root for, so the tension is sustained by the inventiveness of his staged sequences, where killer stalks killer. It’s perhaps best illustrated in the third story, in which Harry faces impossible odds, yet whittles them down until they favour him by using territory he’s familiar with. Wagner’s also good at revealing elements just before readers figure them out. The final story depends greatly on Harry being traced everywhere he goes. The process is both well foreshadowed, and explained at the halfway point rather than being saved for the big finish. Wagner’s got something better in his box.

Ranson’s contribution is precise, figurative art, that looks dependent on photo reference, but retains a sense of movement when necessary. Despite the potentially gruesome nature of the content, Ranson is restrained, suggesting rather than explicitly showing, and he has a fine line in visual metaphor, frequently contrasting Harry with the threats of the animal kingdom. The natural world resonates with Ranson, and this connects with his facility for illustrating beautiful scenery. Wagner underlines Harry’s lone assassin character by largely setting him in remote locations, and Ranson provides a postcard every time. There’s a detailed elegance to everything Ranson draws, but that doesn’t mean he can’t supply the required grit when the action takes place in grimy urban locations.

It’s a novelty to see Harry age as the stories continue, with roughly a decade elapsing between the first and the last, but the plots haven’t aged. A reliance on landlines rather than cellphones and having to explain GPS technology establish a period, but most of the locations and vehicles used are classic and timeless. Cynical, steel hard and deadly, Get Harry Ex is an undersung treasure.

A fourth Button Man graphic novel was written by Wagner, but drawn in a very different style by Frazer Irving, and featured Harry in a supporting role rather than as the protagonist. Presumably these reasons account for the absence of The Hitman’s Daughter.