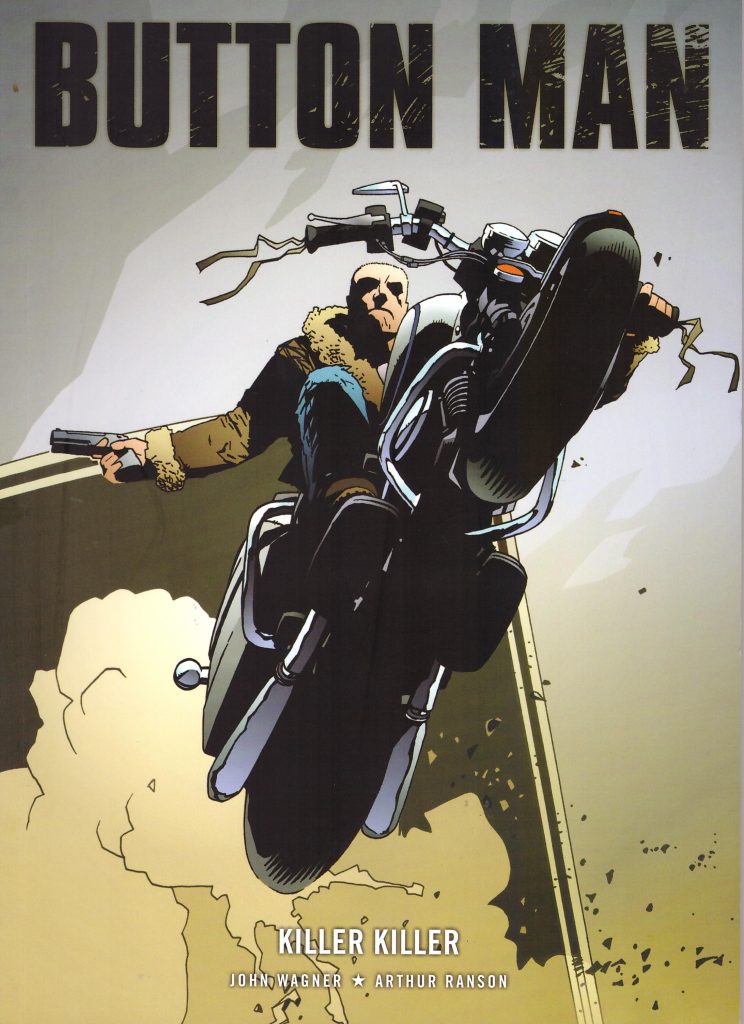 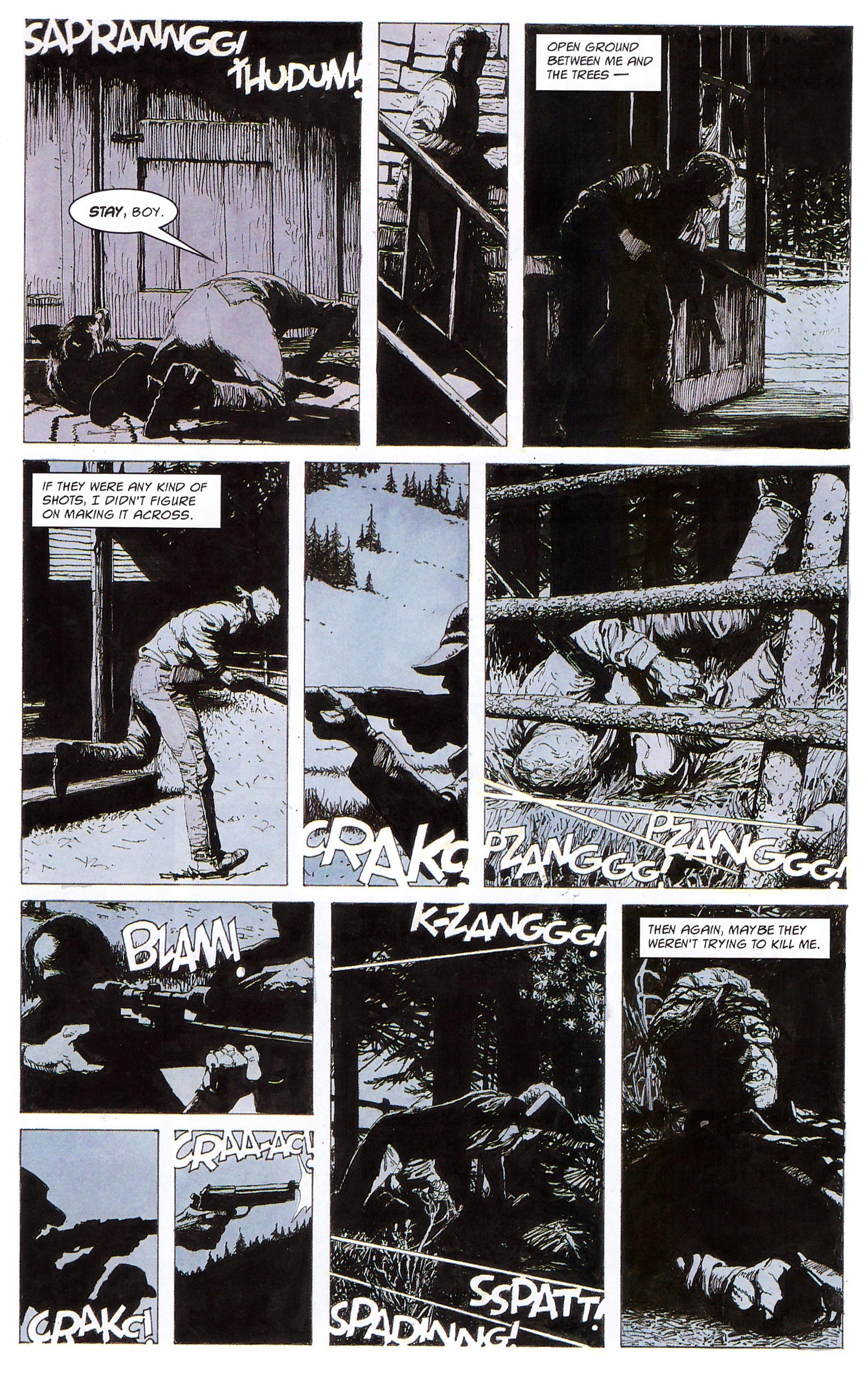 It’s been some while since Harry Exton quit The Game, whereby killers are pitted against each other for the betting excitement of incredibly wealthy men. He’s a legend among fellow Button Men, but cut his ties, and is now Raymond Perkins, living in an isolated cabin in a remote part of the USA along with the dog he acquired in The Confession of Harry Exton. He has, however, complicated his circumstances by taking up with local dentist’s attractive wife, and as he’s been told more than once, you don’t quit The Game.

A few points require explaining before John Wagner and Arthur Ranson upturn Harry’s life completely, and the main plot rolls into motion. Harry’s being chased by thirteen hitmen who are somehow aware of where he is at all times via a method Harry can’t work out. It’s clever, and it depends on GPS technology now commonplace, but restricted to the wealthy in 2001. This is ten years since Harry showed up in The Killing Game, and although it’s not explicitly stated that real time is applied, Ranson draws Harry as older, and rougher around the edges. He’s also out of practice, and it’s that along with the mystery of how he’s being tracked that takes us from action scene to action scene. The title ties into another clever aspect. Killer Killer is also the title of a soon to be released film for which publicity is already being generated, and the plot is based on the Button Men and their Voices.

The book takes Harry over a fair portion of the Northern US states, and Ranson’s realistic depiction of assorted diners, motels and shady streets is superb. He arrives at the correct evocatively grimy look, yet maintains the impeccable elegance of his art. When some scenery is called for, it’s gorgeous, and Ranson’s character designs are superb, anonymous when needed to surprise, and distinctive mean looking men you wouldn’t want to mess with to provide a constant threat.

Don’t be put off by Kev Walker’s strangely off-putting cover. Killer Killer is the best book in an excellent series as Wagner rolls out trick after trick in his plot, which with Ranson’s talents is superbly cinematic. At the midway point Wagner turns the tables smoothly, and a feature of this story when compared with the previous books is that we see far more of the Voices, the men who’re pulling the strings. They’re a confident bunch, and looking back in on them every now and then is instructive, as their mood gradually changes. Wagner reiterates what a complete bastard Harry is, and brings everything to a smooth conclusion. Except Harry’s story isn’t finished. There’s still The Hitman’s Daughter. Alternatively all Ranson’s work on Button Man is collected as Get Harry Ex.