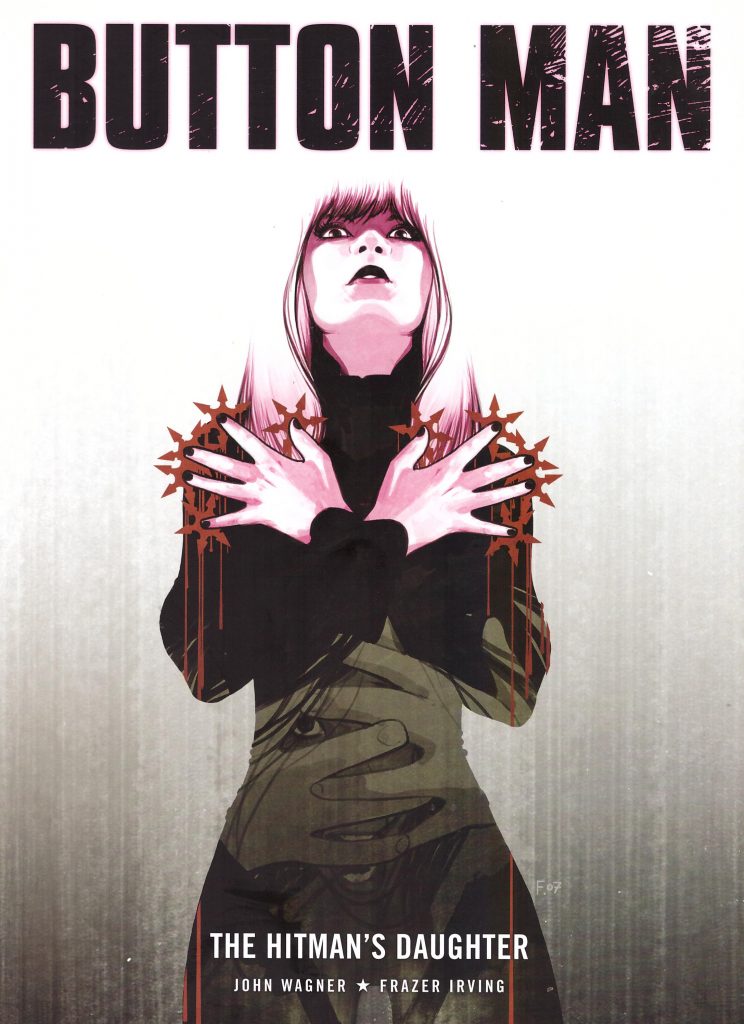 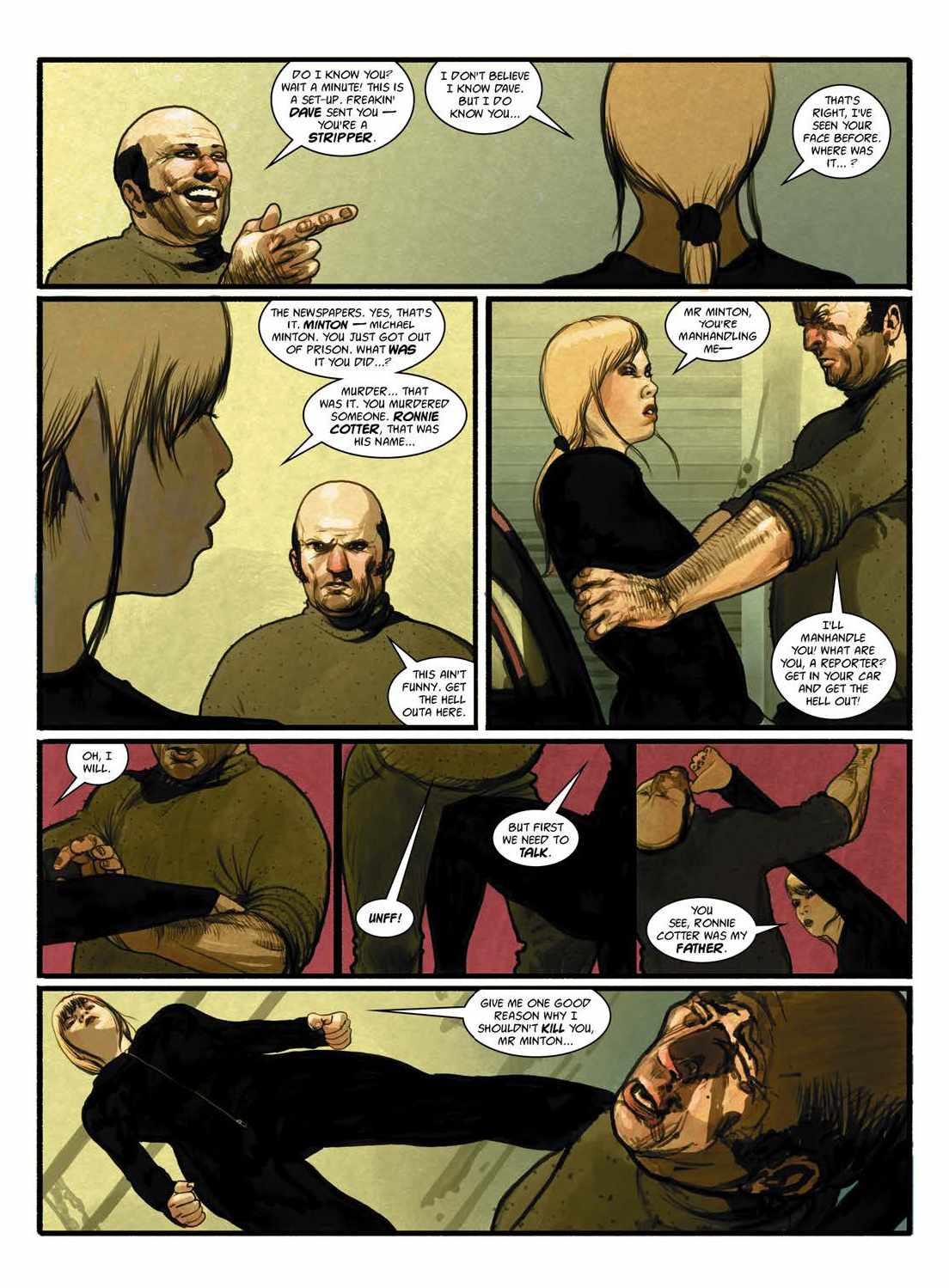 Several years after Killer Killer, Harry Exton resurfaced, this time relegated to a supporting character in the story of Adele Cotter, but back in the UK, and back in The Game. Aged seven, Adele witnessed the murder of her father Ronnie soon after her mother died of cancer. He’d been a Button Man, killing others to earn money for treatment, and with his wife dead wanted to leave his past behind. As has been reiterated continually throughout the series, you don’t leave The Game.

Previous series artist Arthur Ranson is credited with providing the idea for The Hitman’s Daughter, but doesn’t draw it. That’s left to Frazer Irving, whose cover depicting the Adele that saw her father die with the present day version is a fine piece of montage. However, his particular style of digital manipulation lacks the rich detail of Ranson’s pages, with backgrounds sparse, blurred and minimal, and colouring in dull shades. Irving’s character creation is more satisfying, with Adele and her Uncle Max standing out, but his method of outlining faces and applying the depth and detail with colour rather than ink leads to some odd looking people in places.

John Wagner’s plot is again excellent, with Adele growing up swearing revenge on the men who killed her father, believing Harry to be among them, and being dedicated enough to keep training in order to match killers. She’s horrified to learn more about the world of the Button Men, recontextualising what she’s believed her entire life, and the deeper she digs into the events of thirteen years previously, the more she uncovers lies she’s been told. This occurs in a piecemeal fashion, and Wagner’s hardly shy about hinting who one of the real villains is. His storytelling is more ambitious than the straightforward manner of the previous books, beginning by juxtaposing past and present, and it’s pleasing to see Harry aged still further. He’s kept himself fit, but this is now a middle aged man.

Irving’s artistic career is one of continual progression, but The Hitman’s Daughter isn’t his finest hour, and suffers via association with Ranson’s previous work, so while it’s a compelling read, it just doesn’t look as good.