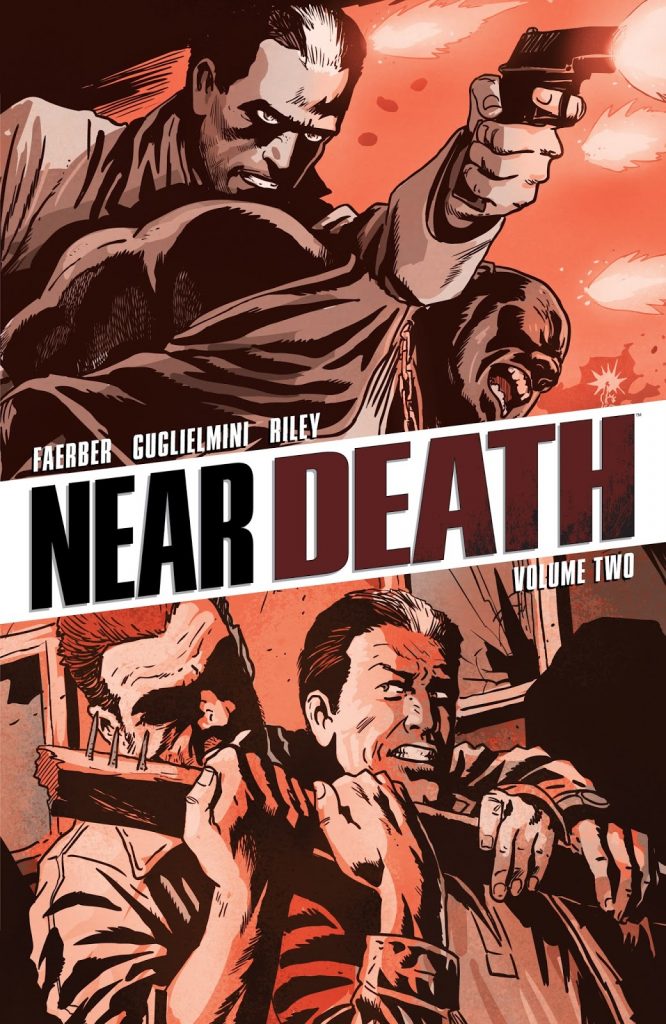 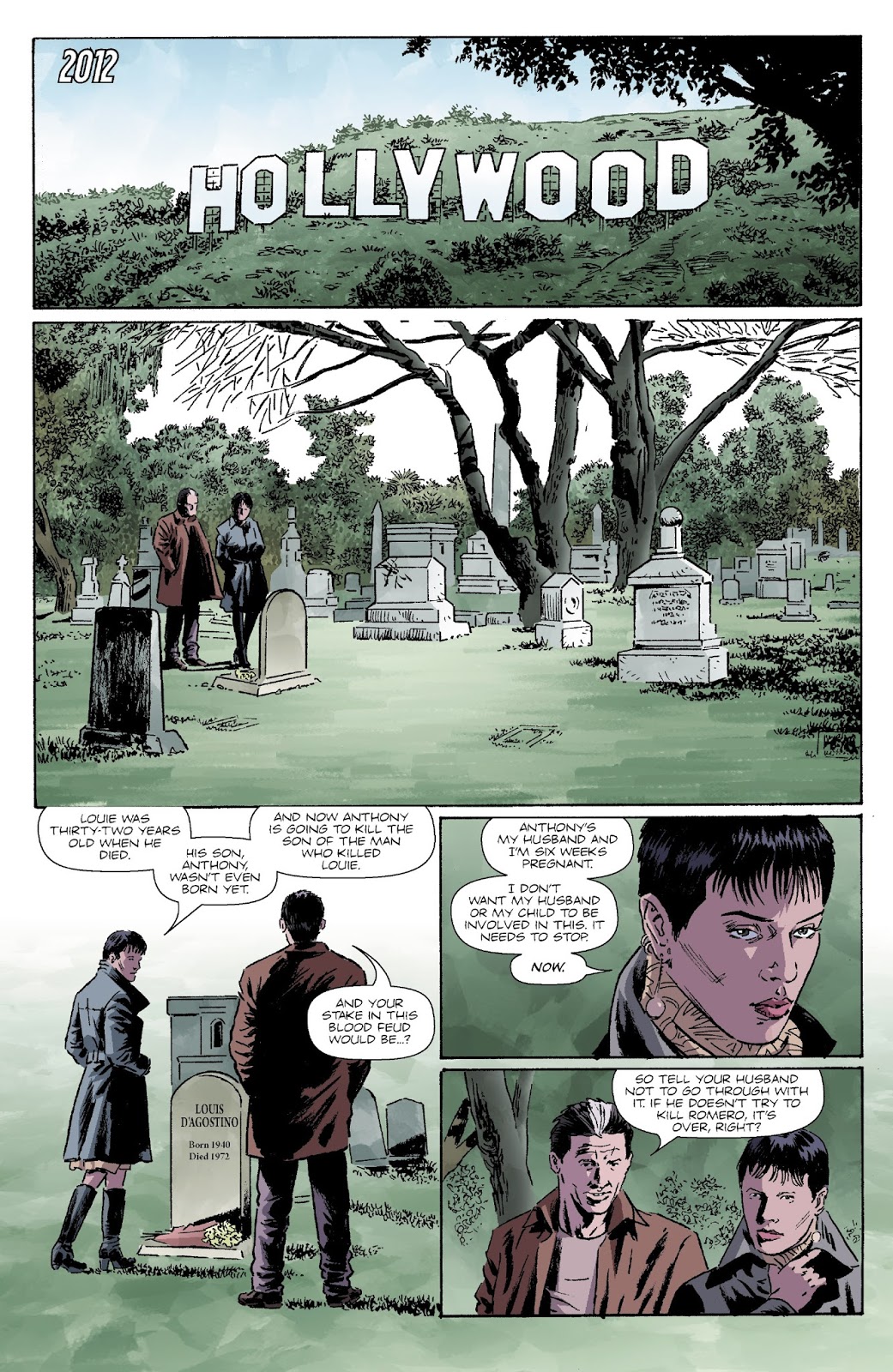 Markham is an assassin for hire who saw the light more literally than most during a near death experience. He decided he needed to atone for his life to that point by saving as many people as he’d previously killed. As seen in Volume One, this put him at odds with previous work colleagues, and he’s now left Seattle to work in Los Angeles.

He’s now more obviously finding jobs where he’s hired to protect people, but this is fundamentally the same Markham we know from before. Simone Guglielmini makes just as a good a job of drawing LA past and present as he did Seattle, and Jay Faerber supplies an interesting new situation every chapter. How does Markham stop a vendetta spreading further down the generations? How does he extricate a young guy from a gang? How does he save his former employer?

As before, a few small items don’t make much sense. Would a man whose career requires keeping a low profile really be driving around in a classic 1960s Lamborghini Miura, coloured yellow? It sure provides Guglielmini with a nice recurring visual, though, and Faerber more than compensates with plentiful moments that will fool even dedicated crime readers. Four single chapters are followed by three connected that bring Markham back to Seattle, where one loose end remains from the previous book, and we learn about the mission gone wrong that led to his near death condition opening that volume. It leads to a great final chapter where the somewhat shaky logic underpinning Markham’s change of heart is challenged by a surprising source.

After this volume it seemed as if Faerber and Guglielmini were done with Markham, but in late 2020 Over My Dead Body appeared. 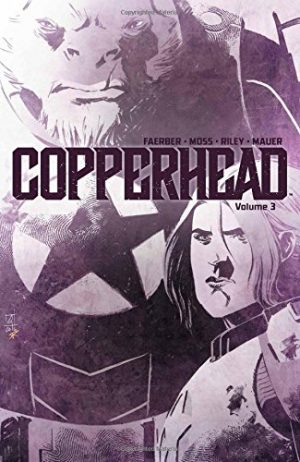 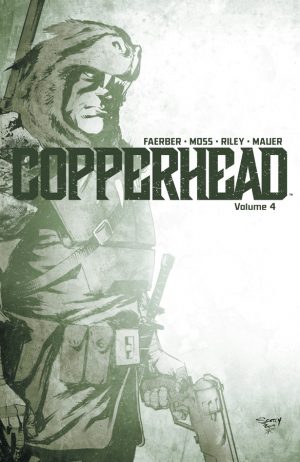