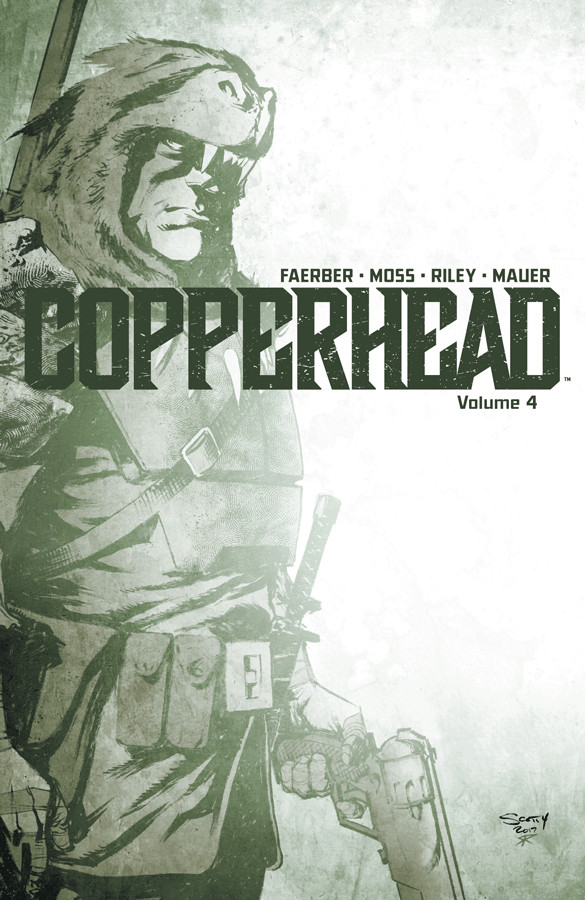 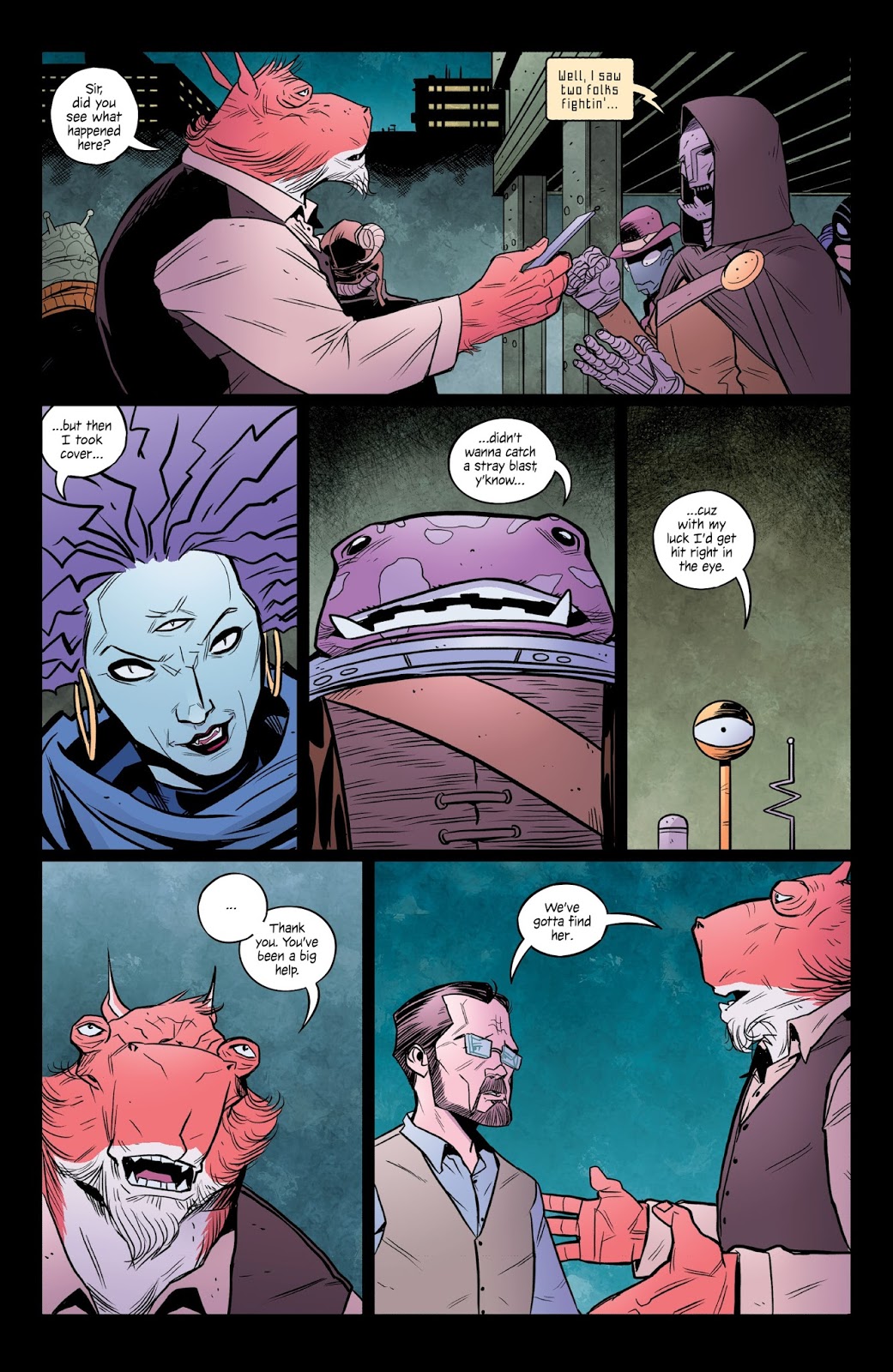 It’s revealed early that something readers may have come to suspect is actually the case. Clay is extremely dangerous, not averse to a risk, has previous with Sheriff Clara Bronson, and has found his way to Copperhead accompanied by a psychotic partner. She believes he’s come for treasure, but Clara is well aware why he’s really tracked her down. “Didn’t I tell you baby”, sneers Clay, “she’s a fighter. Right to the end.” It doesn’t look good for Clara, but that’s pretty well been the case since the start of the series.

Volume three was a little disappointing, partly from the change of artist, and partly from the feeling of it moving along a plateau rather than escalating. That’s not the case here, a succession of chapters that start big and keep on thrilling until the end. Jay Faerber’s kept much about Clara’s past in the dark, but now reveals who she is, where she came from and why she ended up as Sheriff of a minor mining community in the back end of nowhere. This backstory is nicely composed and utterly compelling, but for reasons of pacing everything here would have been better combined with the previous volume rather than arbitrarily splitting a carefully structured continued story over two books.

Drew Moss is again a frustrating artist, providing the minimum of what’s necessary when he’s obviously capable of so much more. Closing tight in on faces for a page at a time is a viable dramatic technique. Repeating it again and again is plain idle. Moss can deliver personality in spades, but can’t be bothered embedding the cast in believable locations, or varying the scenery, and that drags Copperhead down.

While this is a thrilling story, one single aspect doesn’t really hold water, a killing when other options were available, a scene with reverberations and echoes throughout the remaining pages. It’s a split second decision in an incredibly tense situation, with some resentment hinted it, but unlikely given what we know about the person involved. There is the additional purpose of setting up the subsequent scene, but it remains an awkward anomaly.

The superbly slimy Hickory is pushed even further into the background by ongoing crises, but it seemed as if volume five would reveal what he’s really up to. Unfortunately, that never appeared. There is a single chapter beyond this, drawn by original artist Scott Godlewski, but it was then announced no further issues would appear, nor the already solicited collection. 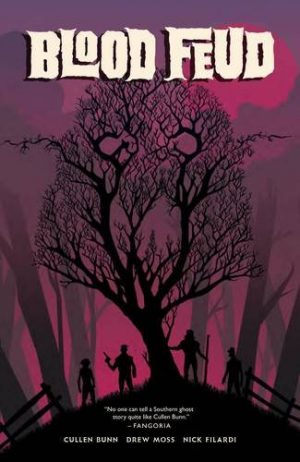