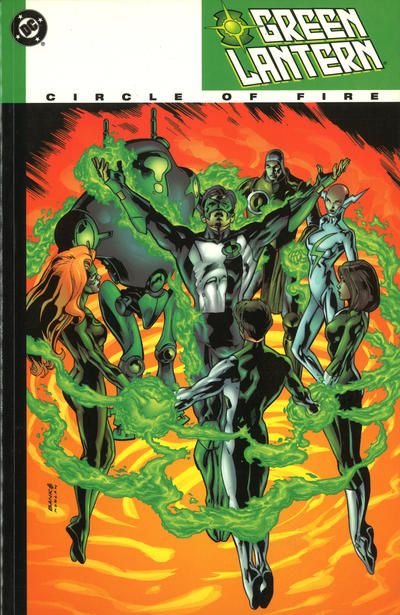 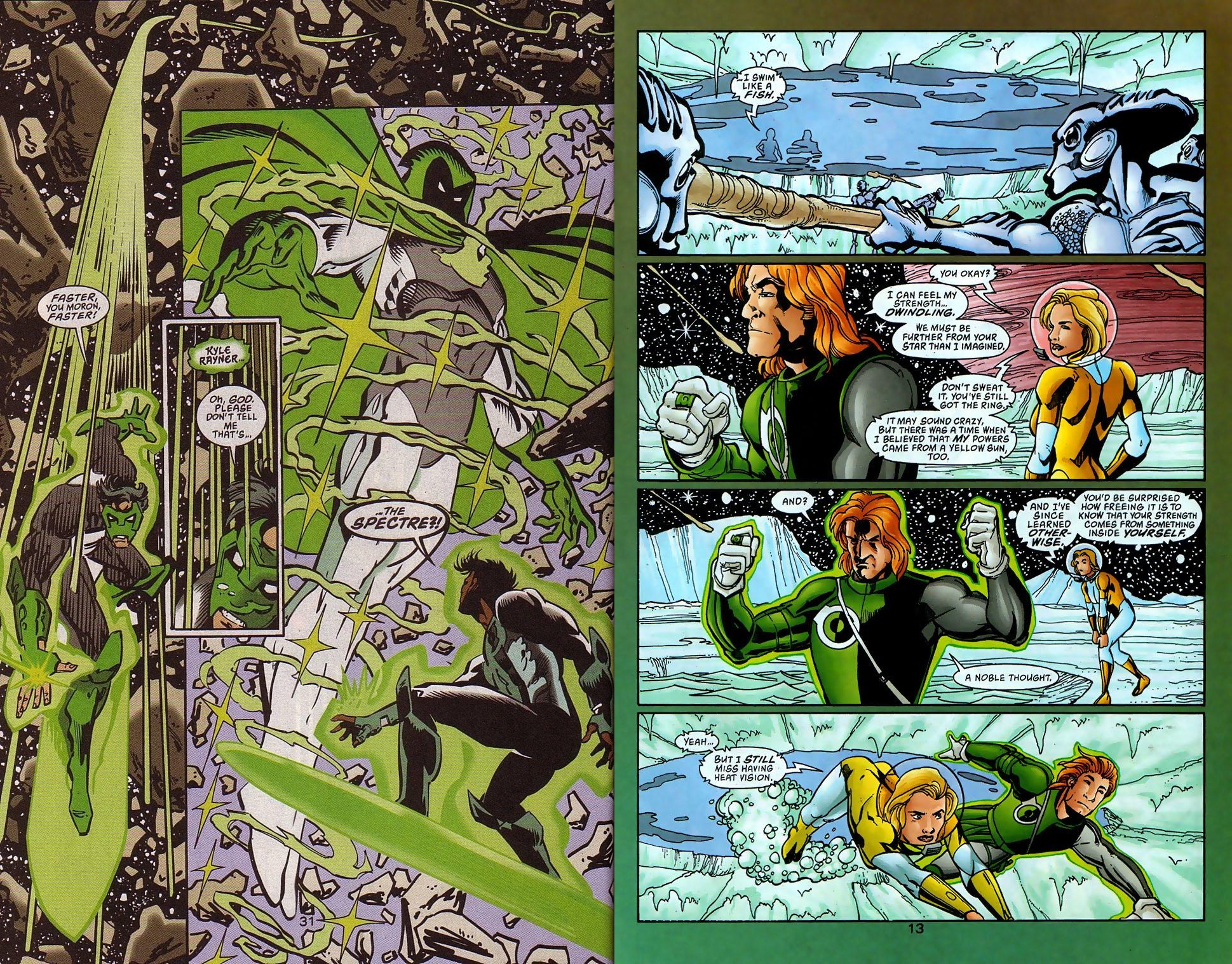 Despite this being a Green Lantern story, the first to encounter the menace of Oblivion is Adam Strange, then moments away from being whisked back to Earth, the time allocated to him across the galaxy almost expired. The surprise comes when Green Lantern, Kyle Rayner version, recognises the villain, Brian K. Vaughan coming up with an inventive reason for this. Oblivion inevitably arrives in the vicinity of Earth, and the Justice League’s intention to see him off doesn’t go to plan.

This is only one of several clever moments in the opening chapter, which plonks the entire mess squarely back into Green Lantern’s court, but gives him plenty of new allies. Among them are a half dozen Green Lanterns created for the story, each of which is teamed over the following chapters with one of the Earth heroes Rayner has gathered, a specific purpose to every mission. Having set the plot in motion, Vaughan shares the writing with Scott Beatty, who takes on the Power Girl chapter, Jay Faerber on Firestorm, and Judd Winick who pairs Kyle Rayner with someone guaranteed to tug at the heart strings.

All writers have strong track records with drama before and since, so Circle of Fire is a lot of fun, while also ensuring there are significant character-based moments for each of the familiar cast. The new characters add a mystique, and Vaughan has left a big question mark hanging over everything in the form of a prediction.

There’s a considerable variety in artistic styles, but as the story is designed to be segmented that’s not a problem. Norm Breyfogle (sample art left), Randy Green, Trevor McCarthy, Cary Nord, Ron Randall, Robert Teranishi and Pete Woods (sample art right) are responsible. If you prefer cartooning it’s McCarthy likely to appeal the most, while most of the remainder work in different figurative styles. Nord and Randall have both looked better elsewhere, but are by no means poor, while Green works better on Green Lantern than his own features.

Everything builds up nicely, but while consistent with what’s been established, the conclusion may disappoint by using a theme hardly unseen in superhero comics, which is acknowledged in the closing summaries from Justice League members. It’s not enough to spoil the fun beforehand, and does lead to a neat sequence over the final pages, but don’t get your hopes up.