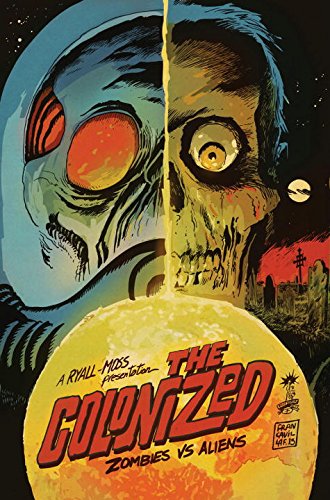 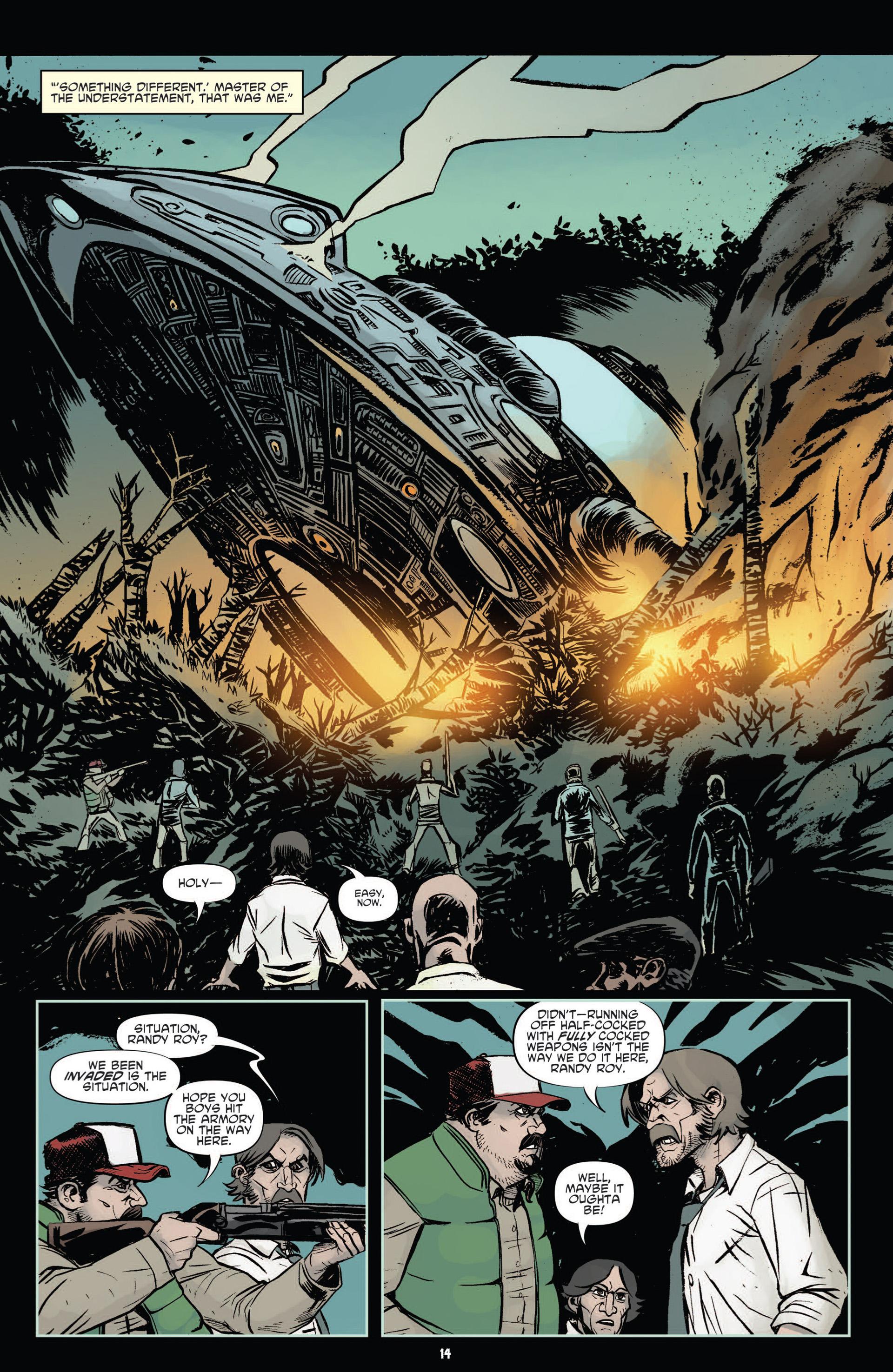 Having cornered the horror crossover market with Zombies vs Robots, it was no giant step for Chris Ryall to shift sideways to bring us zombies vs aliens, but he takes a different approach. The zombies and robots provide a far more visceral series, whereas while still resolutely implanted in the joys of cheap horror, Colonized takes a look at some real world politics in microcosm in the midst of all the slaughter we want to see.

The aliens and zombies arrive simultaneously in the small Montana backwoods town of Carbon Falls where an ideological conflict is brewing after the death of the mayor who just about managed to keep a lid on matters. His son wants to pull more towards a greener world, prioritising ecological interests, but the workers at the sewage plant have a different agenda. Separatists all, they see the future of the town removed from all government interference. Ryall throws that in as a backdrop rather than the story focus, which is what we really want to see. There are some interesting variations on zombies, and the mixture of ordinary humans and aliens is less volatile than might be assumed, which is a nice touch.

As drawn by Drew Moss there’s a pleasing 1950s look to the aliens, and a more timeless visual appearance for the citizens of Carbon Falls. He’s called on to design a greater variation of zombies than is usually found, and supplies a great three-quarter page illo of deceased citizens heading through town as well as viable surprises that would enter spoiler territory.

Matters are complicated by the arrival of a lone wolf FBI agent determined to arrest the separatists, and the commonplace zombie scenarios given a fresh polish via the application of alien technology. Ryall’s now an old hand at entertaining via the living dead, Moss a willing new accomplice, and they deliver the tongue in cheek fun you want from a graphic novel subtitled Zombies vs Aliens.