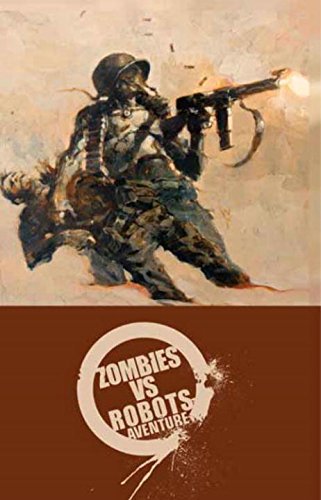 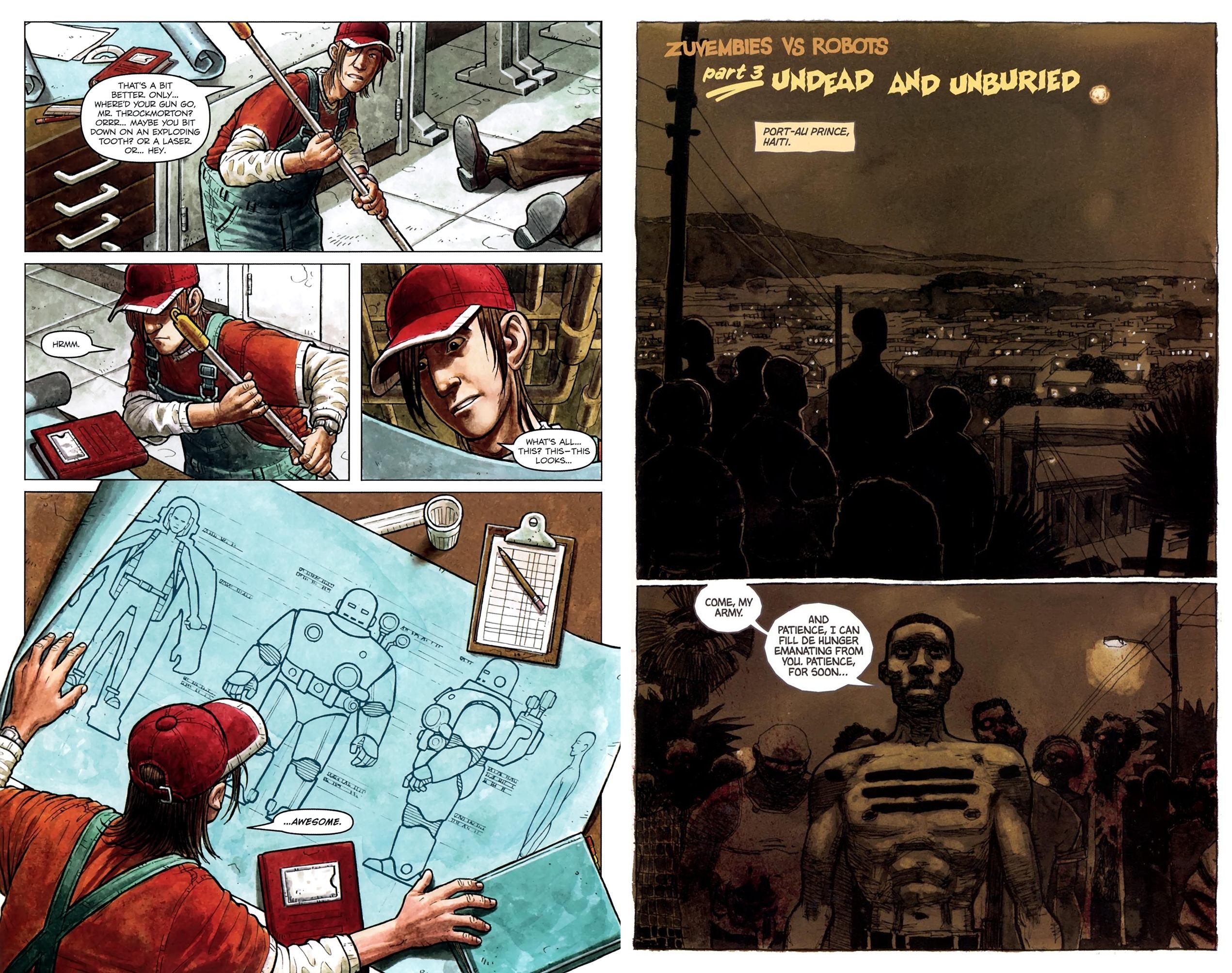 As seen in two earlier collections, the world of Zombies vs Robots is one in which humanity has almost been eradicated. As it was hardly the point of the previous material, there was an explanation, but it was just a page in passing. Chris Ryall now returns to the past with a look at the period when humanity, did they but know it, was on the verge of extinction. Robots have been invented, and zombies have begun appearing in three separate stories into which Ryall injects a more obvious sense of humour.

‘Kampf’ is caricature, but given the gloss of realism by the naturalistic painted art of Menton Matthews III, so underlining the joke. The zombies have over-run the streets of America, and gung-ho hardnut Sergeant Davis Wade knows his duty. His squad of cybernetically enhanced humans and accompanying robots has the feel of Pat Mills’ early ABC Warriors stories, with its zany contrasting personalities. This is spliced with a form of sitcom as Wade has to handle the crisis of his wife’s anger as he prioritises duty over family.

‘Masques’ is very different humour. The dim office cleaner inherits a squad of workbots who all refer to him as “New Master”, and he has them build him a battle suit. As designed by Paul McCaffrey, it may have a familiar look.

Haiti’s isolation initially keeps it safe as zombies over-run the rest of the world, but it’s a nation with a zombie culture of its own. ‘Zumvebies vs Robots’ explores this, with one Haitian considering the best way to solve a problem is to fight fire with fire. To begin with it’s the nearest in tone to the earlier work, played relatively straight, and the art of Gabriel Hernandez is dark and gloomy, indicative of the eternal night that’s heading humanity’s way. It lightens up, though.

What’s really great is seeing the artists take their lead from series creator Ashley Wood in designing a brilliant selection of clunky retro-robots. They take a while to manifest in Hernandez’s strip, but they’re the best of all, giant, bulky, yet supported by spindly, almost human legs.

Primarily during the course of ‘Kampf’, Ryall fills in the background to the future that’s already been seen for those that need to know, and the greater concentration on both plot and humour makes this a better collection that what’s come before. It’s also available as part of 2015’s Zombies vs Robots Omnibus. The next in the series is Undercity.