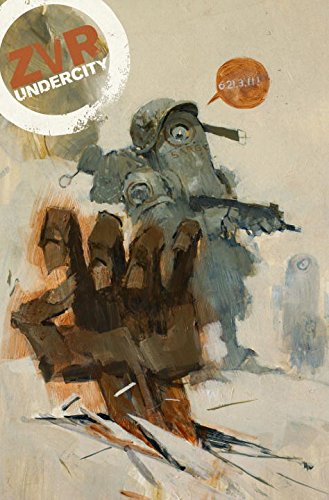 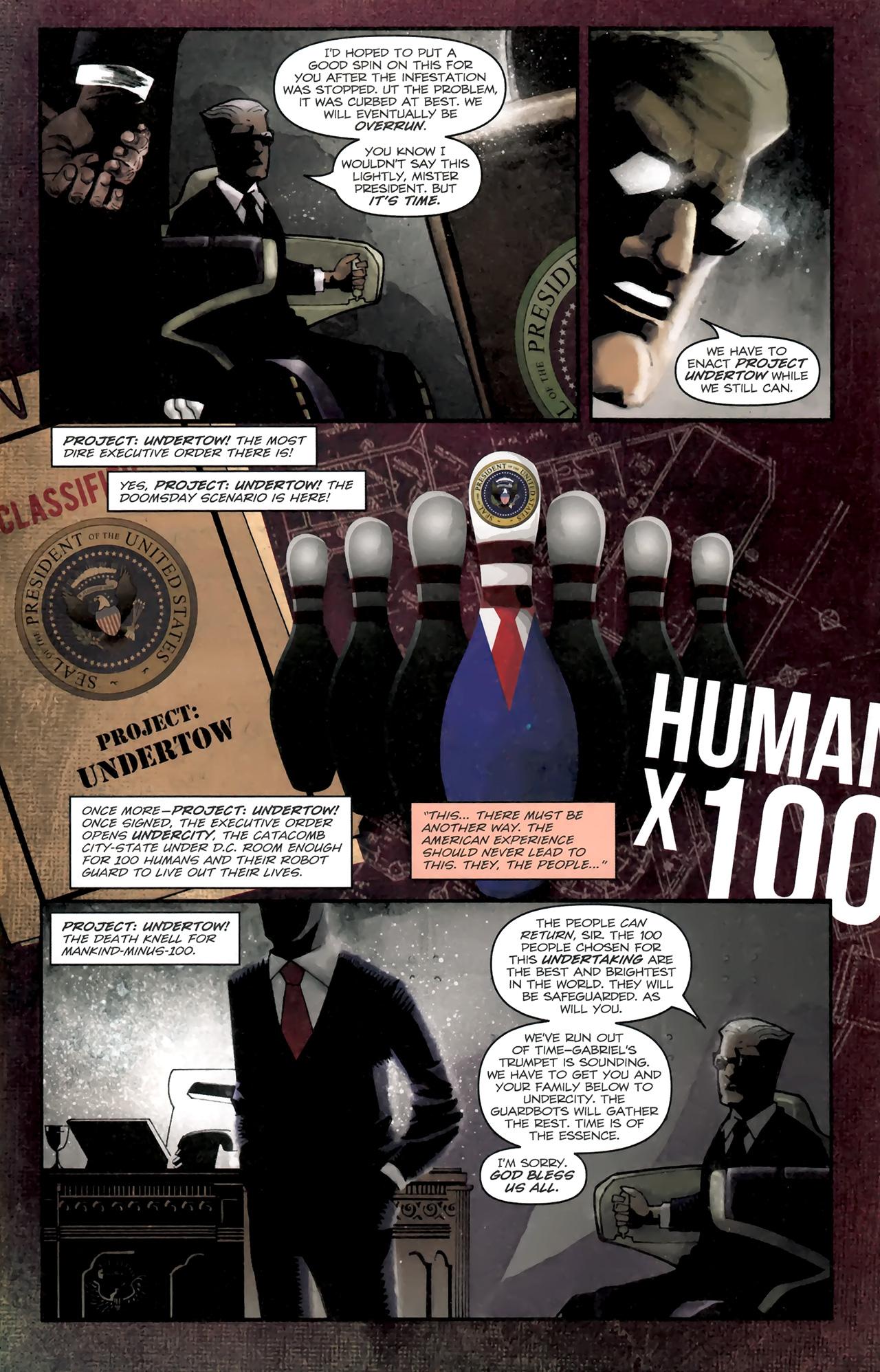 The first couple of Zombies Vs Robots books were visceral entertainment where the title said it all. In Aventure, however, Chris Ryall stepped back to investigate the time when humans still existed, and that’s the area he returns to in Undercity. There’s an acknowledgement in the USA that the zombie infestation has moved beyond any capacity of humanity to contain it, and the only solution is for the President to relocate to an enclosed safe city beneath Washington. He’ll be joined by a hundred other pre-selected humans whose skills have been determined to provide the best chance of humanity surviving, and robots are sent to ensure their safe passage.

Chris Ryall exploits the classic horror film template of gathering a small cast in a restricted location, so setting them up for the slaughter having first exploited their differences. Hubris personified, as noted, it’s the final Big Brother. Stir in some religious overtones via a demented preacher unleashing the God-Bots and their twisted theological interpretation on the outside world, and it’s gnasharama. And Ryall throws in a good twist with the Undercity of the title not being exactly what we’ve been led to believe.

Mark Torres creates a suitable world of perpetual gloom in which what’s going is never certain to the reader, never mind for the cast. It’s deliberately disorienting, bringing to mind the atmosphere generated by an old fashioned first person shoot-em-up video game. The Undercity as first seen also requires an application when it comes to design, and Torres is equal to the task, creating a global subterrania as hollow and plastic as those populating it.

As matters take their natural course, Ryall sub-divides his human in cast into the shorthand types populating horror movies. He takes a similar shorthand approach to the plot, throwing in one danger after another, his tongue glued firmly into his cheek as he supplies another great few lines of cheesy dialogue. Undercity is utterly bonkers, and a lot of fun.

Ryall turns the feature over to other creators for Diplomacy, but returns with No Man’s Land. Undercity is also found with much other material in the Zombies vs Robots Omnibus.