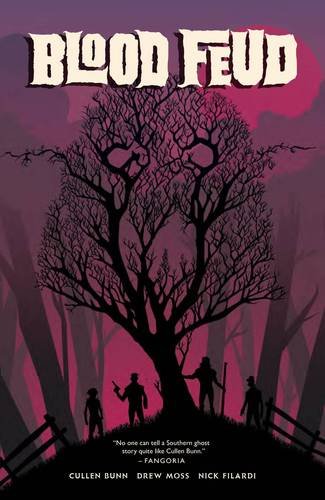 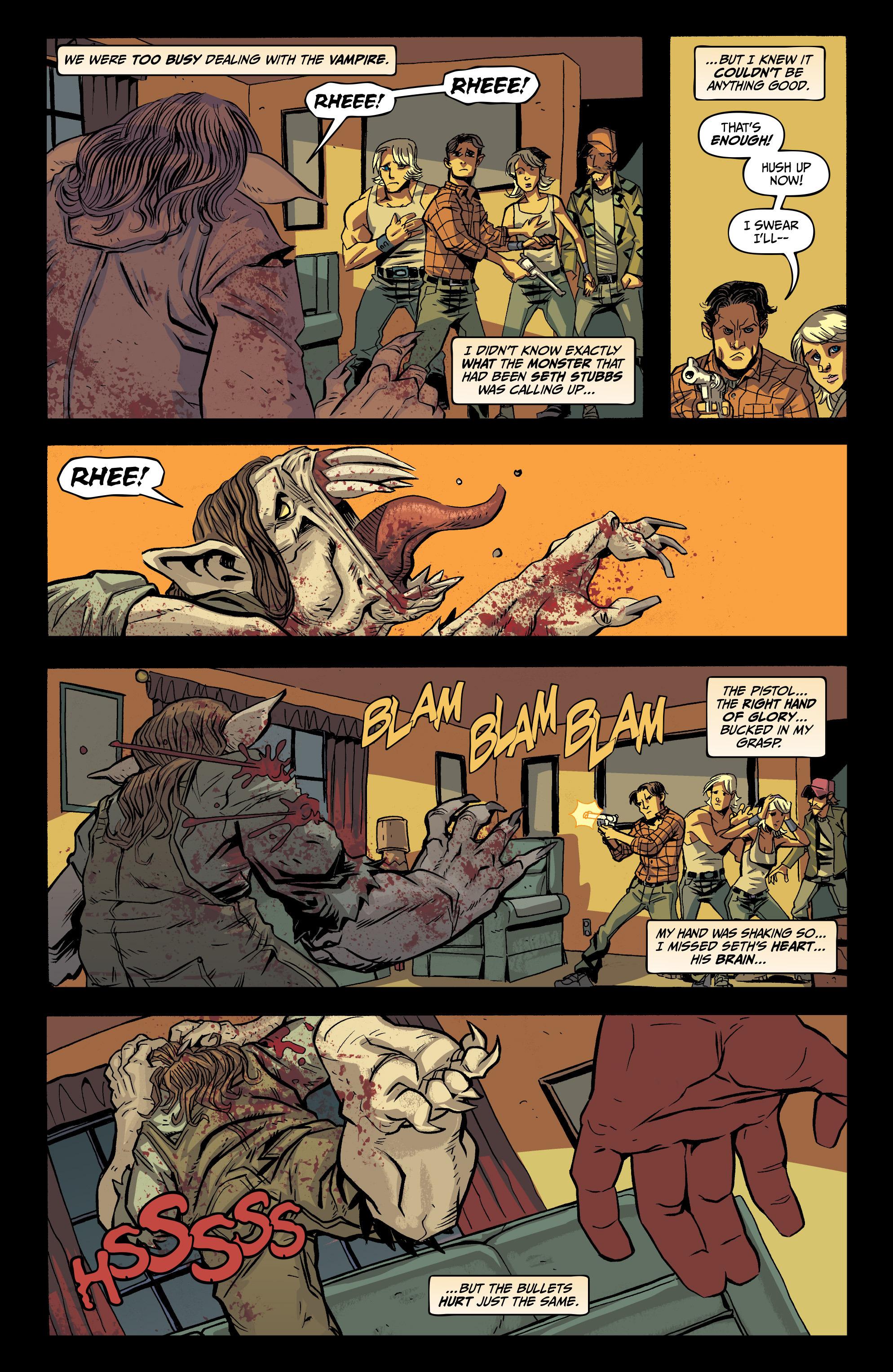 For them that likes it Spider Creek is the place to live. Yes siree bob, why the catfish plain jump out of the creek into your net, the folks are so polite they wave at you in the street, and hey, them Whatleys may have the sign of the hex upon them but they’s only really concerned the with the Stubbses. Even strangers is welcome when they fill out their jeans like that purty Sue who’s down home in the Ozarks to study them spiders.

Cullen Bunn’s script follows the horror movie template to the letter. He gathers a bunch of largely sympathetic characters in a confined location and then sets the monsters loose. It’s 30 Days of Night in a small town, the problem, as always, being how to stop unstoppable supernatural forces. There’s absolutely no originality about Bunn’s plot, and he telegraphs what’s going to happen, confident we’re nodding knowingly along with him, rather than groaning at the predictability of it all.

Drew Moss has previous for illustrating this compulsive horror brew of backwoods folks and the uncanny with The Colonized, and he’s great at evoking a down home atmosphere with convincing countryside, ordinary folks wearing clothes that move with them and he draws great shacks. This is all in a very attractive loose style. Oh, and you think you’ve seen vampires before? You’ve not seen the Moss version, which is a terrifying country redesign.

The only place where Bunn diverges from foreknowledge is the ending, which does surprise, but the remainder is high-tootin’ horror fun, not meant for a moment to be taken seriously. The prefect reading for a stormy night when the tree branches are scratching at the window.