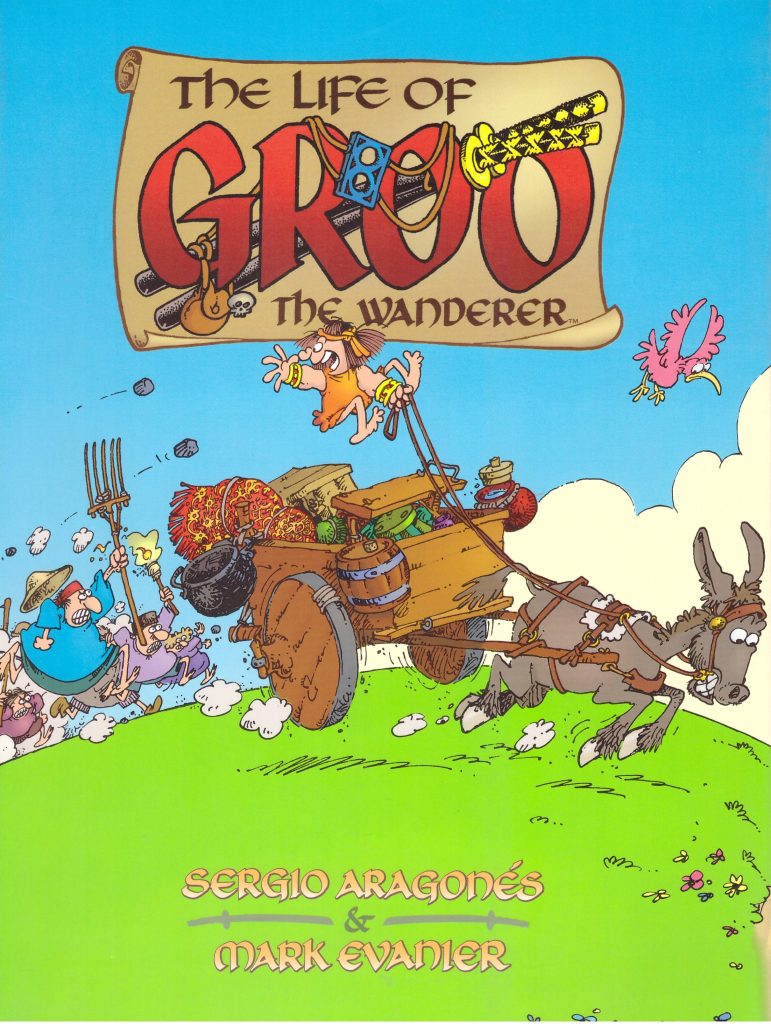 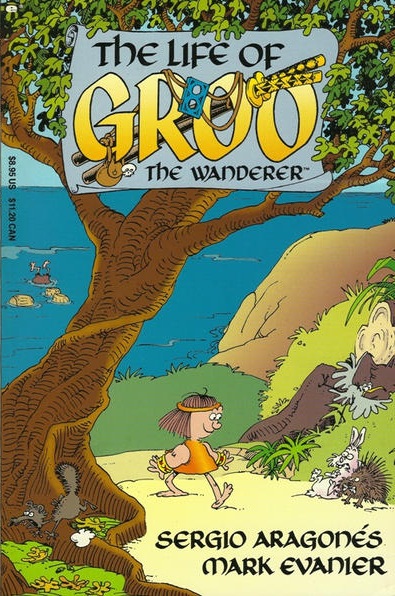 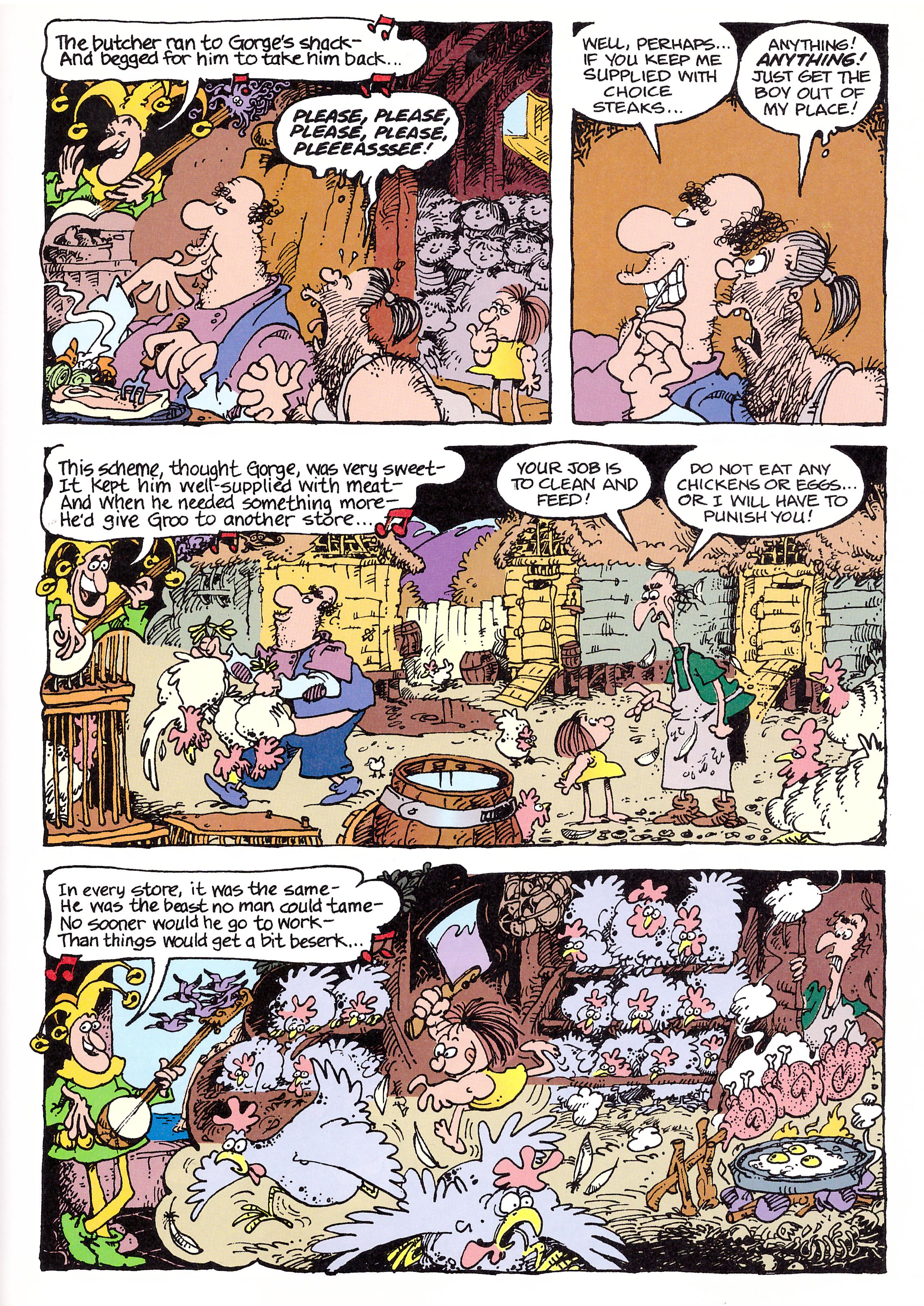 This album sized companion volume to The Death of Groo is a more successful project all round. While Sergio Aragonés and Mark Evanier had given us snippets of Groo’s past in the regular Groo series (some in The Groo Nursery), his full heritage and ancestry is revealed for the first time here, along with a clever explanation of why Groo’s the way he is. It starts in the days before he was born and a land under the yoke of mind-reading wizard Battu, works through his early years, and concludes in Groo’s present day. It’s a clever piece that manages to slot in several of the people who’ll later know Groo very well, and establishes Groo as a terror from his infancy.

Of all the adjectives it might be assumed could never be applied to Groo, ‘cute’ probably ranks second on the list, just below ‘smart’, yet the way Aragonés draws the tiny Groo he’s definitely cute, although the assorted merchants he ruins wouldn’t see it that way. While Aragonés doesn’t use the oversized format to expand his art in any way, this is the usual great cartooning, and Tom Luth’s bright flat colouring is far more effective than the different style applied to The Death of Groo.

It’s a delight to see Groo’s parents, both deliberately ordinary, and we see Grooella before her hair turned, more resembling her mother. Beyond that Aragonés and Evanier’s path is largely set for them. They just have to have the younger Groo causing the mayhem he always does, and the montage pages showing this are hilarious. Battu’s inevitable downfall is set up well, and to complete a satisfying story we also learn why Groo wanders.

A very limited hardcover printing combines this with The Death of Groo, and there is an Epic Comics edition from 1993, but very hard to come by.