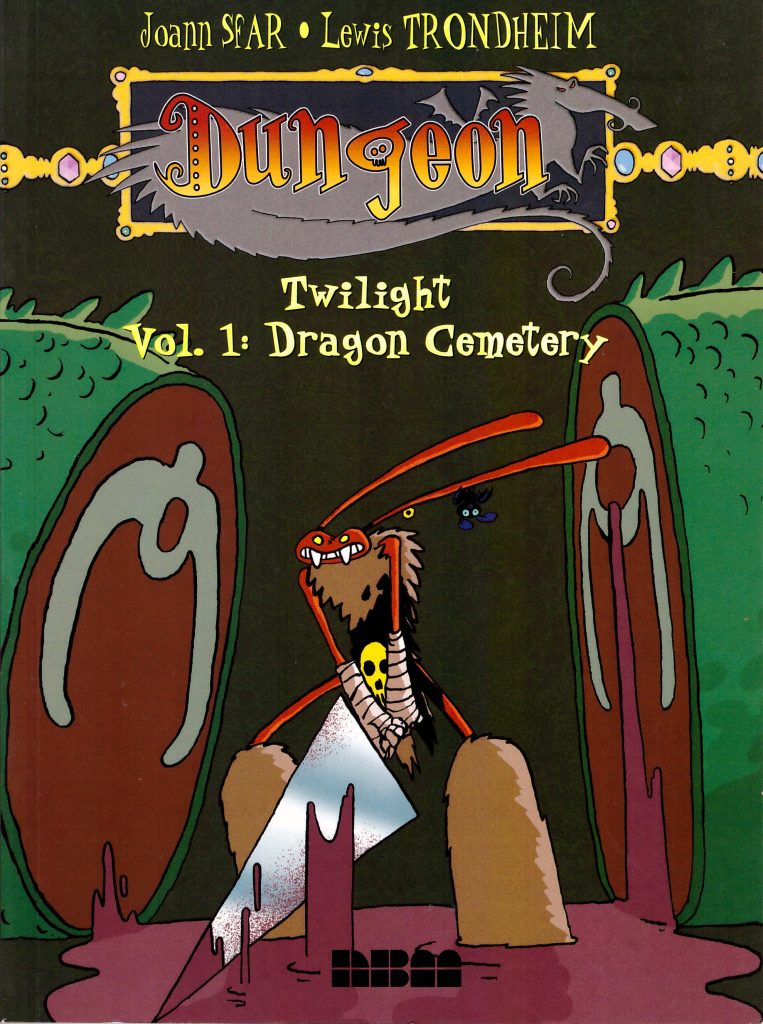 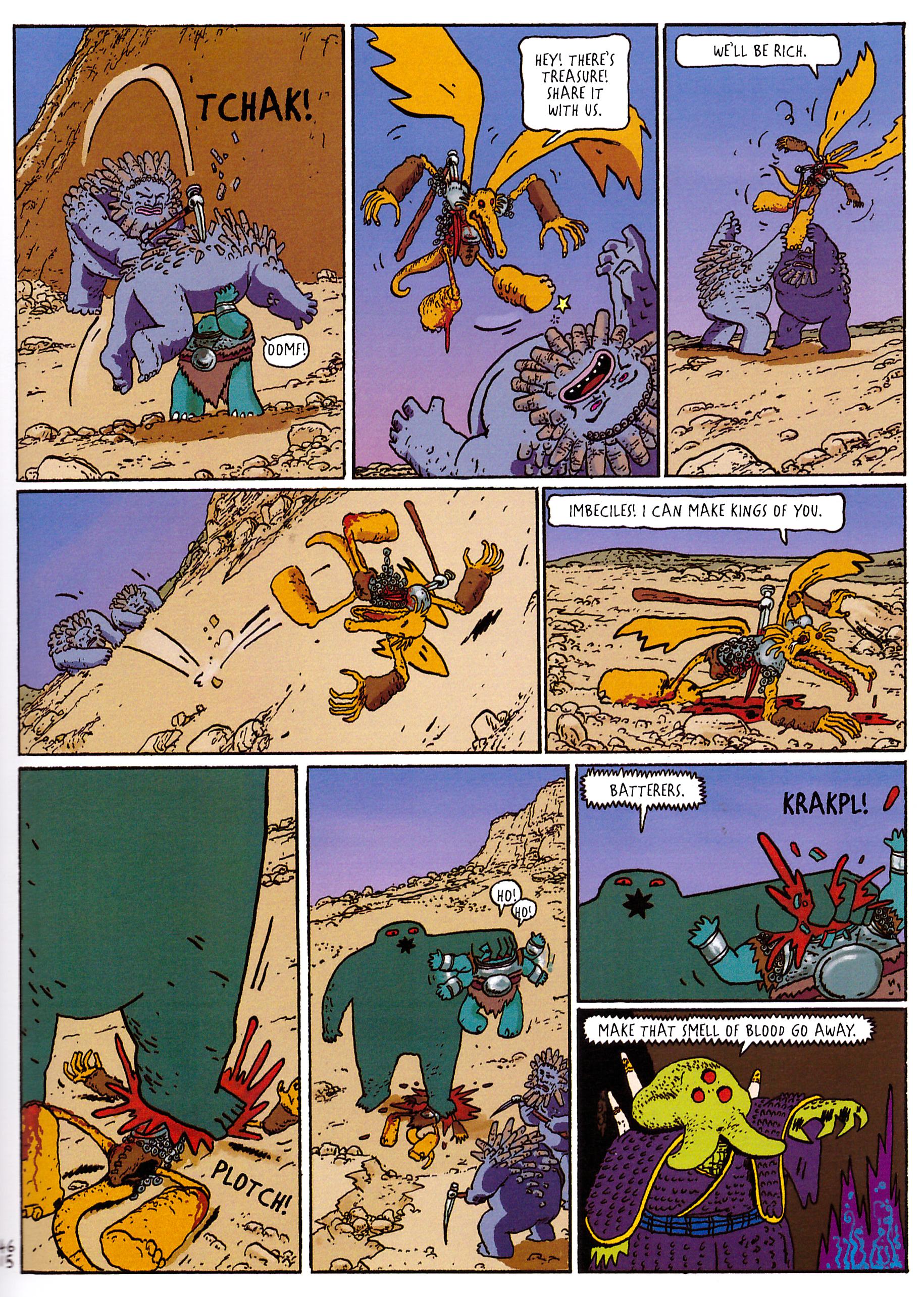 Created by Joann Sfar and Lewis Trondheim, the Dungeon is a castle with vast subterranean depths housing all kinds of monsters, treasures and magical artefacts. Sfar and Trondheim were so enthused about their creation and its potential that they rapidly spun off several other series from it. Dungeon Zenith introduced the concept, with the Dungeon at its peak, but by the Twilight years circumstances have deteriorated.

At first there may be some disappointment for those who’ve become used to Herbert and Marvin from the Zenith series, but the creators rapidly suck you into caring for their new characters, and as Dungeon is fantasy anyway, the setting is pretty much the same. And, hang on, we open with an old, blind dragon known as the Dust King who has a very similar physique and appearance to Marvin other than grey skin. If that’s not puzzling enough, he soon runs into Marvin, but this Marvin is an unusually courageous rabbit, as seen on the cover.

Dragon Cemetery translates the first two French books in the Zenith series, and much is familiar, but after an undetermined number of years much has also changed. The Dungeon itself has little part to play in the opening story, but the Dust King’s not the only member of the cast resembling known faces. It’s far from absent, but there isn’t the quite same air of manic lunacy about Dragon Cemetery as can be found in the Zenith books. In fact it drops into melancholy at times. Stopping that mood completely taking the series over is Marvin (new version). He’s wonderfully designed by Sfar as stick thin with accessories larger than he is, and as an almost humourless warrior archetype only really happy when he’s skirting danger, and whose pratfalls provide the laughs. Some of these are so obvious (a ludicrous helmet late in the book), meaning part of the joke is the anticipation of something going wrong.

Dungeon is a series that thrives on alternate artistic approaches, but having designed the feature, Sfar’s detail packed cartooning is always welcome. There are some ludicrously grandiose locations that he brings to life, such as the armourer’s castle late in the book, and he’s extraordinarily creative when it comes to populating his panels with strange creatures. There’s not a human to be seen, but there are dozens of weird and wonderful beings, often just as background whimsy, so be sure to study the art for maximum effect.

Is Dragon Cemetery as funny as the Zenith books? It falls a little short, but they set an extraordinarily high quality threshold, and by any other standards this is hilarious. 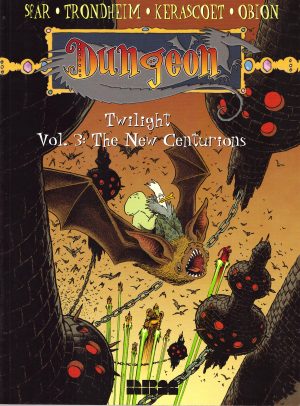 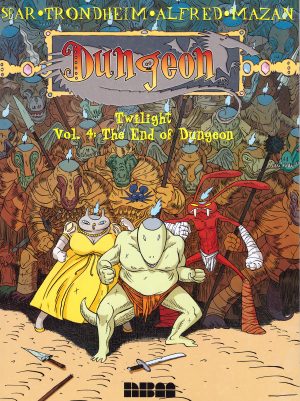