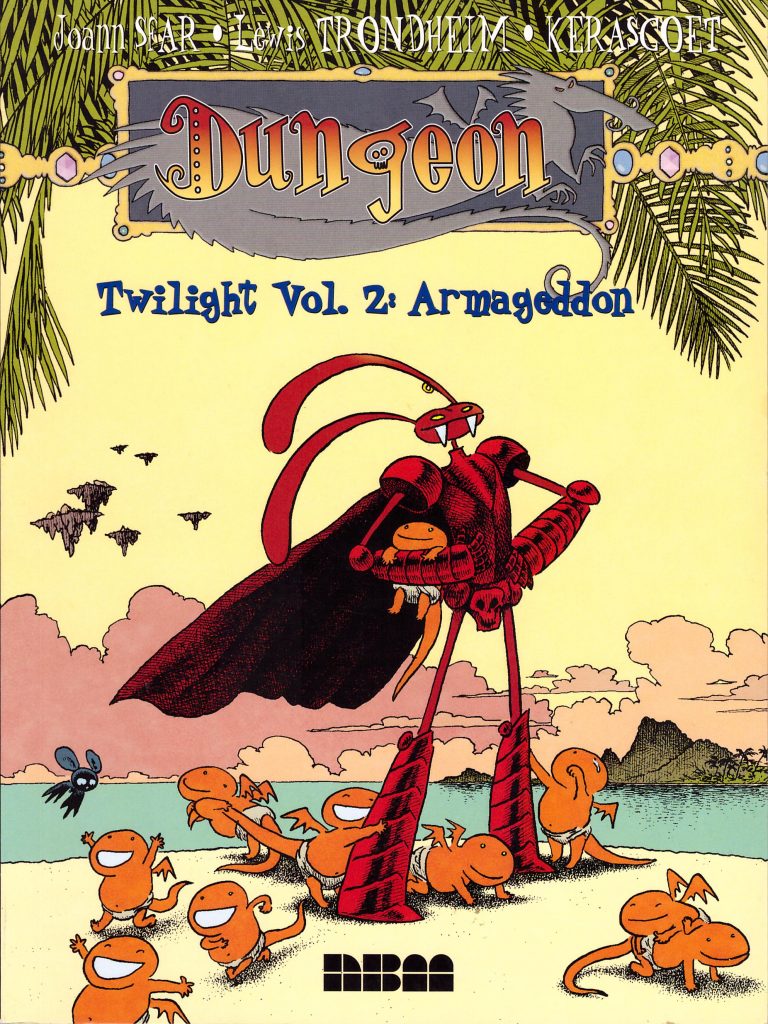 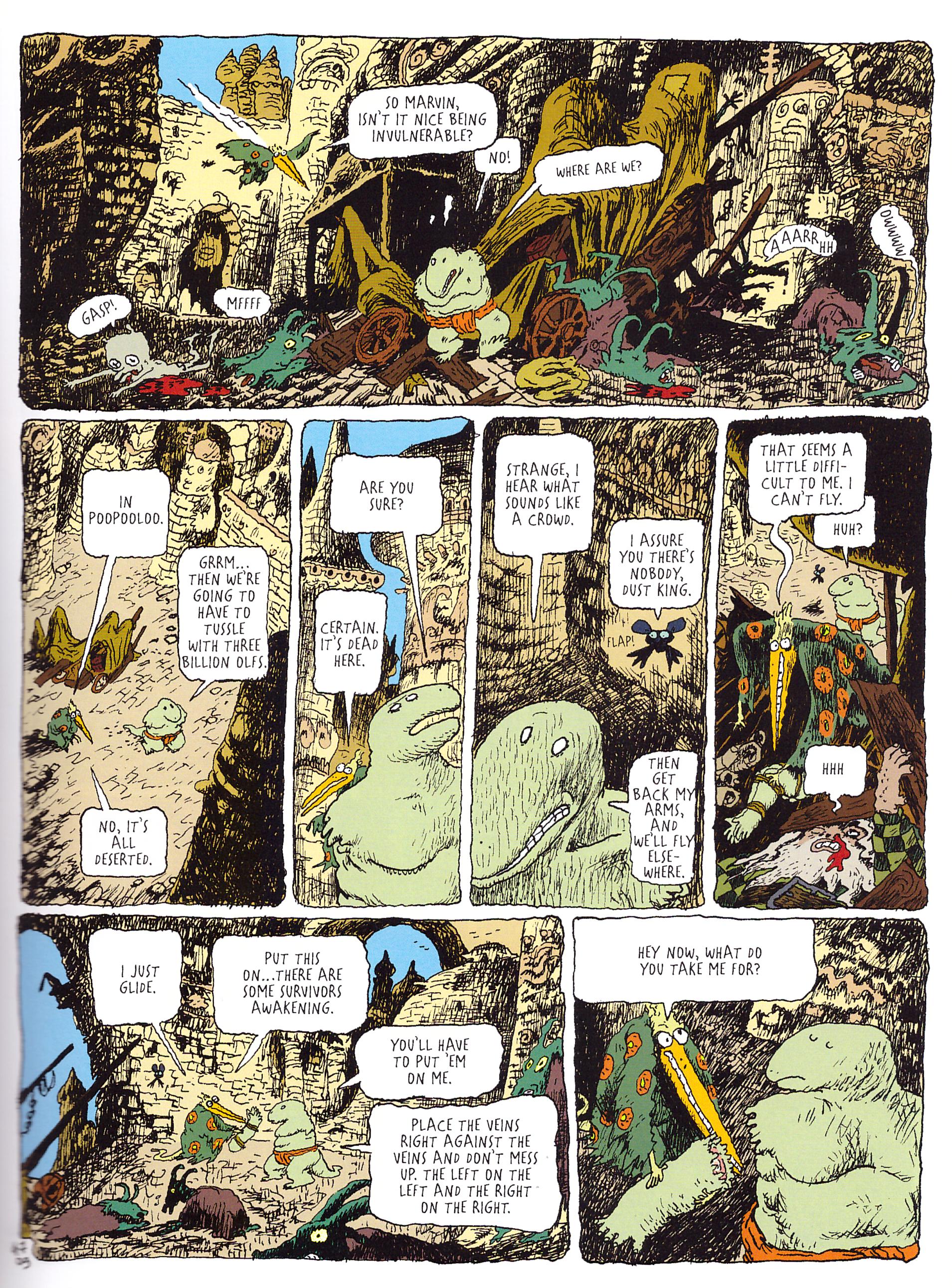 Dungeon is a sprawling fantasy comedy masterminded by Joann Sfar and Lewis Trodnheim that deals with a castle rumoured to have fabulous wealth, so encouraging adventurers to steal it. They inevitably die in the attempt, both adding their wealth to that of the Dungeon, and increasing its mystique and reputation. Several spin-offs resulted, and the Twilight books shoot a considerable time into the future. NBM reduce the pages to pocket format, but combine two original French albums for a bumper package.

Dragon Cemetery, among several surprises, looked back on characters we know from the Dungeon’s prime years and revealed that time hadn’t really been kind. Marvin the dragon is now a legendary sage known as the Dust King, while Herbert has been subsumed by the dark side. There’s also another Marvin, known as Marvin the Red, a highly skilled young warrior, although his part is minor in the opening story, with his headstrong and impulsive character out of place in what’s a dark and introspective tale. That makes it unusual for Dungeon, which in all periods is generally preposterous fantasy frolics, with joint plotters Joann Sfar and Lewis Trondheim bouncing off each other to create ever more ridiculous circumstances. The Kerascoët art team (Marie Pommepuy and Sébastian Cosset) keep the cast consistent, but contribute to the changed atmosphere with cartooning that doesn’t accentuate the ridiculous. Sfar and Trondheim include it, but sparingly, and it’s not until the halfway point when Marvin/Dust King is reunited with his arms that the humour again predominates, although they have a final tragedy to relate.

Marvin the Red returns for the second story, and his exuberance lifts the mood until we’re fully back in normal pandemonium. It opens with an example of how fantastically inventive the creators are. The cast exist in a world of 24 hour days, but without watches, so carry around a creature that sheds its skin on an hourly basis. It’s the sort of audacious throwaway idea Pierre Christin came up with for Valerian and Laureline. Time is important to the story, which involves making very precise jumps from one island floating in the sky to another. Along the way we meet Dust King Marvin’s son and grandchildren, and have a glimpse into his race’s society as he prepares for what he believes to be his dying days.

Whether or not it’s the case on the part of Sfar and Trondheim, the plot has the feeling of being conceived on the fly a few pages at a time, such is the way it remains fresh by changing emphasis so frequently. On this story Kerascoët design some great monsters, and add character to Marvin the Red’s philandering. There’s an unusually sentimental ending as well.

The first story may be a little more dour than expected, but it has it’s moments, and it is by top creators, and the second is the joy we want. Volume 3 is The New Centurions.