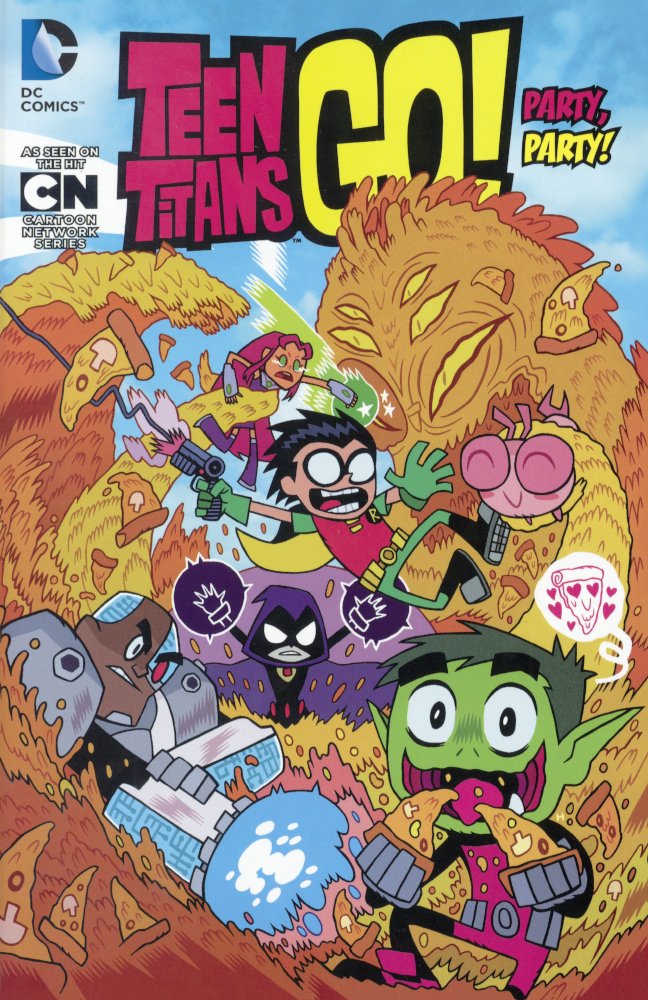 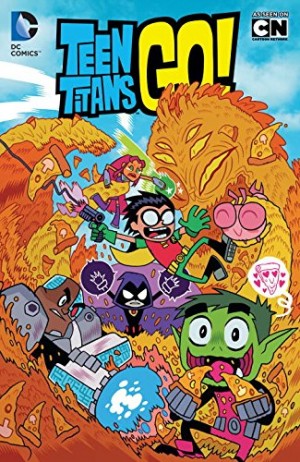 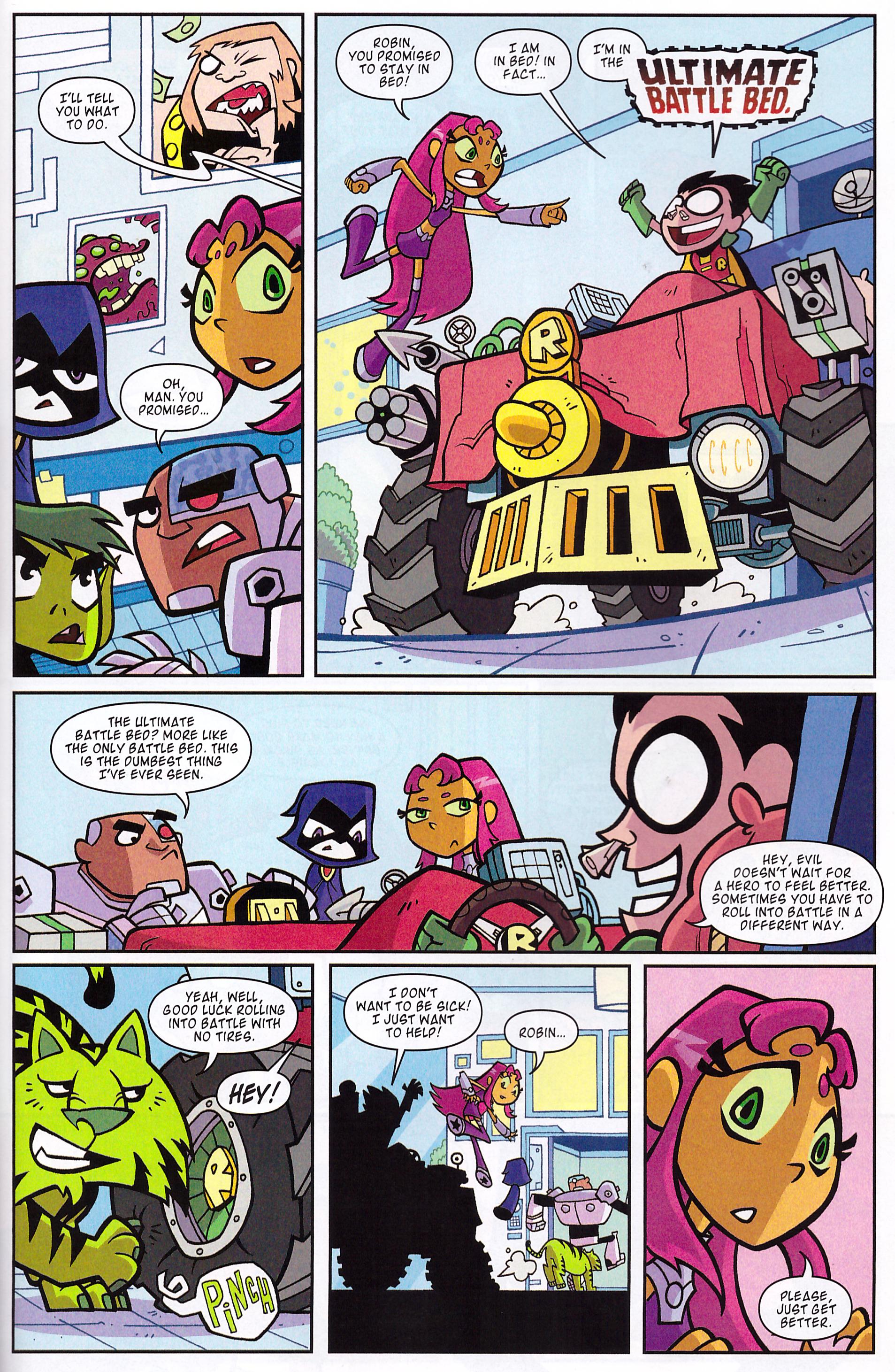 At its heart Teen Titans Go! is the 21st century revision of the kid gang comics first introduced in the 1950s. Current standards demand girls are now allowed, while humour is the be all and end all.

As anyone whose seen the madcap antics of these Teen Titans on Cartoon Network is aware, they bear little resemblance to their early 1980s counterparts and inspiration. Yes, they have the visual appearance, powers and connections of those characters, but any other similarities have been discarded as the cast are reduced to simply defined characteristics. Robin is dedicated and diligent, Starfire open and naive, Raven glum and slightly scary, and Beast Boy and Cyborg the classic mischievous buddy act. It’s a pulsating and adaptable mix.

The primary writer is Sholly Fisch, who produces six of the dozen stories. At his best it’s off the wall, out of the box, wild entertainment, and his worst is an idle extended chase sequence featuring analogues for computer games. The better work outweighs the lesser strips, and captures the essence of the cartoon show. These kids are cool and fun, and your own will want to hang out with them. Fisch’s best material begins with Beast Boy and Cyborg making prank calls, and escalates from there to a planetary threat. This, though, is all at a sub-PG level. The Titans live in a world where they hang out with their supposed enemies, and nothing is too threatening, although Merrill Hagan comes up with a good use for Captain Cold in a fun tale in which Robin catches cold.

The most frequently seen artist is Jorge Corona, a great cartoonist who provides a frenetic intensity, a slightly wilder, motion oriented style than the other contributors. He’s got a fantastic design for Raven’s father, which transforms the giant and fearsome ruler of hell into something almost cuddly and marketable. Corona, though, does slip in some strange visual anomalies. The prank calls are made on landlines, and do kids today have any awareness of Space Invaders? The other strips by Ben Bates, Lea Hernandez and one by Chris Gugliotti all capture the spirit of Teen Titans Go! animation.

Amy Wolfram and Ricardo Sanchez also contribute scripts, and Wolfram’s better at working in the jokes. She’s also good at focussing on the female members of the team, not always given the strongest roles in Fisch’s stories, although that’s a minor complaint.

The appeal will be mainly to kids who arrive here after watching the show, but Party, Party stands up alone without the show as reference. Next is Welcome to the Pizza Dome.