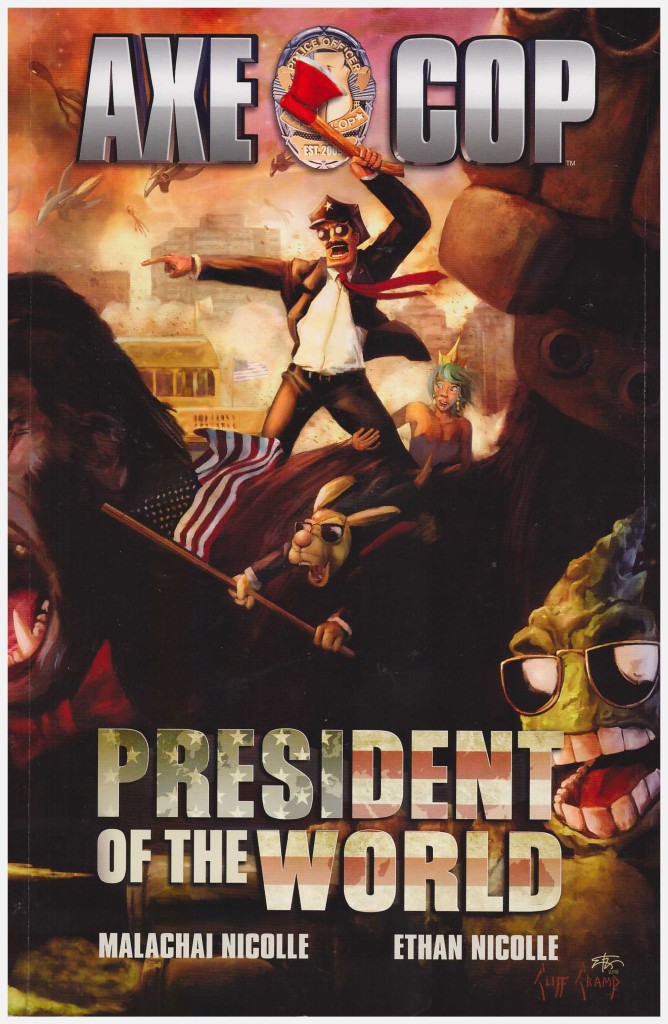 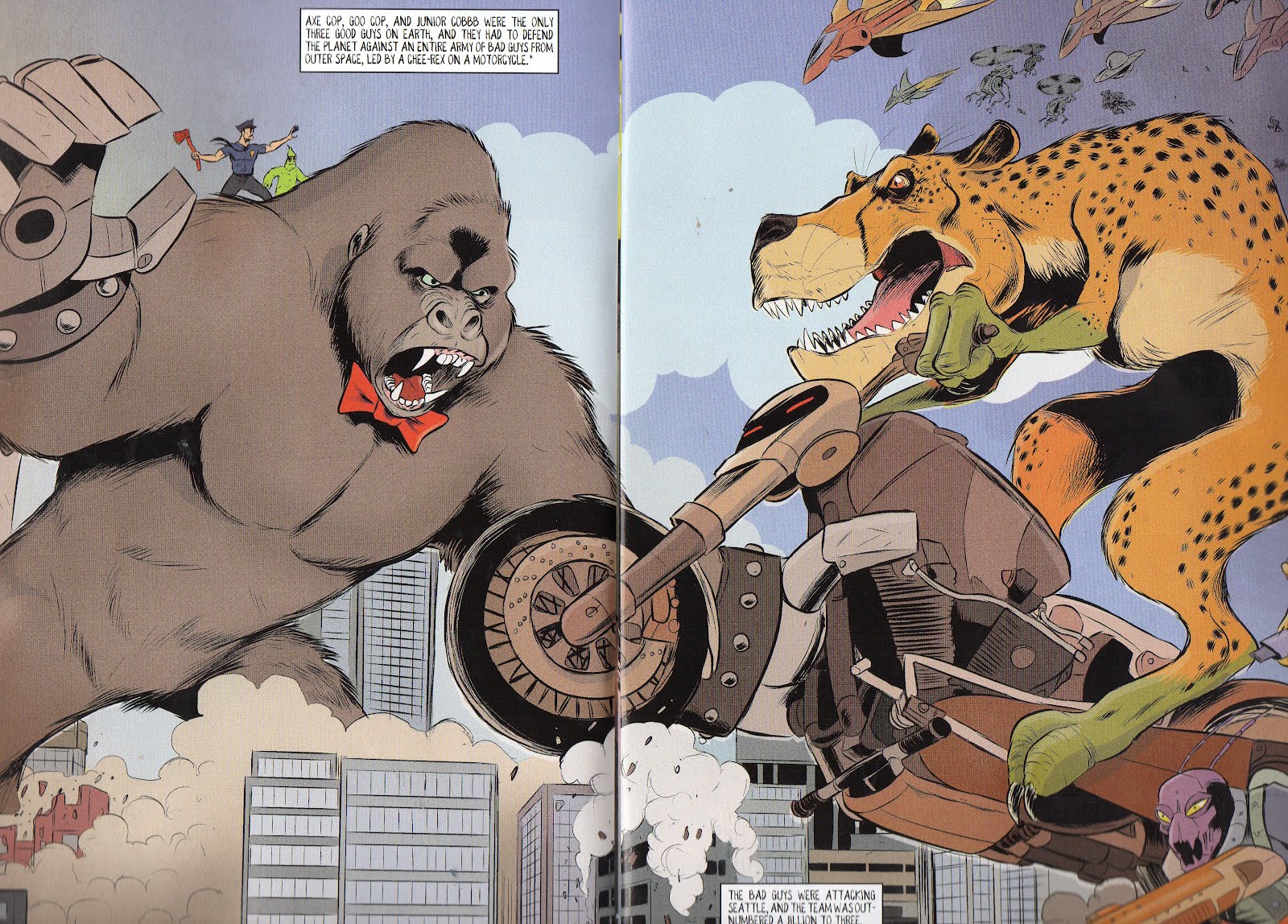 The complete and utter barking looniness of Axe Cop continues with President of the World. As before, the plot is the work of Malachai Nicolle, then aged eight, as interpreted by his brother Ethan Nicolle, then 32. It follows the format of volume two’s Bad Guy Earth, being a three chapter epic, originally issued as a miniseries.

It begins in appropriately surreal fashion with Axe Cop awakening after yet another nightmare about a talking gorilla. He has a sumptuous bedroom with several wall-mounted axes within easy reach following a quick leap from the bed. You just know he conceals another under the pillow.

As with Bad Guy Earth, this is an incredibly dense read. Malachai’s mind throws out so many ideas unfettered by concepts of narrative logic that they pile on top of each other. To him it’s just a matter of moving on, but these are ideas worth giving some consideration. Every time a point is reached where it seems logic might prevail, Malachai delivers something that may make perfect sense to him, but which throws the reader for a loop. Why has Goo-Cop got thirteen sons named Bob? Why is that tentacled alien living in Seattle’s Space Needle? Why do another set of aliens need a trampoline? That last question is actually answered, but that’s not par for the course, and it’s best to go with the flow.

Elsewhere Malachai just throws out one fantastic character after another. There’s a giant gorilla with robotic gun fists (named Junior Cobbb, incidentally) able to shoot aeroplanes from its tail. The Water Queen is one of the few girls Axe Cop doesn’t consider dumb, and there’s a golden moustache fitted with a camera and robot legs. They’re all needed as God has promised Axe Cop a million years of peace, after which the bad guys will attack Earth, and attack Earth they do.

Making enough sense of the madness to be able to draw it is possibly a task only a blood relative would be up to, and Ethan manages to bring into being every zany creation Malachai comes up with. Except one. The final chapter opens with the creation of Everyman, a man whose DNA has been reconfigured to incorporate samples of every creature known to man. Even Ethan’s rather stumped when Everyman changes into Everything. Still, he gives it brave try.

You’ll gasp in horror as Axe Cop is decapitated, then sigh with relief as it’s revealed he has a robotic spider in his neck that can heal damage. Hundreds of other offbeat thrills along those lines await, along with a spectacular finale so far into left field it almost circles the globe.

It might only be three issues of standard comics combined, but President of the World packs more ideas into those pages than any thirty standard comics. Those interested in the background are granted a glimpse into the world of this creative mastermind, including the genesis of Junior Cobbb, in the pages at the back.