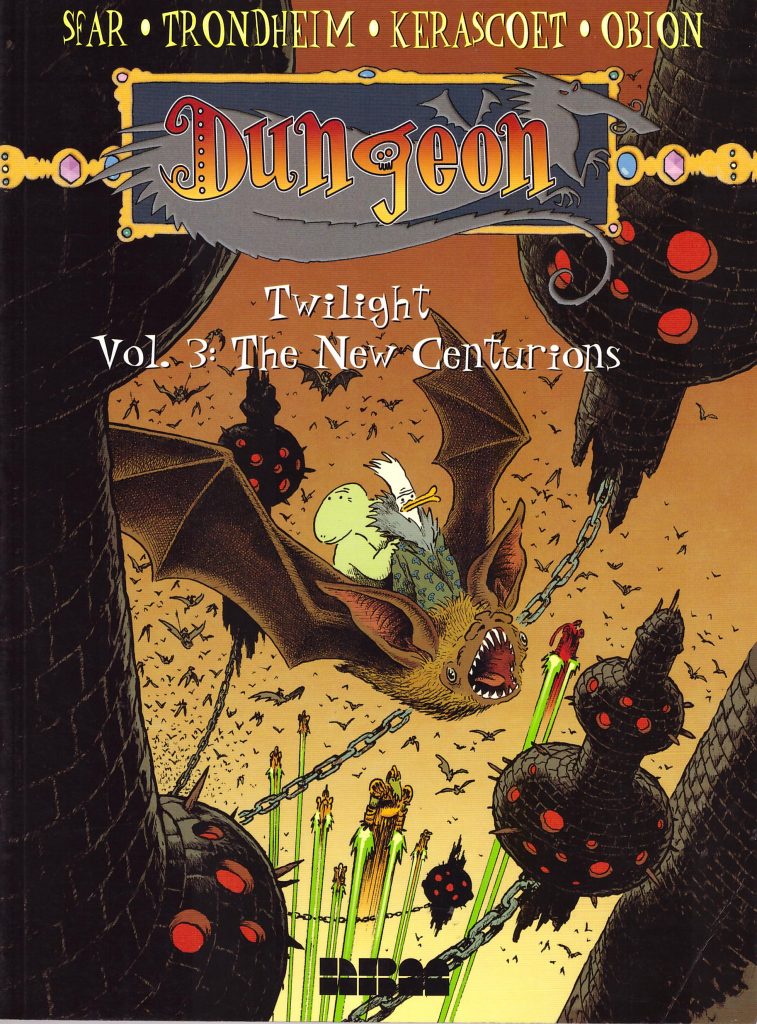 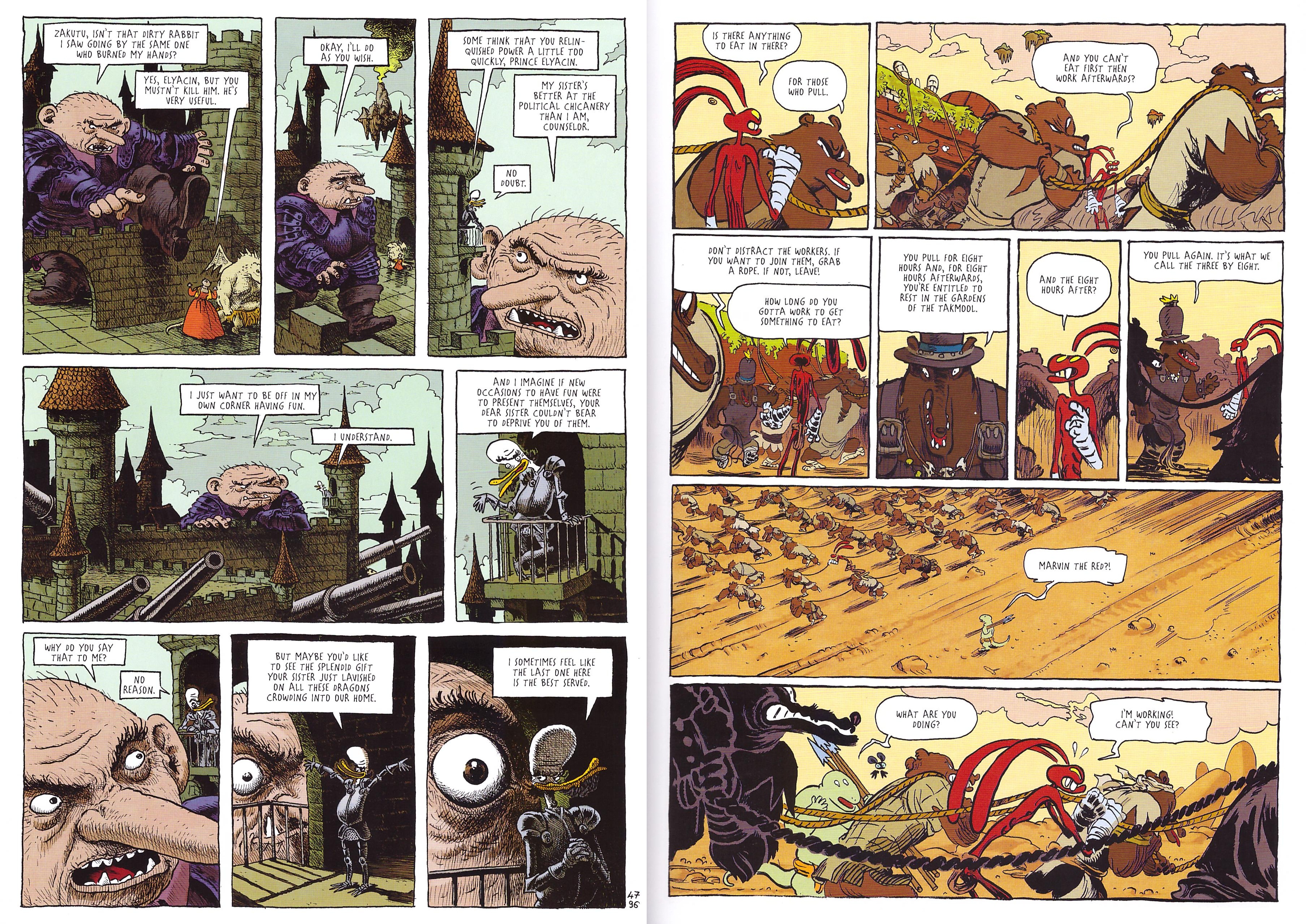 What was once the fearful Dungeon is now the feared Black Fortress, part of a literally fractured world where fragments of floating island civilisations still operate about a gravitational core. Two characters from the Dungeon Zenith period survive. Grand Khan Herbert is the puppet ruler of the Black Fortress, held in place by the manipulative Fayez, and although he’s regained his sight, Marvin has only recently moved back into the centre of things.

That’s in the Duchy of Craftiwich, now ruled by Herbert’s nymphomaniac daughter Zakutu, and the prospective starting point for a revolution. Until this point only Marvin the Red (no relation to the other Marvin), has been able to control the flight aspects of the great armour, but what if he could teach others?

As is frequently the Franco-Belgian way, the artists all use pseudonyms. Marie Pommepuy and Sébastian Cosset combine as Kerascoët, while Erwin Lucas calls himself Obion. He has a less defined way of cartooning, and it’s sometimes difficult to make out what his elasticated figures are doing as he contorts them into odd shapes, not helped when they’re placed against some abstracted backgrounds. He’s another workhorse, fitting into the pattern of using multiple, packed small panels, but if a choice has to be made, then Kerascoët’s work has a greater elegance and complexity.

In the previous Armageddon there was the thought that Sfar and Trondheim were winging the plot as way of keeping things fresh. It’s certainly viable given their astonishing creativity and the constant swerves. What’s now clear is an over-arching structure, but without a need to reach the finale while a few more adventures can be told, although that finale arrives in The End of the Dungeon. That astonishing creativity is again displayed in the second of the two translated books, concentrating on Marvin and Marvin. Each new floating island introduced is more fantastic than the last, and the pair end up on one with carnivorous grass and a palace pulled by thousands of bears that must constantly stay ahead of the island turning. Our heroes, however, have a talent for landing on their feet, and the ending is a funny comment on humanity.

The New Centurions is two further highly entertaining chapters of a highly creative and often hilarious series. The protagonists aren’t exactly heroic, but likeable enough, and ultimately humane enough to induce sympathy, and Sfar and Trondheim’s imagination is peerless.