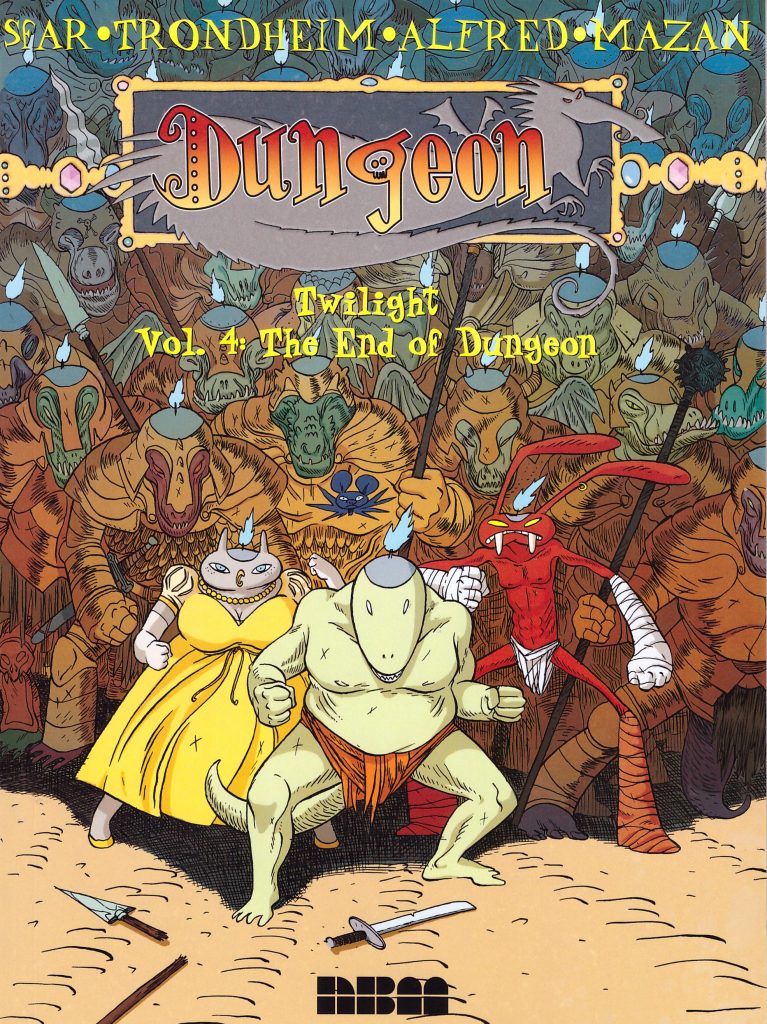 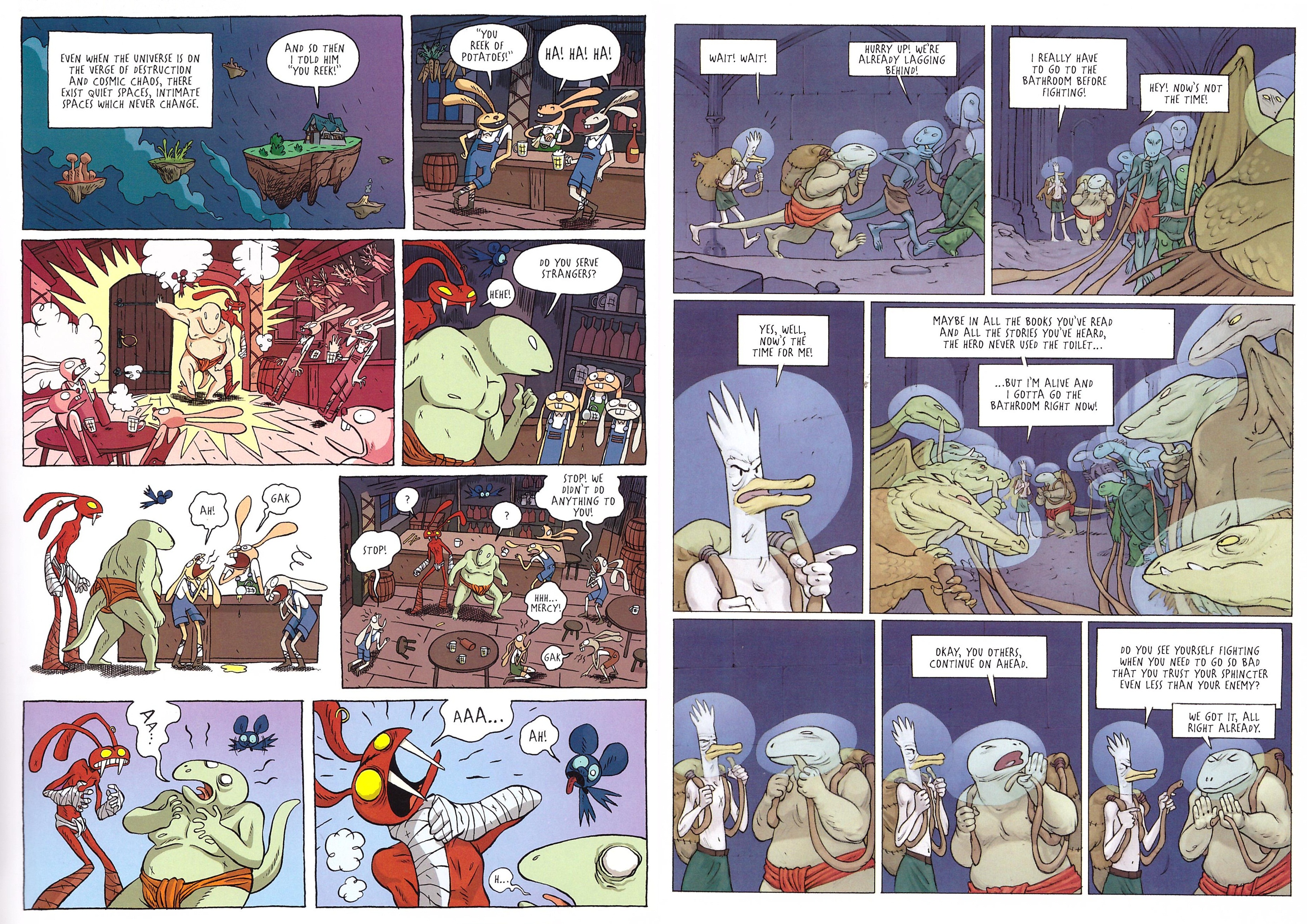 It might not have seemed like it at times over the previous three books (or six if you read them in French), but there is a purpose to this Twilight series, and as the title tells us, it’s the end of the Dungeon. However, never ones to be conventional, Joann Sfar and Lewis Trondheim close the series via some strange storytelling. As has been the case for all Dungeon books in English, NBM combine two French volumes, which has always been nice, but this time it’s essential to present the entire story.

In the first Sfar and Trondheim pretty well conclude everything. It’s tidy and it’s complete, and ties in nicely with the earliest Dungeon episodes of the Zenith period, neatly explaining how certain artefacts used throughout came to be in the past. By the end of that first album it seems everything has been resolved, but we’ve forgotten that Herbert had a mission, and the effects of that are shown in the second. For the first time in the entire Dungeon series, it’s awkward and untidy. It’s far from unknown for French series to continue over two albums, and telling the story in a more linear manner would have been tidier and switching between narratives would have been preferable, as the tension is slightly diminished for the second story by knowing the outcome. The first story concentrates on Marvin the Red and Zakutu, while the second features Herbert and the original Marvin.

Circumstances are rapidly escalated from The New Centurions, with the fragmented floating islands drifting ever higher with the consequent loss of oxygen. A being known as the Entity promises air bubbles for everyone who joins his forces, and the combined freedom fighters align against him once his true motives are disclosed. Ignore the unsatisfying storytelling methods, and these are once again two crazily inventive and hilarious tales putting the farce into fantasy. The way events in the two stories run parallel may not be ideal, but does allow for some clever moments when one informs the other, such as when Zakutu in the first story commands a ring to teleport her to where her father is. We discover where that leads in the second.

As has become customary as the various Dungeon series progressed, we again have new artists using pseudonyms. Alfred (Lionel Papagalli) and Mazan (Pierre Lavaud) are both fine cartoonists, with Alfred slightly more in tune with the look of the series to date, more prone to packing his panels with characters and incidental detail.

Anyone who’s read the Dungeon Zenith series will pick up some nice little touches as the writers tidy up, but they’re in passing, never moments that will exclude others. Like every other Dungeon book, you can read this, become absorbed and laugh along when knowing nothing at all about the series.