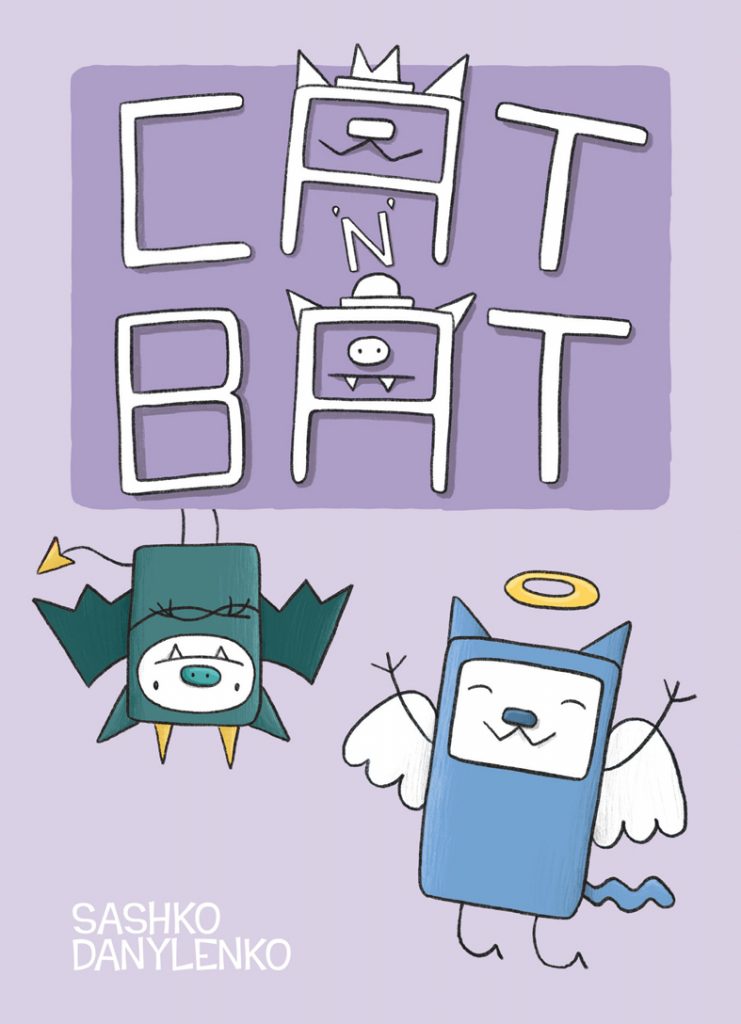 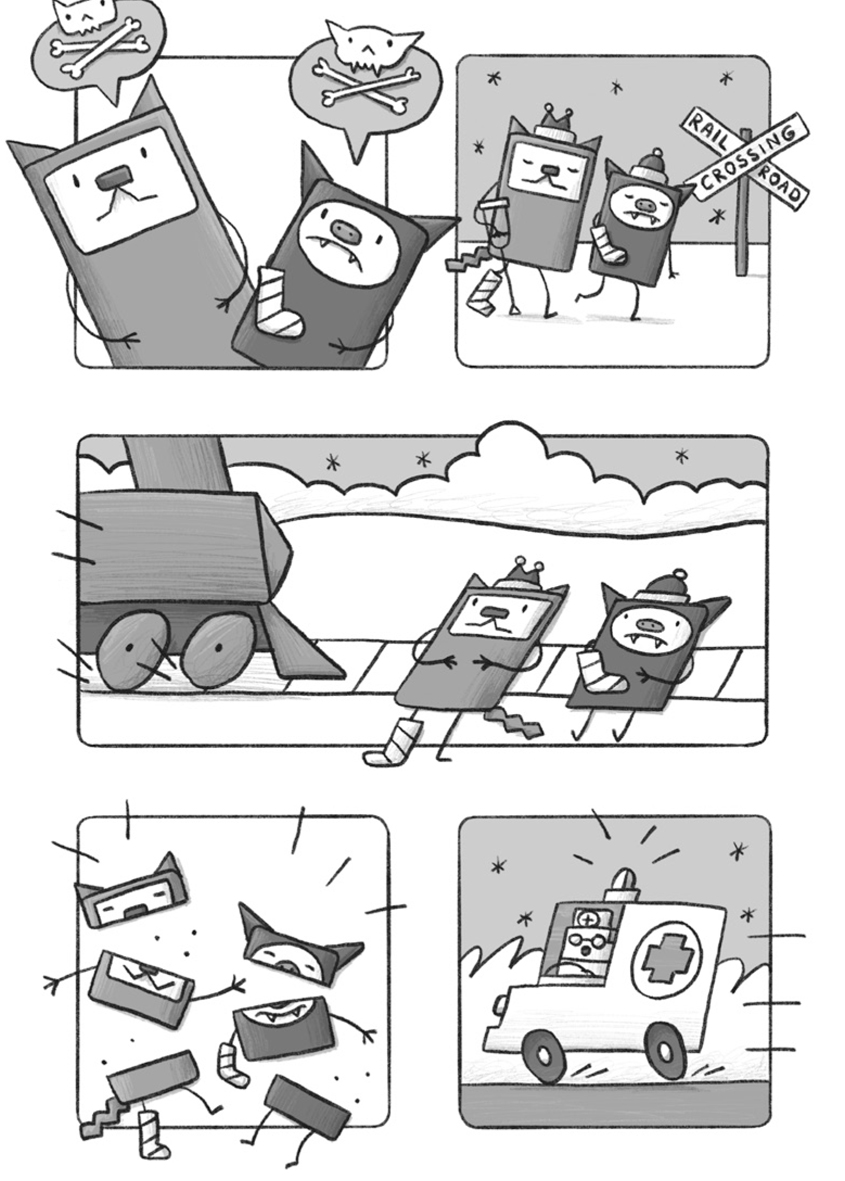 Sashko Danylenko is an award-winning Ukrainian animator and artist, and Cat ‘n’ Bat, his first book, contains short stories about the titular moronic heroes and their silent comedy-style shenanigans. The really simple drawing style strips everything down to just about the least amount of lines possible, and it’s all conveyed without text, apart from the odd sign. In spite of this, it’s not at all difficult to follow.

Chapter headings for each story follow the same layout, setting up our situation in a few panels. The first story sees Bat fly off with a camera to take lots of voyeuristic pictures of unwitting naked ladies. Cat develops the photos and they sell them for vast sums of money to an unscrupulous businessman before going off to enjoy a life of fast cars, speedboats, bling and debauchery. Eventually, their money runs out and they embark on the same scheme again, only to discover that they’ve been replaced by a technological innovation. So they take to a life of drink.

As that story shows, a lot can be squeezed into a small space, especially when everything is stripped back to basics and there’s no concern about characterisation, or indeed even logic. Is this story making a statement about technology replacing the need for human labour? Who knows? Most stories appear to be fairly nonsensical, if not downright bonkers, but Danylenko is clearly making a point, even if it’s only encouraging the reader to think about whether the subjects covered – racism, the monarchy, even Nazi concentration camps – are suitable topics for this kind of comical treatment. And it’s the subject matter, cartoony and silly though the execution of it is, that probably merits the book getting a mature/16+ rating.

If this is like anything in particular, it’s perhaps closest to the similarly speechless Itchy and Scratchy from The Simpsons. Like those characters, this comes across primarily as a bunch of very funny and stupid strips, with lots of cartoony violence. However, The Simpsons and many other cartoons for grown-ups (South Park, Family Guy, etc.) prove time and again that material that seems childish on the surface often has serious points to make, even if it’s only pointing out human foibles.