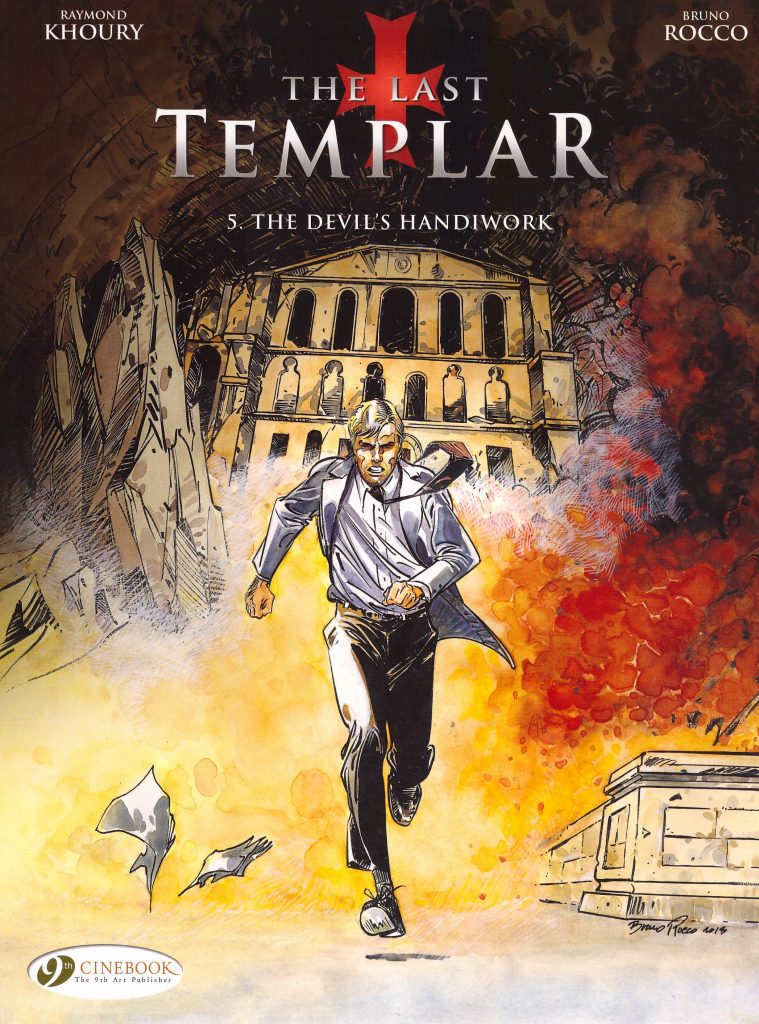 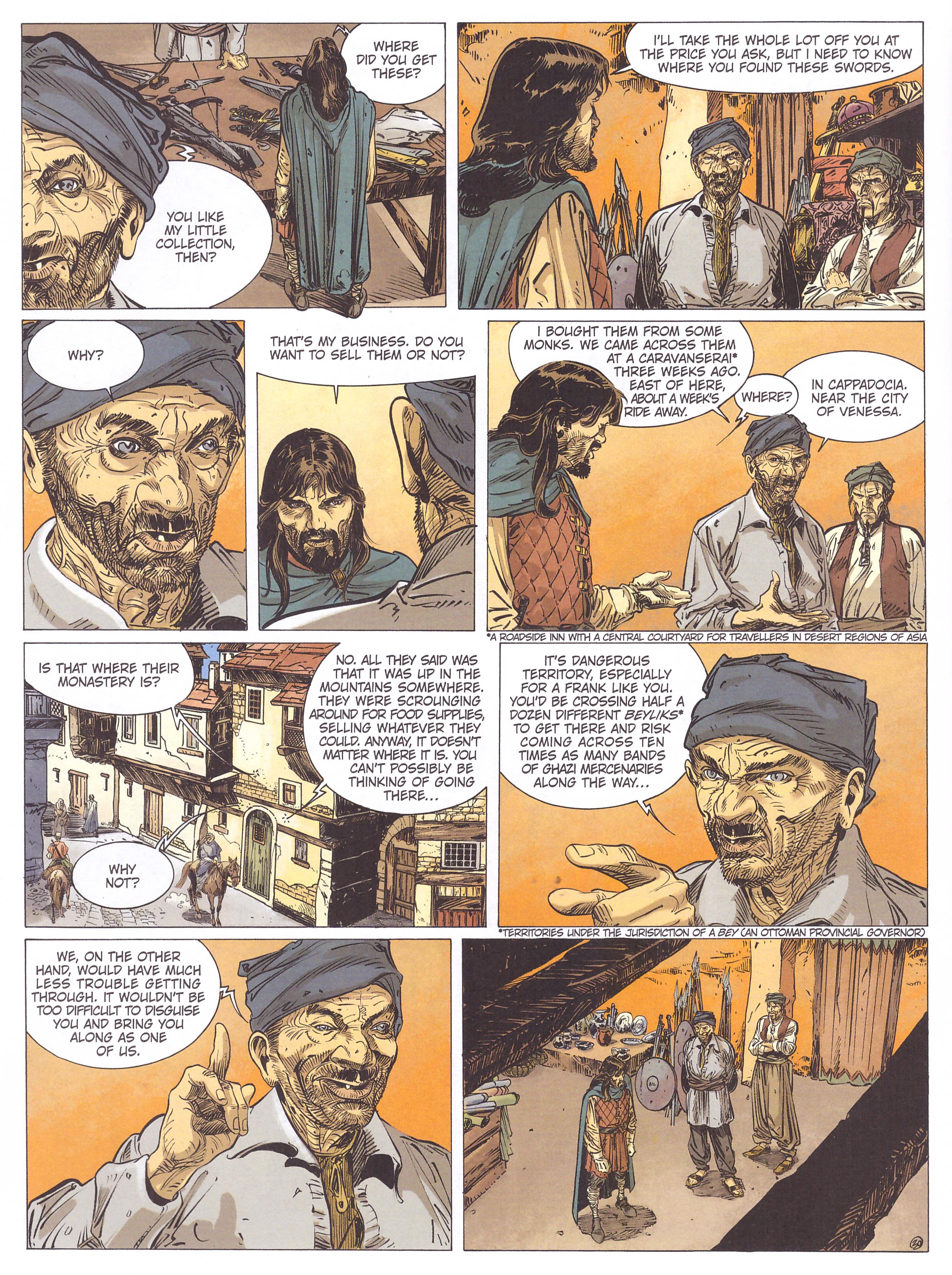 The four opening volumes of The Last Templar adapted Raymond Khoury’s novel of the same title, and formed a satisfyingly twisting action thriller. It delved into the fate of the 13th century Knights Templar, the very foundations of Christian religion, and the steps that might be taken by the Vatican and others to preserve the status quo. The Devil’s Handiwork is the first of two albums adapting Khoury’s sequel The Templar Salvation.

Khoury decided not to mess with success and this follows the same formula. He uses the same leading characters of archaeologist Tess Chaykin and FBI agent Sam Reilly, there’s the same mixture of events in the past running parallel to events in the present, and the same idea of possible documentation that may undermine the foundations of the Vatican. The difference for this adaptation is new artist Bruno Rocco. His style is far looser than that of Miguel Lalor on the previous books, yet equally detailed and character rich. There’s a slightly greater emphasis on the past, and Rocco’s characters are suitably grubby and untrustworthy, and their settings resonate. He’s good on action sequences, but weaker when it comes to staging the long explanation scenes.

Whereas the previous Last Templar books were more or less two chronological progressions, The Devil’s Handiwork throws us into the middle of the story, as Reilly calls in a past favour at the Vatican to view some documents in its vast secret library in the company of a new colleague. It doesn’t work as planned, and Khoury’s escape method is both audacious and hilarious. It’s also highly improbable, but we are in the world of the glamorous action thriller where the improbable becomes everyday. The thread dealing with the past once again concerns something the Templars consider a treasure beyond price, and once again we don’t immediately find out what it is.

Khoury’s plots are complex, requiring both plenty of speculation on the part of the lead characters, and plenty of explanation about what’s happened in the past. It’s not as if the previous books were short on such sequences, and because this time the novel is contracted to two albums, this results in a fair slog, slowing down the pace considerably. It might be seen as acceptable because it gives a largely clear run for the finale in The One-Armed Knight, but that’s only if you read them together. As things stand however, despite a callous villain, it’s difficult to become as engaged in what’s too similar to the previous story. 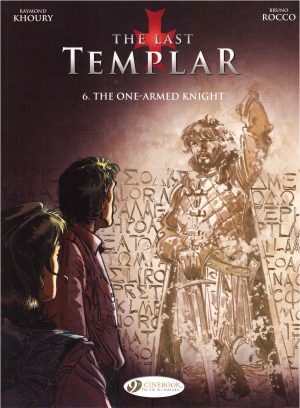