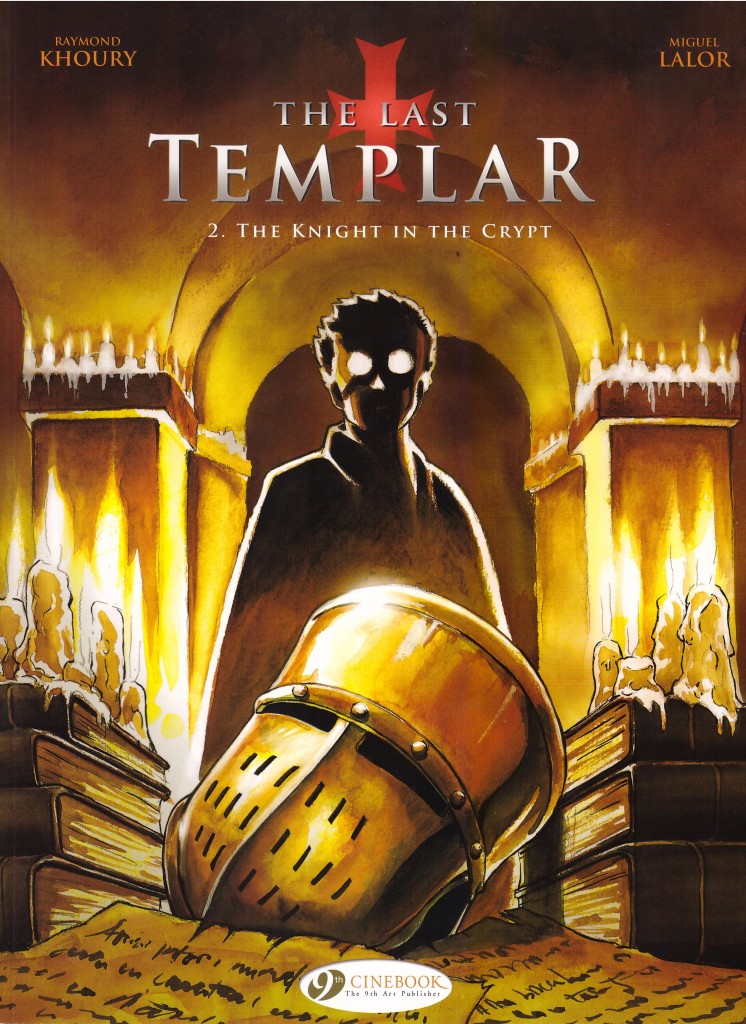 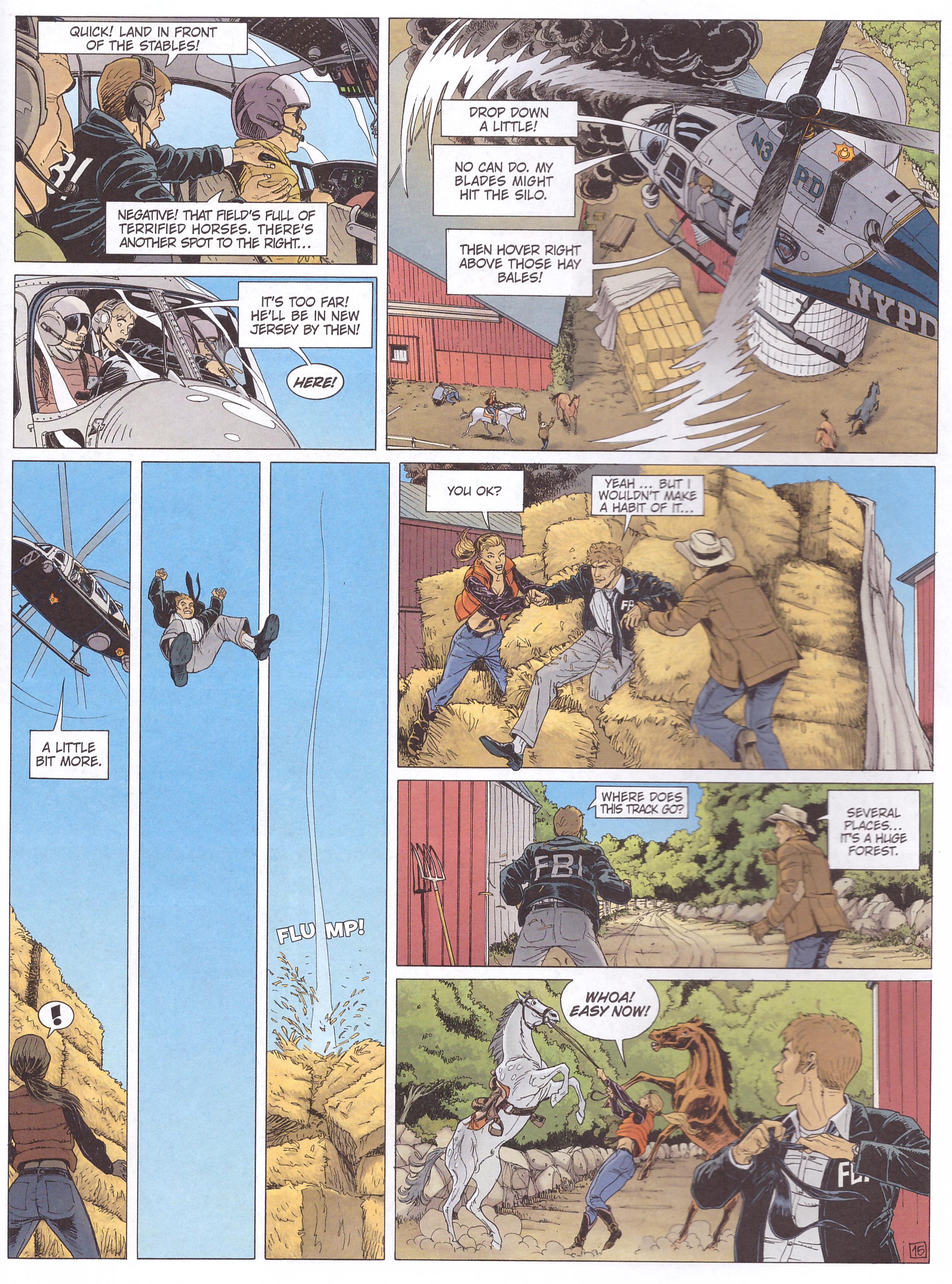 Blockbuster populist novels have very rarely been transferred to the graphic novel format, which, when one stops to consider it, is surprising. After all, a story with a proven track record of popularity already has a head start on much newly created product.

Whatever the reasons, the first segment of The Last Templar, The Encoder, was a stunning success, retaining the intrigue of the novel while adding a fantastic visual layer. The title of that first volume referred to a device in the possession of the Vatican stolen by four men in armour and helmets on horseback, all the more sinister for being a raid on a New York museum. In charge of investigating that robbery is FBI agent Sean Reilly, who’s already established a working relationship with antiquities expert Tess Chaykin, independently following her own leads.

As with The Encoder, adapter Miguel Lalor bookends his present day sequence with events from the past, beginning with the final stand of the Knights Templar in the early 14th century as a greedy Vatican covets their treasure. From there we follow Reilly’s investigation, at that point heading nowhere after the hospital death of the only captured thief. The readership, however, is a step ahead of Reilly and aware who was behind the robbery. This is a man exploiting his position and deceiving his employers.

Lalor’s continuation is every bit as good as the opening chapter. It’s well paced with well timed revelations and shocking events, while Lalor makes the most of the visual opportunities the plot gives him. His action sequences are exciting, and he puts a lot of thought into his presentation. Those populating the scenes in the past, for instance, would lack for dental care, and Lalor shows this along with convincing historical locations.

By the end of the episode the plot has moved forward and breakthrough appears at hand, in the present day at least, but at quite a cost. The next chapter, The Sunken Church is previewed in the rear of the book.