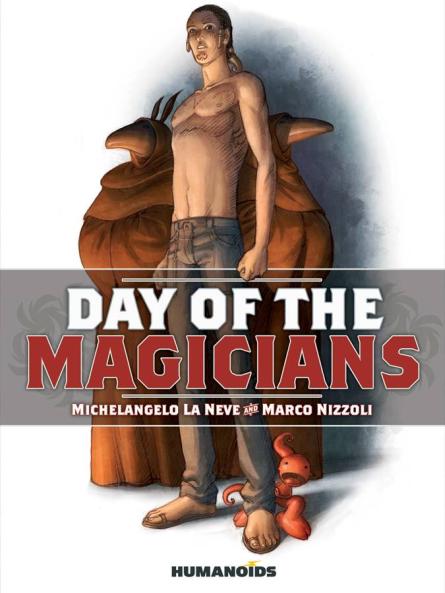 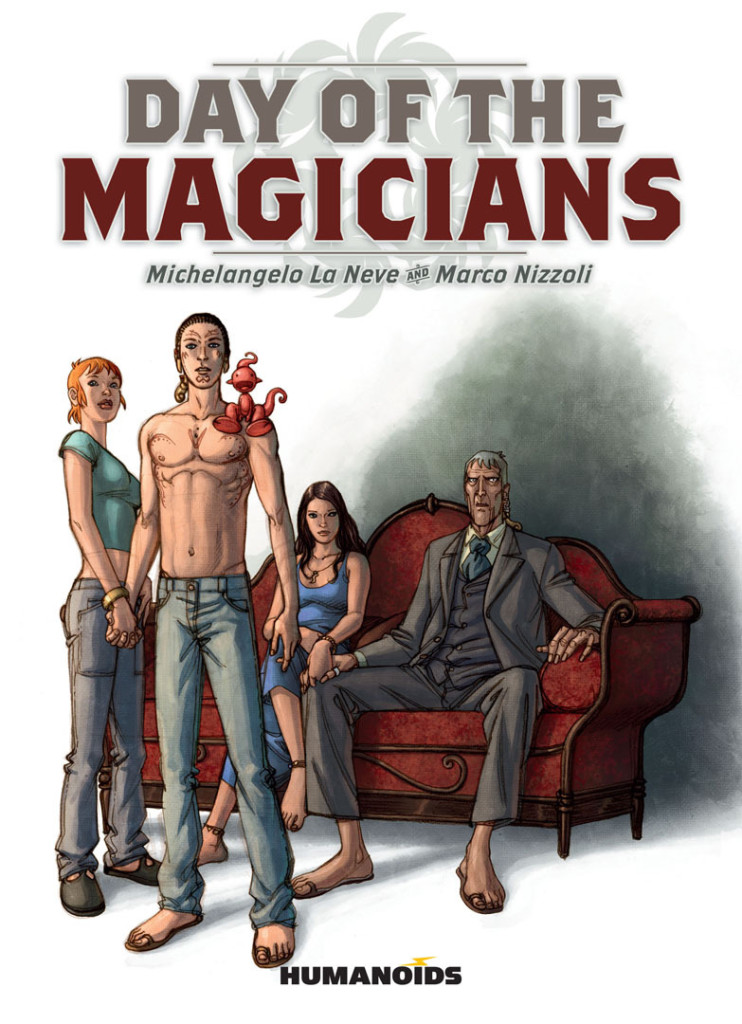 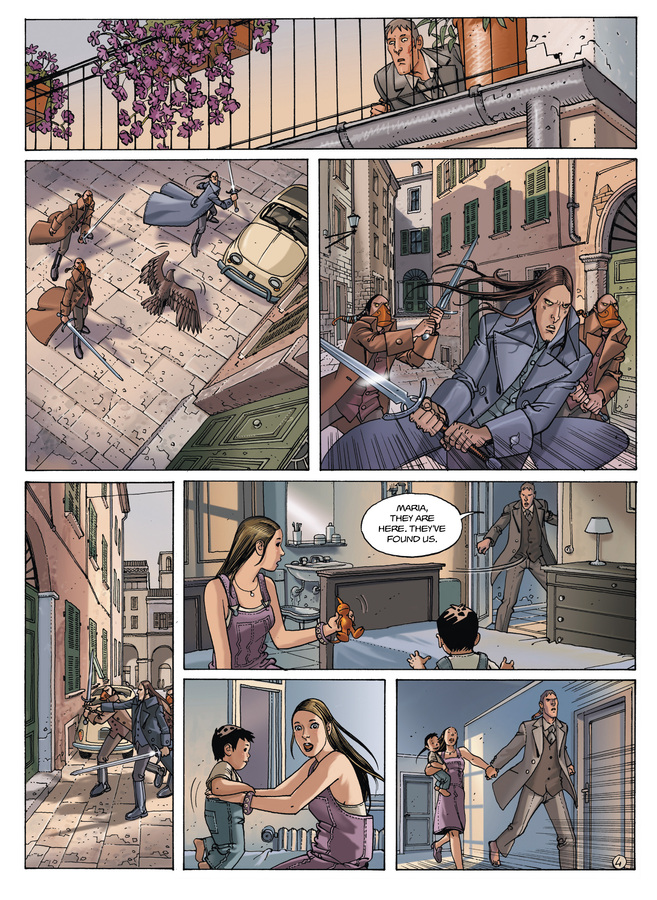 As a young boy in 1990 Drazen is abducted by a magician from a rooftop. He’s imprisoned in a cell carved out of a rock pillar extending a hundred feet in the air, into which he’s transported by hoist and basket, with no obvious means of escape. There he grows to manhood nurturing his family talent for magic in a trivial manner, animating planes he carves to provide companions. When he dreams, though, he recalls the young girl he used to play with, unaware that Anja shares his dreams.

What Drazen also doesn’t know is that his father Lancaster – he’s the sinister looking grey haired guy on the cover – has never stopped searching for him, and he has some bizarre methods and sorcerous entities at his beck and call. He’s single-minded, manipulative and unpleasant if that’s what’s required.

Magic intruding into the real world is a genre that’s exploded in the wake of Harry Potter, and this generous compilation of what was originally five European graphic novels is brought to life by artist Marco Nizzoli’s talent. The environment switches from everyday Berlin street scenes to horrific underground lairs of monsters, and Nizzoli depicts both convincingly. He’s from the European school of ligne claire art, but will occasionally delve into shadow, and his designs are excellent. The magical community is provided with an air of other worldliness simply by dressing them in brown monks’ robes and having them wear medieval plague masks. His harpies are terrifying creatures, swirling above head height constantly threatening. When required, though, such as a spiritual scene toward the end of the book, Nizzoli can pull back and equally convince with very basic trimmings.

While Michelangelo La Neve’s opening chapter is followed easily enough, the background to terrifying events remains concealed. They’re just presented and horrify, but once the scene is set, La Neve heads back to the late 1980s and begins filling in the gaps. It’s equally horrific. What remains uncertain is whether Lancaster, the magician, or his captor, Master Ash, has Drazen’s best interests at heart. This moral conflict is perpetuated through much of the book, and it’s not until the final episode that the full truth is revealed.

There are some great evocative moments in a wildly unpredictable story. One nice scene mythologises what we take for granted via the sense of wonder when Drazen experiences our world for the first time since his infancy. Day of the Magicians has an episodic nature, though, and the frequent jumps in tone and location eventually become a narrative weakness. They instil a dreamlike quality, and for all the conceptual strength of the background they continually tug at the anchor holding the plot in place. This is further undermined by a lack of credible characterisation. It’s not apparent from the beginning, but love is a key element, yet none of the cast ever convince as three-dimensional. Drazen drifts in and out of his relationship, Anja’s representation is of an adoring partner based on nothing more than childhood memories, and although Lancaster’s eventual fate is poignant, it’s undermined by his playing the cardboard villain.

There’s much to enjoy about Day of the Magicians, and Nizzoli’s art is superb, but expect good moments rather than a cohesive experience.