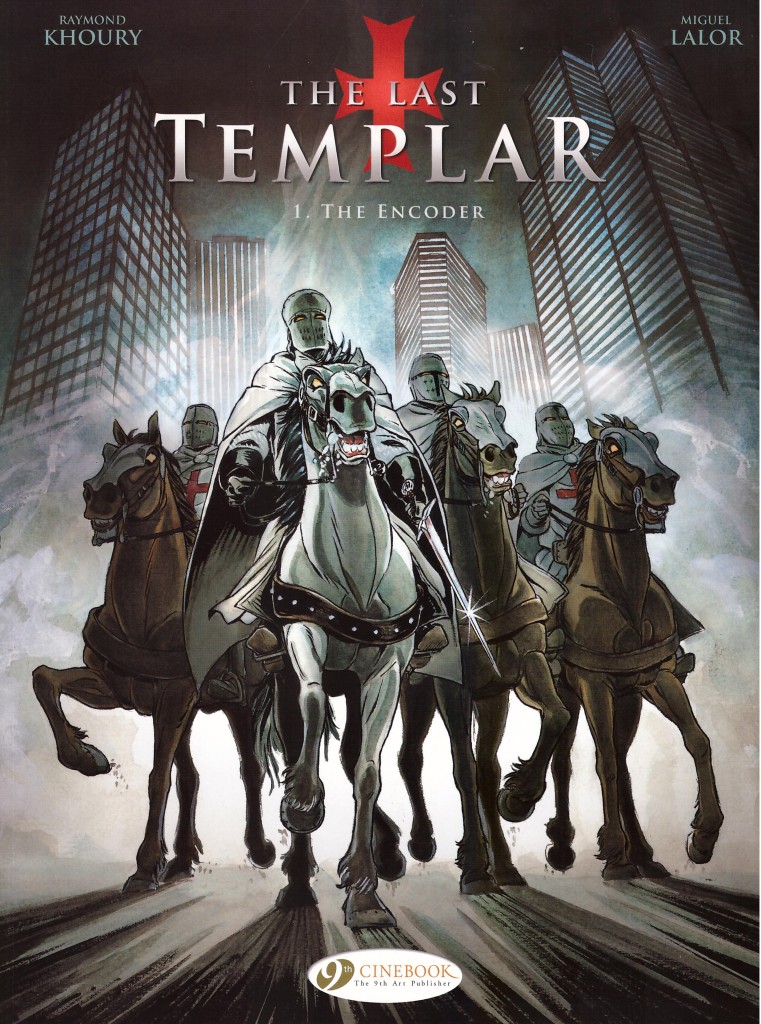 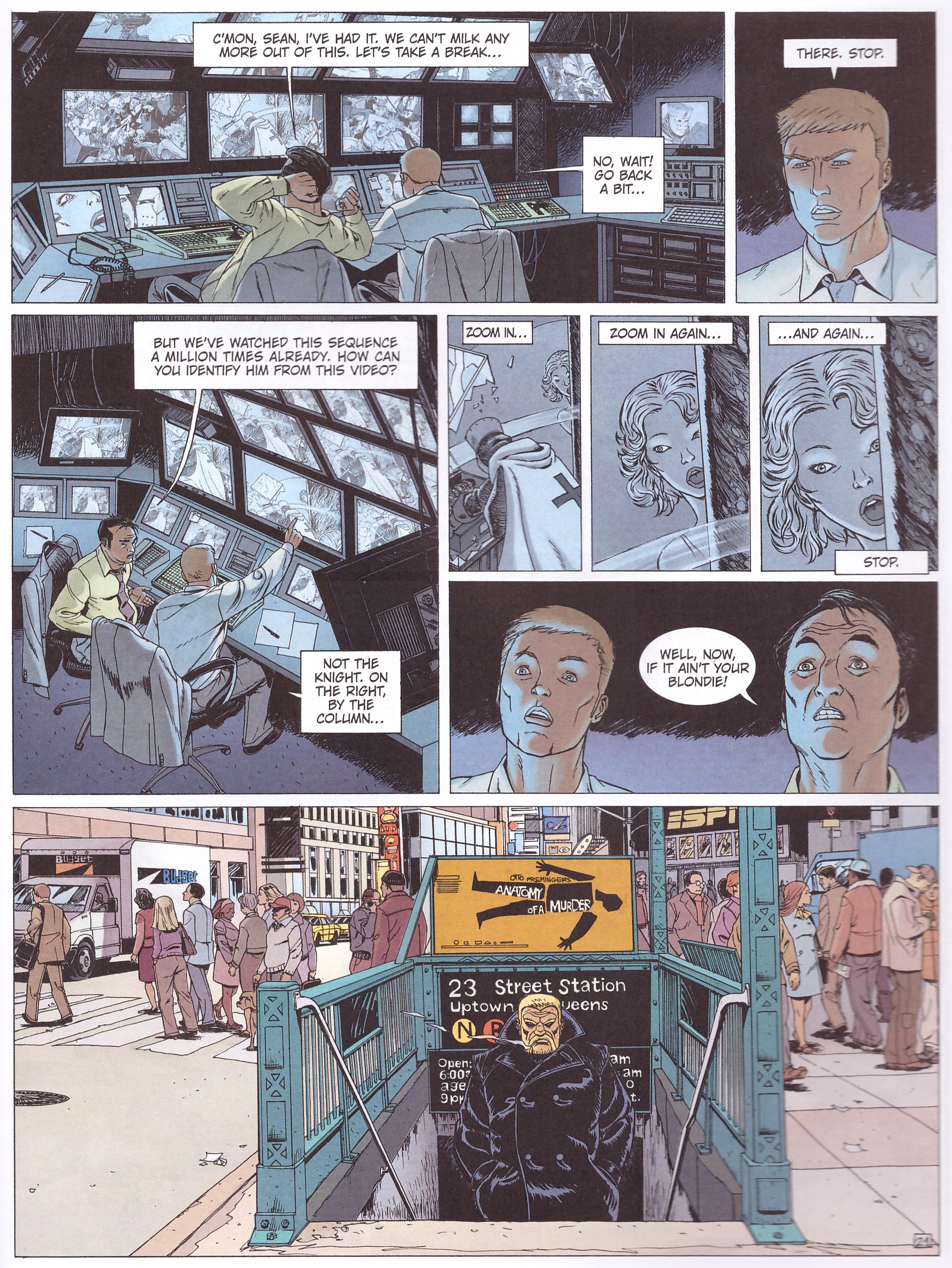 Raymond Khoury’s thriller novel The Last Templar tapped into historical matters revived to great interest in the post-millennial decade of the 21st century. Hidden sects, Vatican secrets and the mysteries of the Knights Templar all feature.

FBI agent Sean Reilly is present at the opening of an exhibition of the Vatican’s treasures in New York’s Metropolitan Museum, as is Tess Chaykin, an antiquities expert. It’s an event gatecrashed by four mounted knights who kill several people in the course of stealing several items, and one of these is a device with immense significance for those who know its purpose.

Miguel Lalor, both adapting and illustrating Khoury’s novel, employs such efficiency that were it not for the explanation or those aware of the original it would surely be presumed this was created as a graphic novel. It’s easy to see why an artist would be attracted to the subject matter as Khoury obviously has a visual imagination. The cover showing the four horsemen in Manhattan is both startling and symbolic, and Lalor’s internal depiction of the scene is masterful elegant restraint before cutting loose with the full pelt action and violence over the next pages. He also has the opportunity to illustrate an opening sequence set during the Crusades of the middle ages, other historical interludes and some superb car and bike action. Yet for all that Lalor the artist is disciplined enough to ensure conversations required to provide the background elements are convincingly staged. Thankfully Cinebook have chosen to publish their English translation as a large size European album to better display Lalor’s spectacular illustration.

Those conversations feature the occasional hiccup, the need to supply information in bulk sometimes giving the impression of characters lecturing to each other. This is infrequent and more than balanced by some superb storytelling. An example would be the smooth segue from a scene of FBI agents at a meeting to the introduction of a Vatican representative and his exit with Reilly. Lalor also delivers a wonderfully sinister design for the main villain of the piece, and some whimsical asides, such as Barclay James Harvest playing the Hard Rock Cafe.

Some story elements have a predictability, Khoury knowing which way his bread is buttered, so adhering to genre tradition by introducing an immediate spark between the two lead characters, encouraged by Kim’s mother. There’s also a modicum of manipulative button pushing when it comes to endangering children, and some patronising commentary, although as that’s largely from the Vatican official that could be revealed in the future as having a deceptive purpose.

By the end of the book a larger villain is uncloaked, the mystery has deepened, the relationship between Kim and Sean is taking tentative steps and there’s surely been enough action to drag anyone back for the continuation in The Knight in the Crypt. Job very well done. 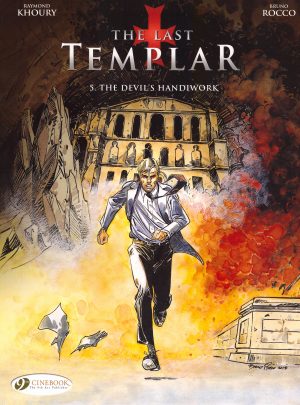