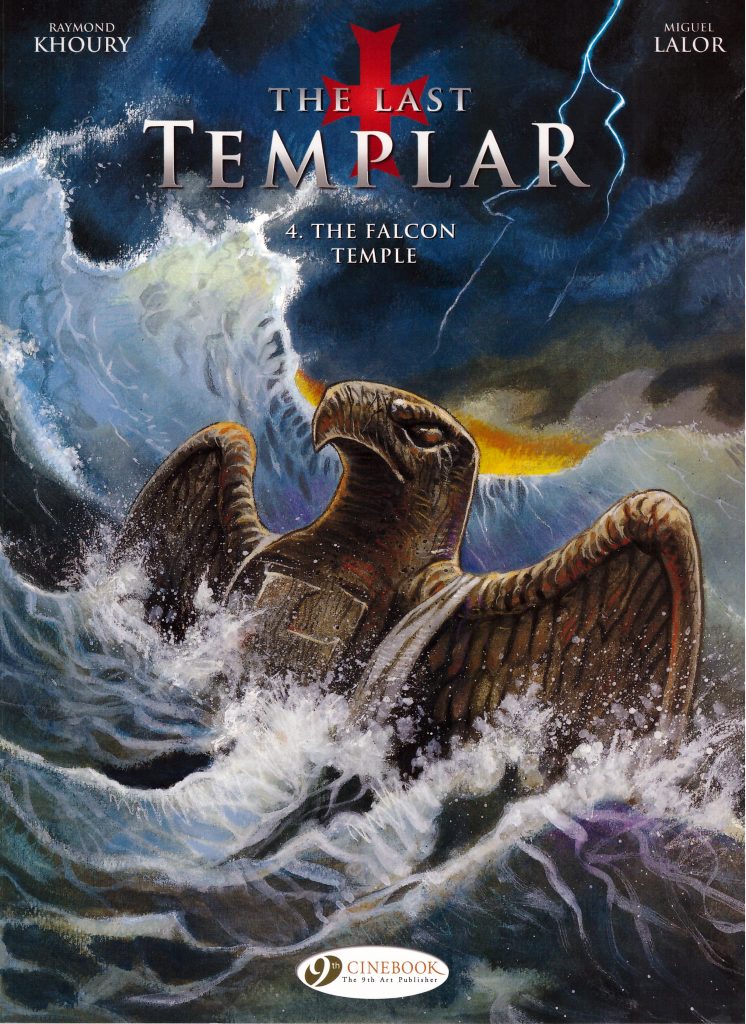 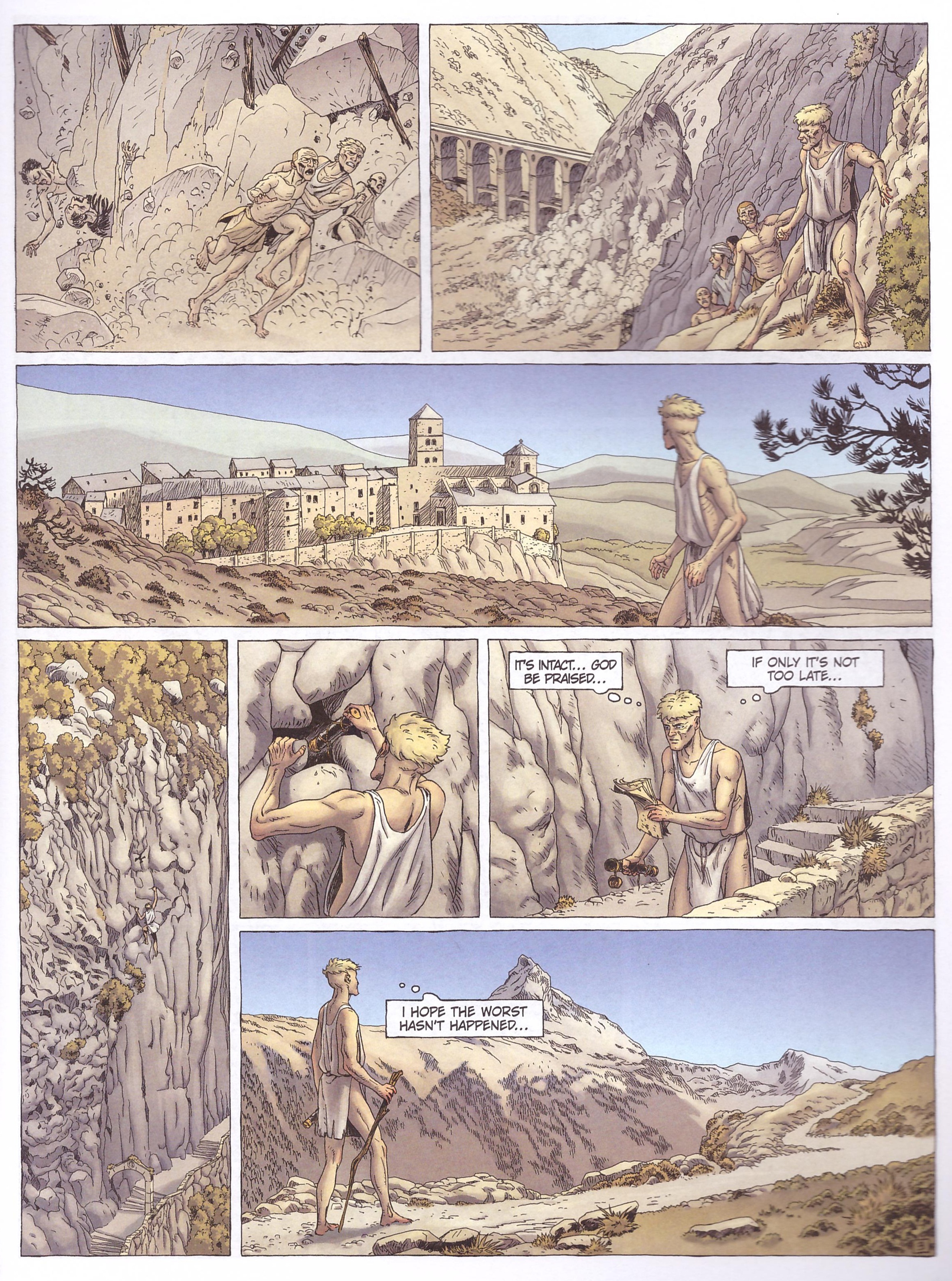 With this concluding volume adapting Raymound Khoury’s religious-based thriller novel, the core theme comes into focus, and it’s at what point faith becomes zealotry. At stake throughout has been the Catholic religion, and whether or not it’s based on falsehoods, and if so, should these be exposed, the consequences be damned. Several views around the matter are considered, and some views change. There are wordy, discussion-based spreads, but they slot more smoothly into the flow than the single example in isolation during The Sunken Church.

This shouldn’t give the impression that this conclusion is some intellectual or philosophical exercise. The Last Templar has slotted squarely into the action-thriller category from the start, and there it solidly remains, with guns aplenty, madness at sea and all drawn by Miguel Lalor in his impeccable and detailed figurative style.

14th century Knight Templar Martin ran into a problem at the end of the previous book, and the start of this sees him finally extricating himself from the situation 22 years later. He’s not needed again until the end, as the 21st century search for the lost documents of the Knights Templar takes precedence. Khoury separated his two lead characters Tess Chaykin and Sean Kelly during the previous book, and they drive the emotional tension. Both have their beliefs, but key to the story is that both are also able to sift fact and reason, adapting their views instead of repurposing evidence to suit fixed ideas. With both being designated targets, will they survive to have a reconciliation? The suspense is exceptionally well plotted, and perpetuated until the final pages.

We return to Martin for the conclusion, where Khoury drops his final plot bomb of a frenetic finale. An ending that reconfigures a lot of what’s gone before is a trick always to be admired, and so it is here, providing a certainty the 21st century cast will never have.

Khoury has written a sequel, and that’s adapted over two volumes starting with The Devil’s Handiwork.