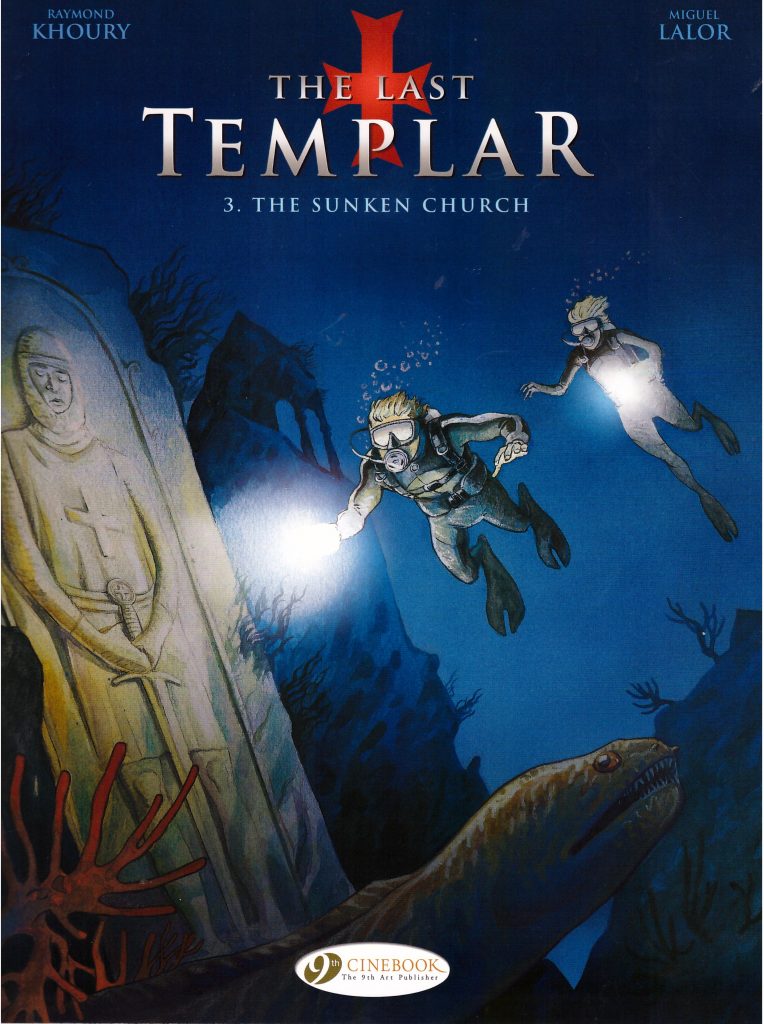 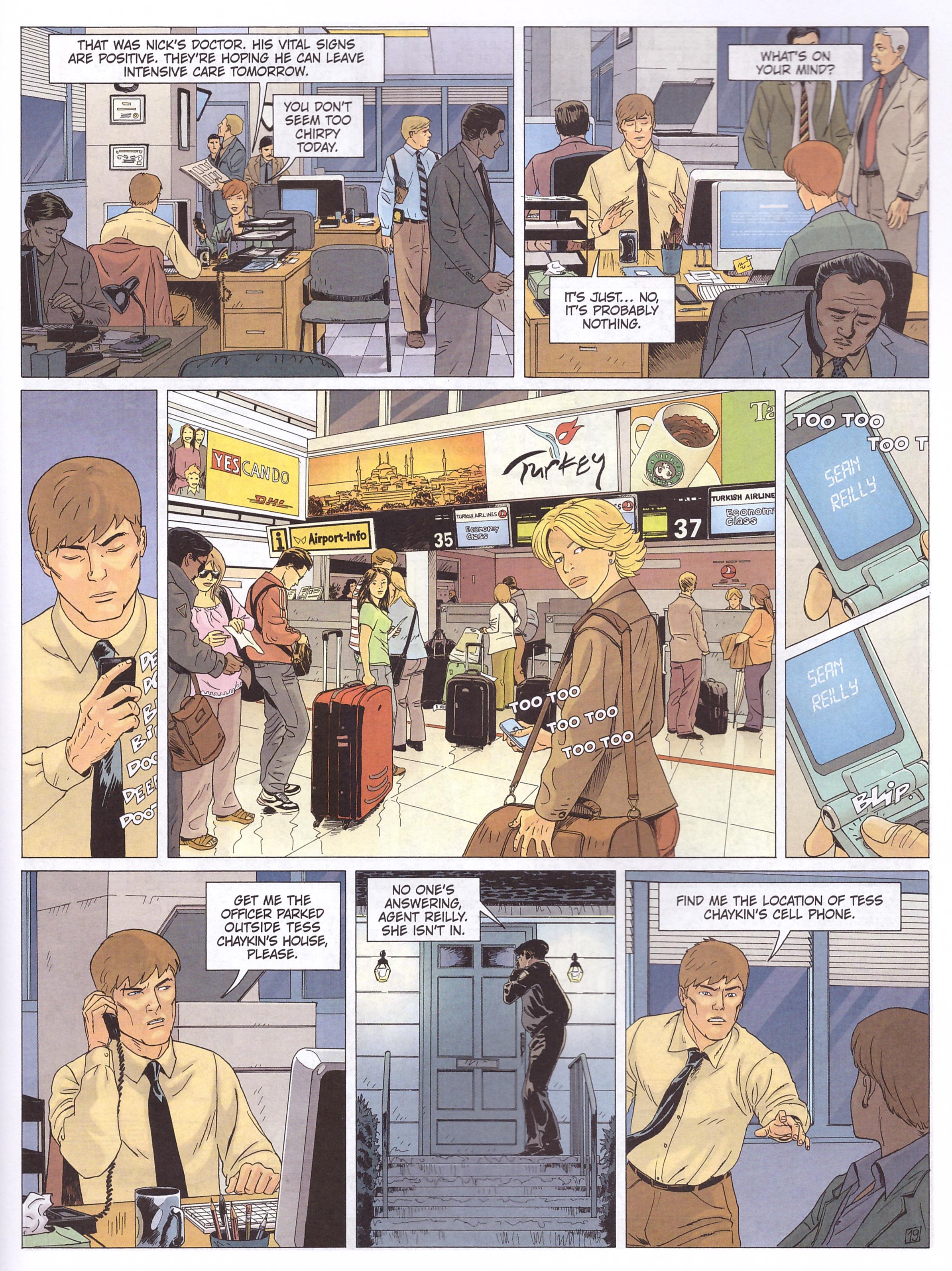 Raymond Khoury’s adaptation of his action-thriller novel continues in fine form with Miguel Lalor’s pacing and art matching his work on The Encoder and The Knight in the Crypt.

Some credibility is now being given to the assorted events that have resurrected interest in the Knights Templar of the 14th century, and the possible treasure they may have hidden. The FBI are taking it seriously enough to hold a meeting discussing the issues, and this also involves the Vatican, who seven centuries earlier had ordered the extinguishing of the Knights Templar and their Cathar community. As we’ve already seen, they’re playing a long game, pretending co-operation while actually being obstructive.

As previously, Khoury sustains tension via our knowledge that certain parties have an agenda not revealed to those they threaten, but the plot ensures plenty of twists beyond that. Antiquities expert Tess Chaykin has become fully immersed in the puzzles, and inclined to believe the theories of a rogue Professor as to what the Knights Templar were really concealing. As in previous books, the narrative is combined with trips back to the 1300s as we follow Knights Templar Hugh and Martin and their companions, now on foot, attempting to escape pursuing forces. We see them conceal a package, and the search for it becomes the primary focus of The Sunken Church. As previously, FBI agent Sean Kelly features, and there’s a slight lapse in the plot when he acts somewhat hypocritically given a significant revelation about him.

A further element rendering this slightly weaker than the previous books is that the plot to date has been dependent on taking a point of view regarding the legitimacy of the Catholic church. It’s adapted from the original novel, but a lengthy discussion of spiritual values over two pages bogs the plot down. This, though, is only isolation, as it’s scene setting for the essential ethical discussion at the heart of the next volume, The Falcon Temple. The compensation for this information dump is learning what it is the 14th century knights concealed, and its 21st century relevance. It’s in the 14th century that this episode ends, with circumstances not looking good for Martin, and the cast from the present day are now separated with a journey still to complete.

Lalor’s art is continually impressive, the slight flaws sunk deep. It’s notable that while he can compose spectacular sequences, he’s disciplined enough to rein himself in and tell the story. While there are enough action scenes, the explanations around them require periods of talking heads, and Khoury ensures, with the one exception mentioned above, that these never drop into dull exposition.

This dips below the standard set so far, but only very slightly, and there is a recovery in the concluding volume.