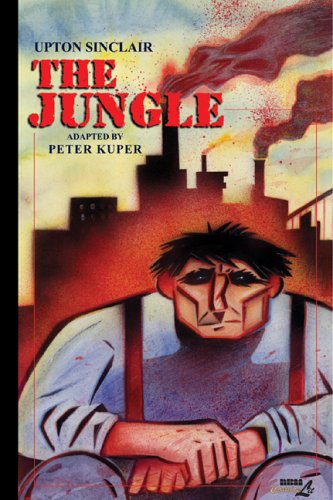 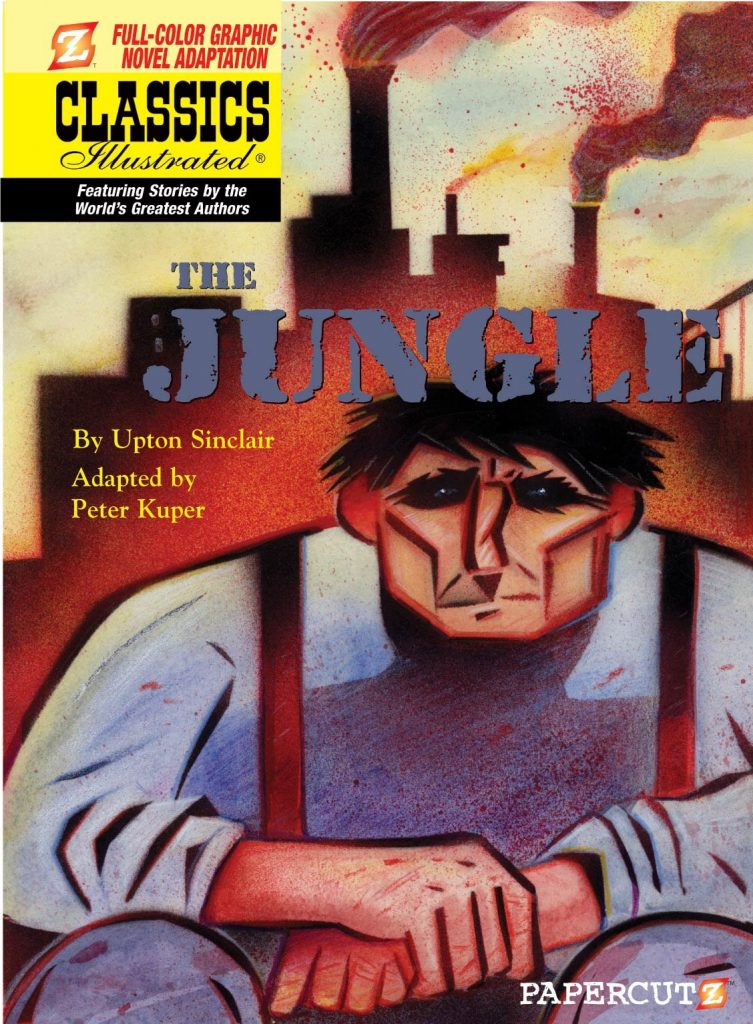 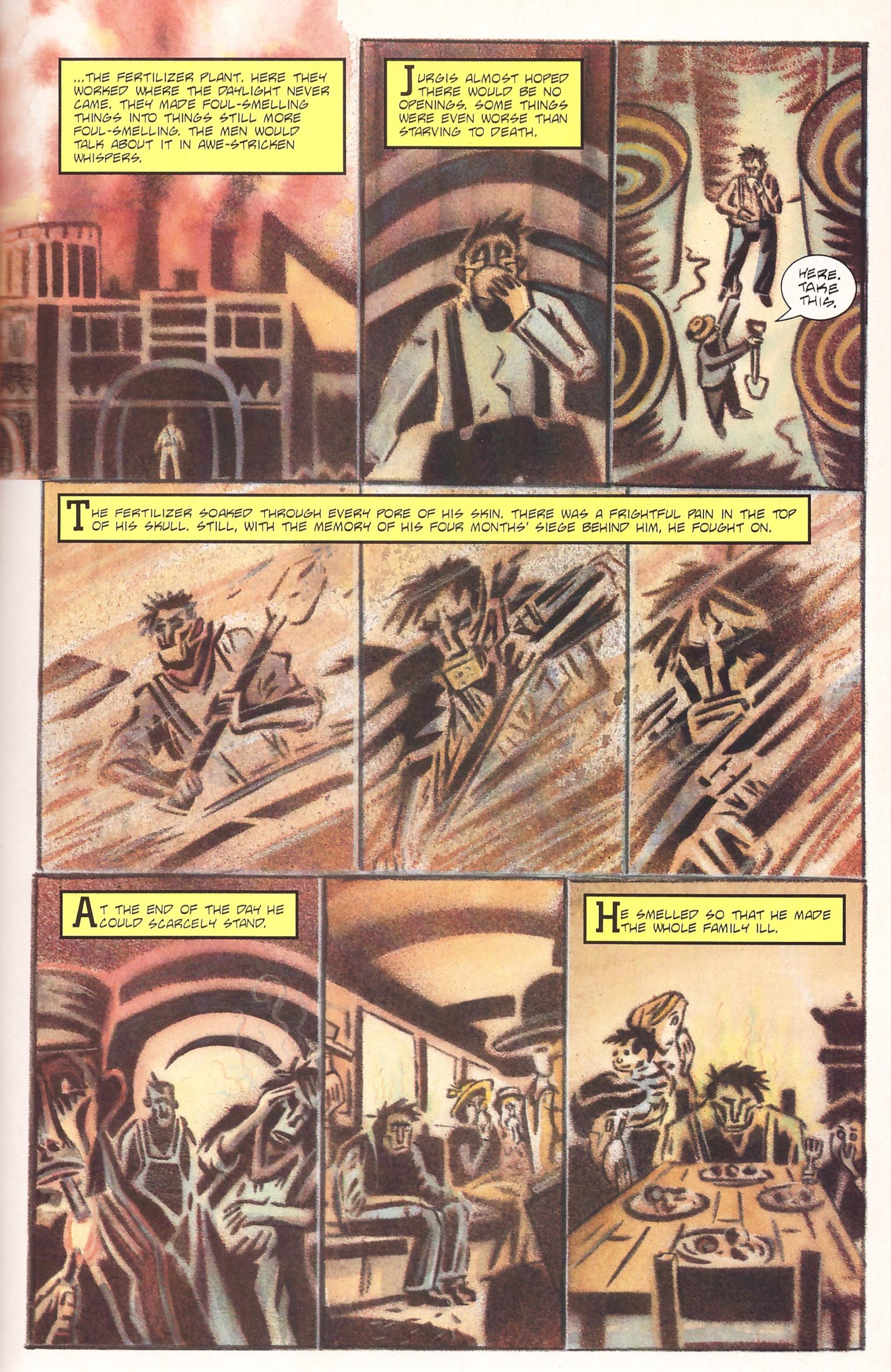 Upton Sinclair’s The Jungle is a heavyweight novel in terms of impact, page count and literary recognition, so Peter Kuper’s achievement in reducing the essence to just 44 story pages is remarkable. Faced with choices in how to manage this, Kuper prioritises Sinclair’s original intention of drawing attention to the exploitation of workers in Chicago’s meat processing industry, preyed on from all sides. The lack of concern renders as a dog eat dog world in a battle to survive. Sinclair’s readers in 1904 were more concerned about his revelations regarding unsanitary practices, and the resulting outcry led to factory inspections.

The focus of the unrelenting torment is Jurgis Rudkus, Ona, the young bride he marries to begin the story, and their extended families, recent US immigrants who’ve ended up in Chicago. Rudkis starts with optimism about his new life, scorning the idea of unionism, and with complete faith in his talents to earn a living and maintain payments on the house he buys, not fully realising the financial implications. That innocence is quickly replaced by a realisation as to how the system works.

Kuper’s contraction is thoughtful and sympathetic, even though he summarises multiple pages delivering Sinclair’s intent in well considered captions. These are accompanied by gloriously stylised illustrations. His stencilled art is ideally suited to the imposing machinery, haunted figures, and the horrors Jurgis encounters. For Jurgis himself Kuper uses the visual metaphor of him shrinking in size as his problems become far bigger than the bulky man he starts out as, and a centrepiece spread showing how desperate he is is a wonderful piece of conflict abstraction, as jarring as intended.

The Jungle is still a relevant novel, especially with the constant clamour for less regulation among the ignorant and those with powerful voices who’ll benefit, and Kuper’s stunning adaptation is also still relevant. His work was commissioned as part of a revived Classics Illustrated series in the 1980s, and has subsequently been reissued as part of that series by Papercutz, but the album sized NBM production is the most desirable version.