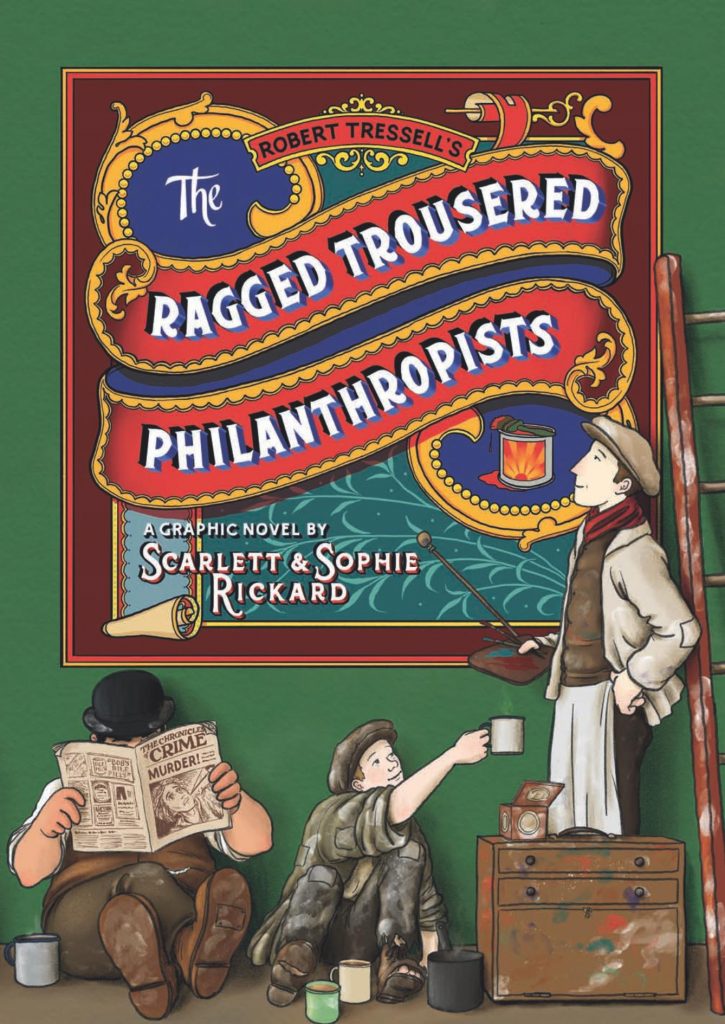 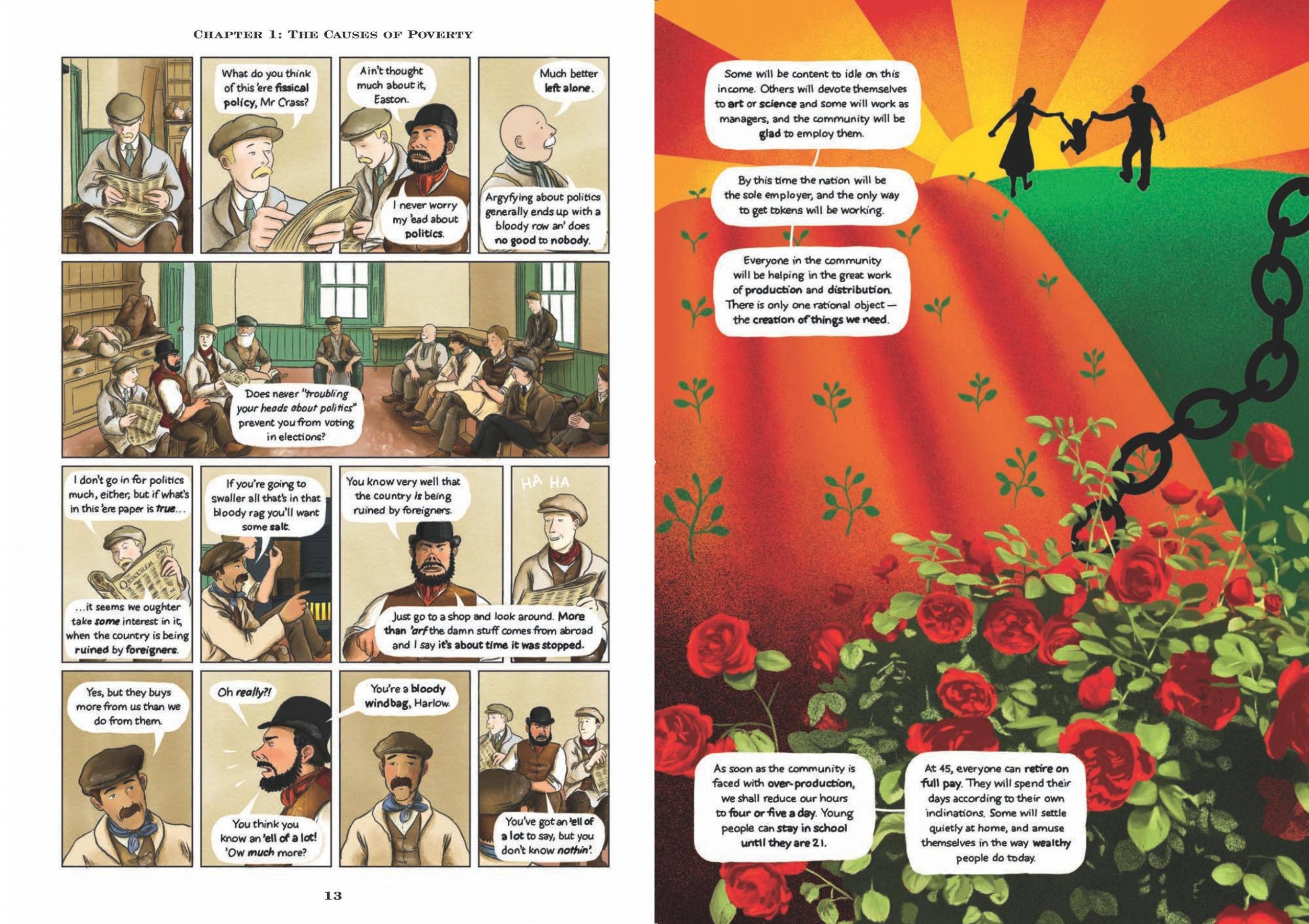 Just over a century since its original publication, Robert Tressell’s searing indictment of an uncaring establishment exploiting ordinary working people remains depressingly relevant. Tressell was the alias used by Robert Noonan, and it’s largely based on his own desperate attempts over the first decade of the 20th century to find work and keep his daughter from the feared work houses.

Tressell’s novel is long, needing to be in order to make its heartfelt points effectively, and very heavy on discussion and explanation as Tressell’s stand-in Owen lectures the group of tradesmen he works alongside. Scarlett and Sophie Rickard choose to be as faithful in spirit as possible. The focus is a group of men refurbishing a property, and a simple artistic style applies to the plain homes of working men (and pre-World War I it was largely men), but becomes decorative when the homes of employers are shown. A nice flourish is provided by the ornate chapter separators, and later steps into more abstracted cheery backgrounds to accompany a talk about socialism also impress.

The dialogue on the left sample page is taken directly from the novel, yet could be the grumblings in the UK as leaving the European Union was discussed a century later. Other characters have a blind faith God will provide, despite a lifetime of contradictory evidence. Sometimes via visual symbolism, the Rickard sisters bring through Tressell’s certainty of a rigged system, in whose interests that is, and chapter by chapter outlines the ills of society. It shows how workers only just remain above the poverty line even when in work, and the random unfairness of working practice. Early on we see a man sacked for taking too long to repair a door by a supervisor who feels new paint isn’t being applied quickly enough, when the workman is actually diligent in ensuring the job is done properly.

Even with 340 pages the Rickard sisters have difficulty adapting The Ragged Trousered Philanthropists, which would equally apply to anyone taking the task on. What Tressell wanted to say was largely embedded in the lectures Owen gives over the first half of the book, with the consequences he outlines occupying much of the second, but the novel surrounds these lectures with more ordinary affairs. While Tressell drops into occasional preaching, this adaptation exaggerates that in the service of prioritising the essence. It’s very much a Catch 22 situation.

So is Tressell’s conclusion in some respects, laying much of the blame on the ignorance of the exploited in contributing to their exploitation. He emphasises how little time working people have to do anything else, and in the days before a social security system any time without work was spent looking for it while building debt, yet he lambastes human nature is that inherent selfishness will ever prevent improvement.

Even if sympathising with the message, for today’s tastes The Ragged Trousered Philanthropists may be too direct. It lapses too often into lectures, and exaggerates the conniving villains too melodramatically. However, that it’s as relevant now as it was a century ago provides one hell of a lot of balance. Scarlett and Sophie Rickard bring this out, making us care about the tradesmen and their circumstances, and question how much progress there’s been in a century.