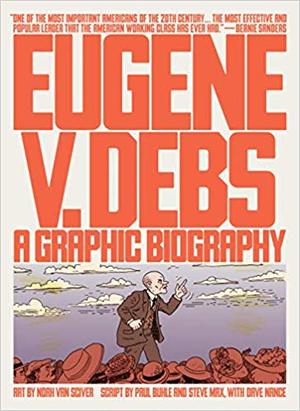 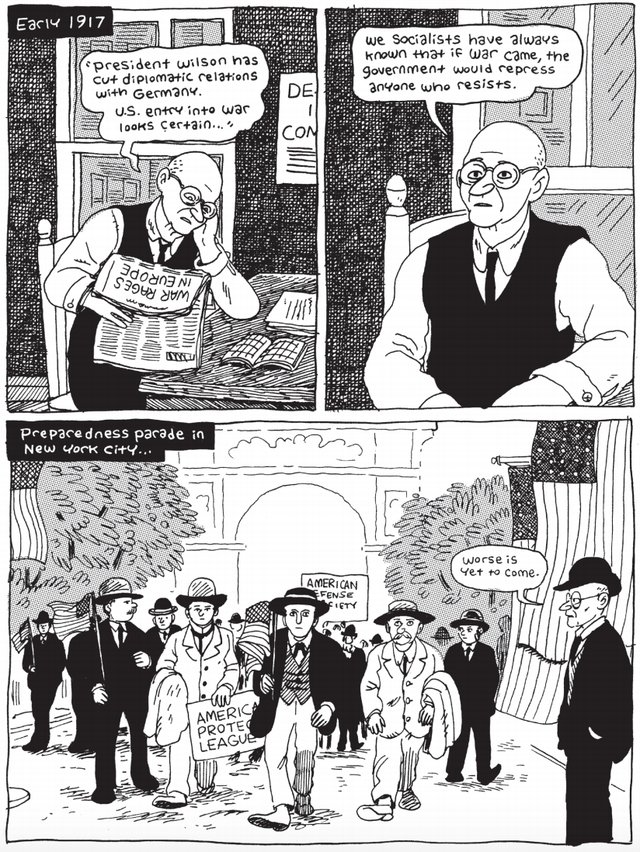 Whatever your political leanings, there’s no denying that Eugene V. Debs was a remarkable man. In a time when socialism was much needed from the end of the 1800s, he led a party that placed followers in political offices across the country. He was jailed for speaking out about World War I, and ran for President five times, in 1912 achieving over a million votes from his jail cell.

Debs was born in 1855 and grew up in a time when there was even less concern than today about Americans starving, and companies took advantage of the increased work force provided via immigration by lowering wages. In an age long before social media, as a union organiser and labour leader Debs supplied his message in the only way available, by tirelessly speaking to people at organised meetings across the country.

There’s no breakdown for the writing of a biography including text interludes. Dave Nance is noted as contributing “with” Paul Buhle and Steve Max, and the text pieces offer a greater understanding of the times. However, too much of this biography is a bullet point tour prioritising celebrity supporters rather than a full portrait. It’s noted, for instance, that in the face of public opposition Debs was far sighted enough to arrange for Susan B. Anthony to speak in Terre Haute, yet Debs’ wife Katherine Metzel, a woman it’s to be assumed had a great influence on him, is only seen in passing. Too many major events are mentioned, then glossed over, some crying out for greater explanation such as the connection between European and American socialists. When time is taken to examine something in more detail, such as the ten pages allocated to Debs’ 1917 arrest and trial for expressing anti-war views, this becomes a far more effective biography.

Initially disguising it not being that way throughout is Noah Van Sciver’s effective art. A simplicity characterises the busy panels, often featuring a letratone effect, and page after page of put-upon people, while his portraits of Debs are distinctive and dignified.

Debs’ biography only occupies the first hundred or so pages, with the remainder examining his legacy. It features the same disappointing lack of explanations and context. How did Norman Thomas fail to build on Debs’ achievements during the depression era? Was it changing times of lack of charisma? How did the very term ‘socialism’ become successfully tarnished from the mid-20th century onwards, adopted as a pejorative term by many ignorant of the concept?

Certainly a very deserving subject, this graphic biography of Debs only rarely connects, as while the writers know their history, they don’t convey important aspects as well as would be hoped. Fewer name checks and greater explanations without having to resort to the text essays would have been preferable. The end result is that while the basics are noted, there remains a gap for an insightful Debs graphic novel biography.