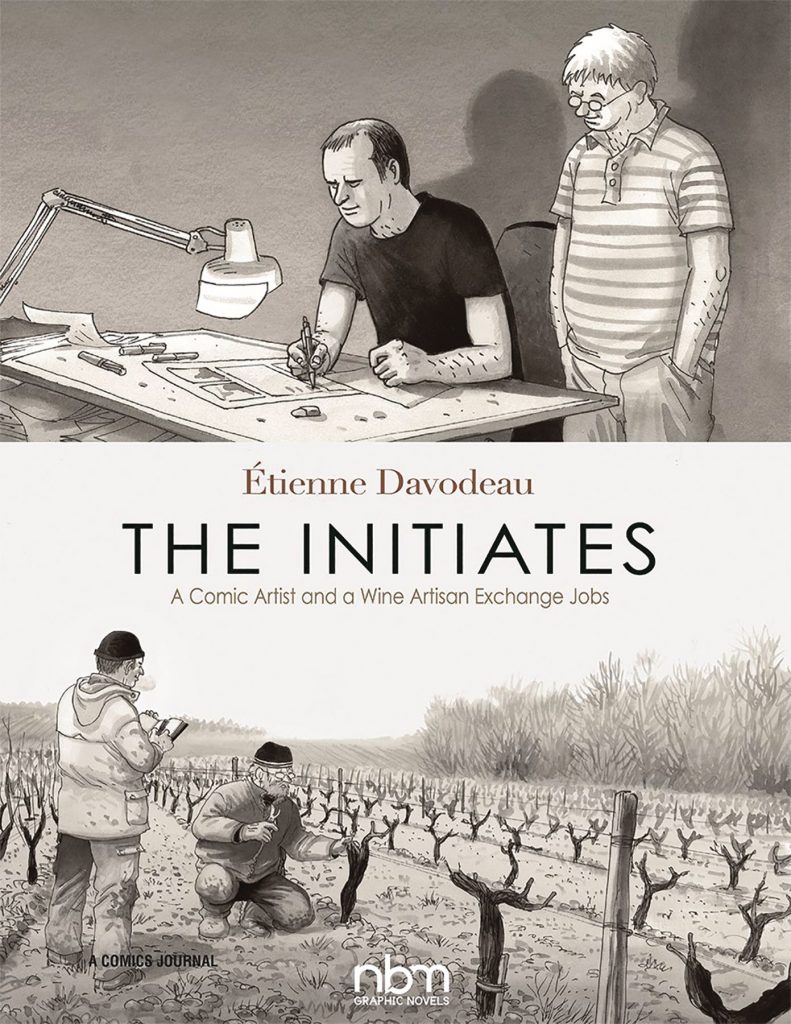 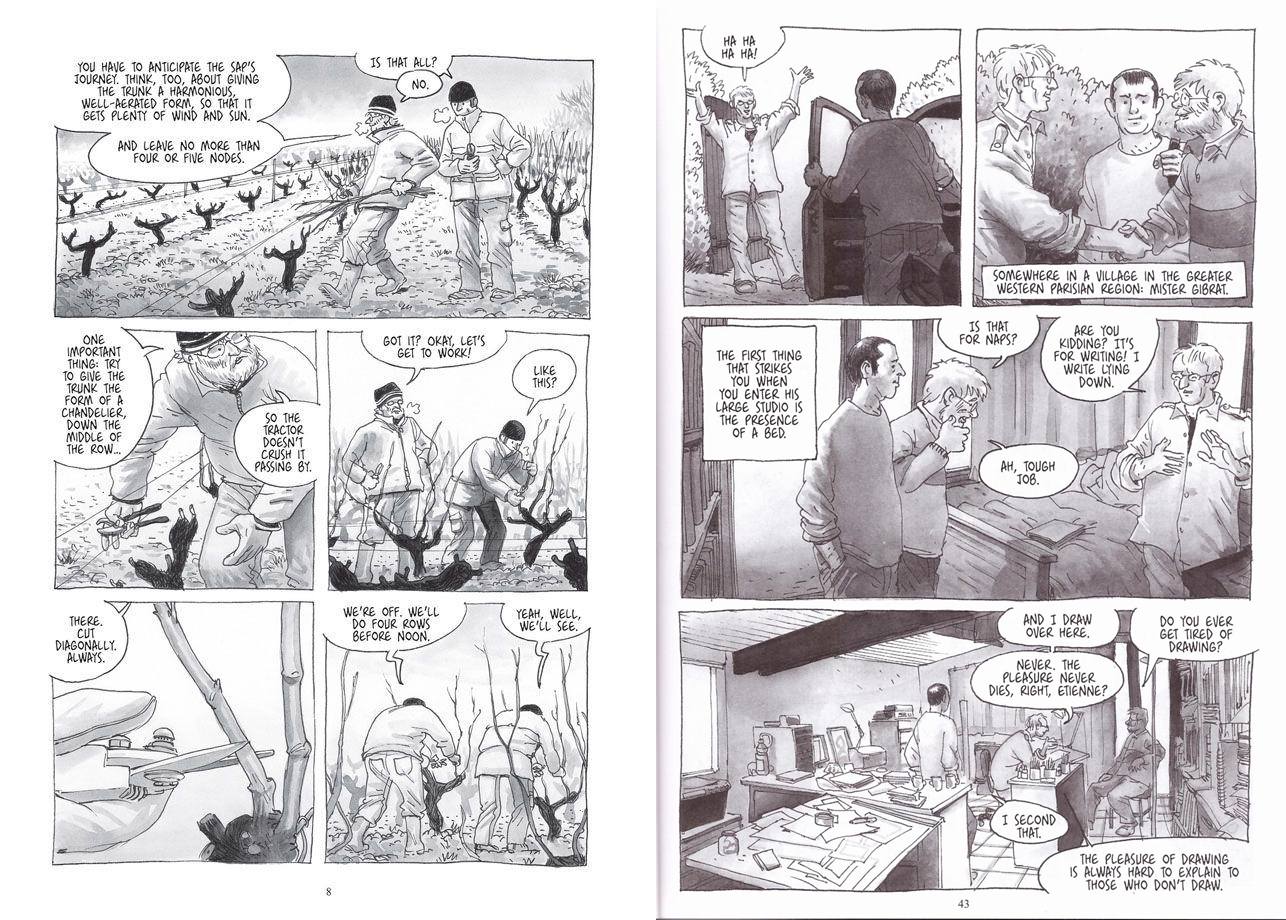 The Initiates is a fantastic idea uniting two intelligent and broad-minded people with a curiosity about what they don’t know. Richard Leroy is a respected Loire Valley vineyard owner whose wines have a high reputation and Étienne Davodeau is equally respected as a writer and artist of graphic novels. In 2010 they make a pact to learn about each other’s trade. Leroy gets some extra help in the vineyard and Davodeau can produce a story from the experience as he teaches Leroy about an art he’s never previously investigated.

Presumably because there’s far greater repetition in the process of drawing 260 pages of comic art, the wine trade dominates, but it fascinates also. It becomes clear Leroy is something of a maverick in the wine trade, prepared to contradict contemporary wisdom about procedures in order to produce what he considers the best possible bottle of wine. For him the quality of the wine is the absolute priority, so although he could make more money via expansion, or diluting the quality, or different processes, he chooses not to. As well as being honourable, he’s very likeable, prone to moments of anger and frustration like all of us, but a better man than most when it comes to criticism. He cares deeply about his wines, but can accept that others have different tastes. It applies equally to him, and some funny scenes have Leroy scrutinising substandard wine lists in restaurants.

It wasn’t necessarily Davodeau’s intention, but due to Leroy’s diligence and thorough explanations, The Initiates is a comprehensive and easy to absorb guide to the winemaker’s art over the course of a year. It begins with the pruning of the vines in January, and it’s inclusive. Much terminology associated with wine appreciation can transmit as pretentious and exclusive, so it’s very refreshing to have leading Jura winemaker Jean-Francois Ganevat note he prefers a wine that’s good for six months to one that lasts years.

Although not given as much space, Davodeau’s course in graphic novels is equally interesting. He’s able to introduce Leroy personally to masters such as Jean-Pierre Gibrat, Emmanuel Guibert and Marc Antoine Mathieu. Lewis Trondheim even supplies a page of art. Trondheim is the exception, but like Davodeau’s back catalogue, not enough work by the those mentioned and others noted has been translated into English (see recommendations). They discuss their procedures, and it’s interesting seeing Leroy’s unfiltered reactions to what he reads. He doesn’t get on with Lorenzo Mattotti’s books, but seeing his paintings offers a different understanding. That’s not the case for Moebius.

In the best sense of the term, there’s a consistently ingratiating tone to The Initiates. It draws the reader in, welcoming them while educating painlessly, and providing page after page of Davodeau’s neat grey wash illustrations in an enviously supple line. A final considerate touch is a page noting the comics read and the wines sampled. Sadly, a bottle of the 2010 Les Noëls de Montbenault, the wine created during the course of this book, will now set you back over £200. Settle down instead with a decent affordable bottle, a view of a vineyard somewhere and read The Initiates in ideal circumstances. It’s one hell of a way to spend an evening.