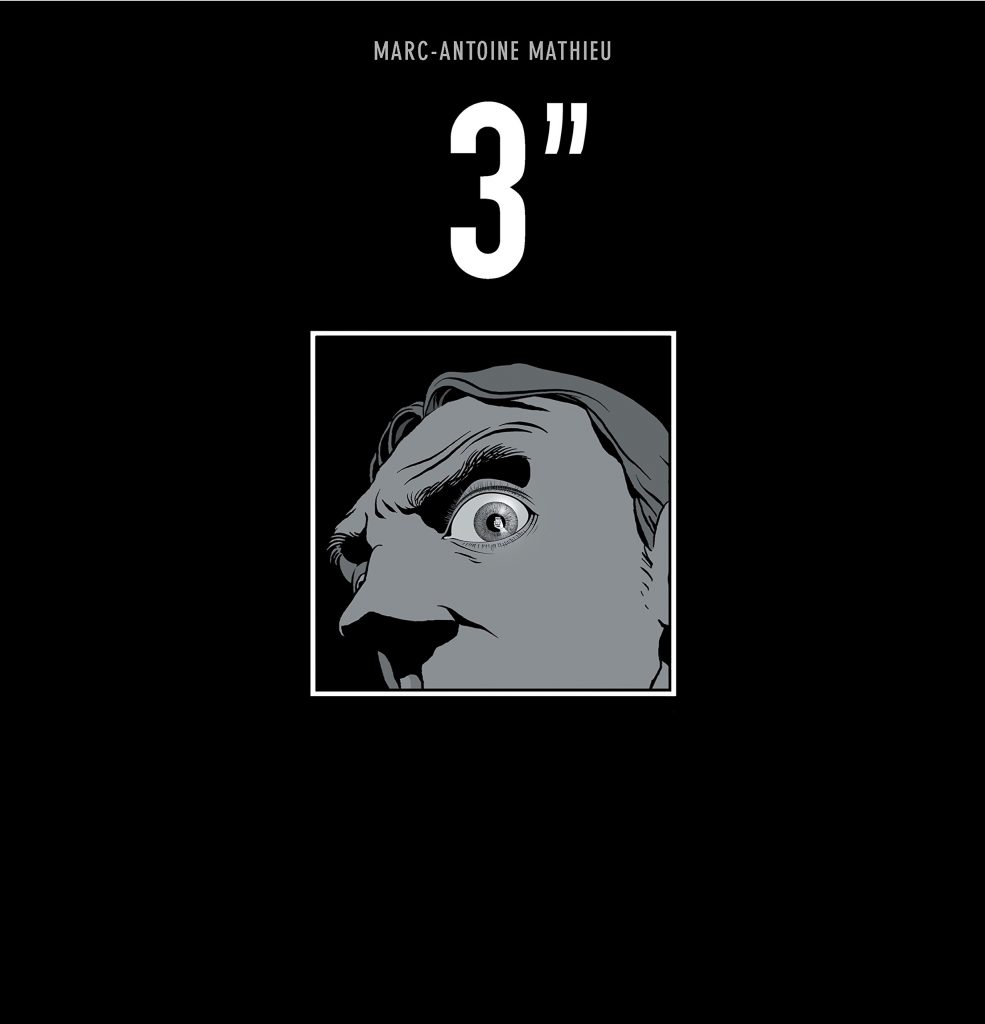 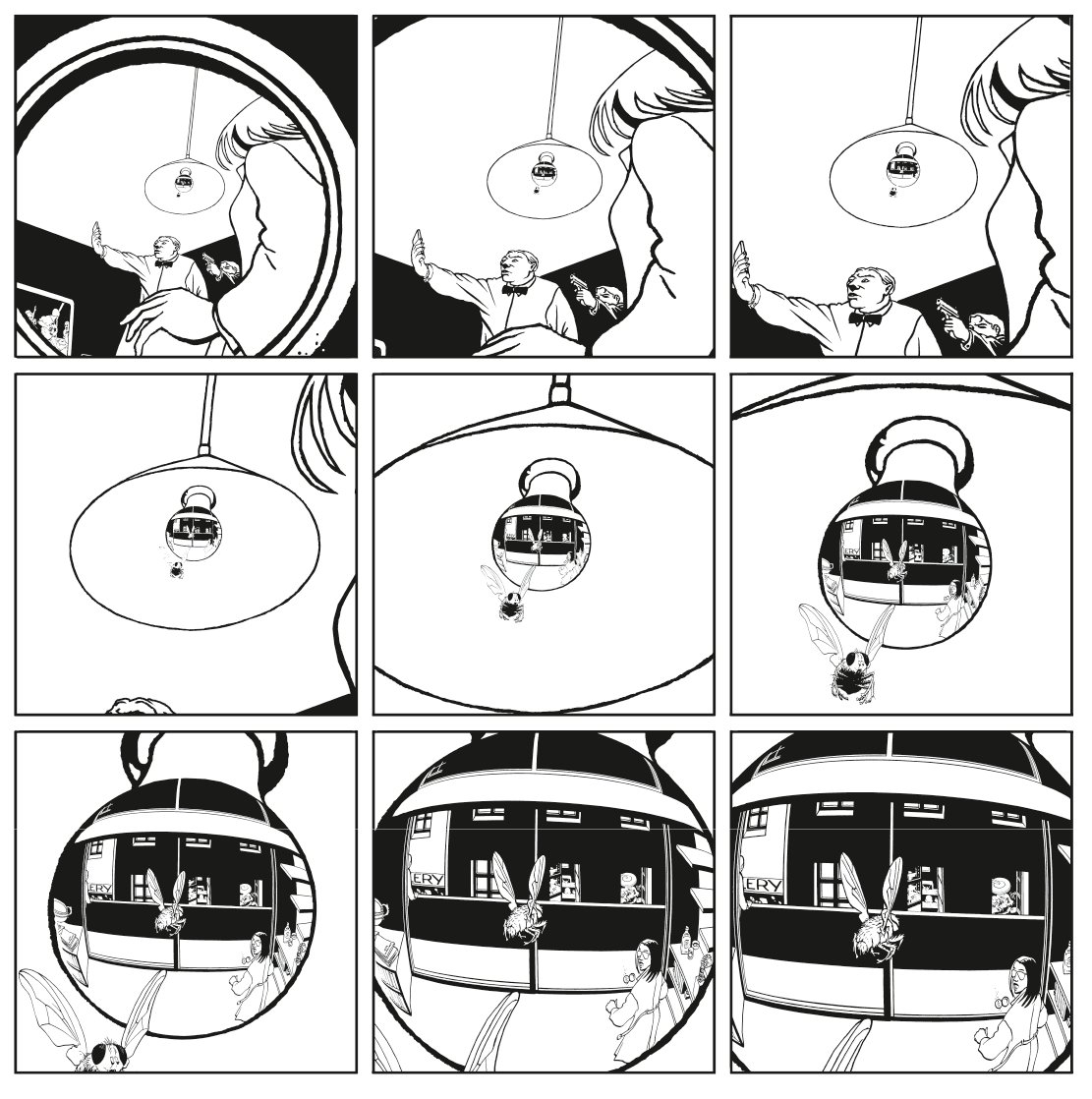 Is there little experimenting with the format of comics because the structure is too limited? Is it due to a lack of conceptual imagination? Whatever the reason, it doesn’t often happen, and after reading Marc-Antoine Mathieu’s 3” another reason might be added: the sheer amount of thought and work involved. The title refers to three seconds, not three inches as might be assumed, the time it takes for a light particle to travel 900,000 kilometres.

Mathieu is presenting a murder mystery, but not in the conventional way. The entire 68 pages occur during the three seconds of the title, as a fragment of a light beam travels across Earth. At the speed of light. What else? On its journey the light exposes a series of events unfolding, offering only fragmentary glimpses despite Mathieu using devices like mirrors and other reflective surfaces to prolong them and provide slightly different views. The opening pages, for instance, show someone looking at a picture on their phone, but about to be shot from behind. The scene is viewed as the light passes, in the mirror behind the events shown, as reflected on a polished metal bowl in the room, in a dropping compact mirror and as seen on a light bulb. The technical planning for these eight pages alone surely involved more work than a standard monthly American comic.

What follows is equally impressive as Mathieu uses an inventive succession of reflections to bounce the light around from place to place and reveal a bigger picture. We see assorted people, newspaper headlines, and sometimes the same picture in several different locations as a football match is taking place. It’s seen on a TV screen, a computer screen being watched by someone on a plane, and live in the stadium, Mathieu constantly recalibrating where the light travels and what it reveals. According to the introduction it builds a complete picture, enabling the reader to piece together a series of clues identifying what’s happening and why. It does, but requires putting a lot of work into studying the panels, which is nowhere near the work Mathieu put into them, and holding some to a mirror yourself might help.

An incredible storytelling density manifests as the light bounces around on its journey, and it’s quite the relief when concentration is broken for a few pages as the light is beamed into space, before returning via the metal of a satellite to reveal not all is what we’ve assumed. It’s an astonishing achievement, designed to be experienced digitally as well as on paper, although the site set up to accompany 3” has long lapsed. The film can be found on YouTube, but it’s the French language version and without being able to read French, solving the mystery is far trickier.

3” is immersive, clever and admirable, number one in a field of one. Ultimately, though, it’s an intellectual exercise not a compelling read, but a creation of magnificent ambition and prodigious work ethic.